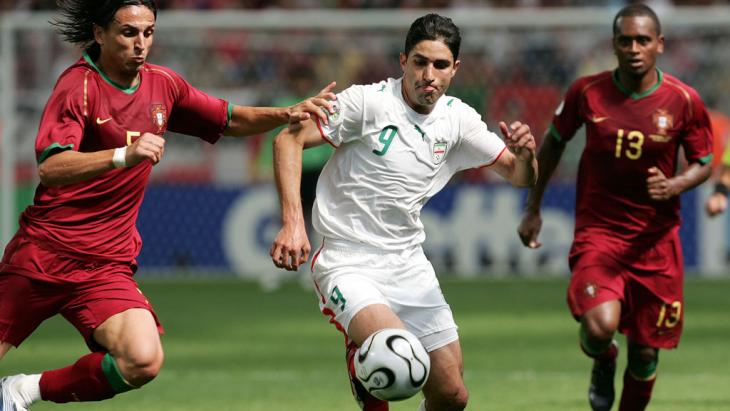 Lack of experience is the greatest obstacle

Vahid Hashemian played for the Iranian national squad during the 2006 World Cup in Germany. In an interview with Farid Ashrafian, he recalls the 2006 championship, compares current players with those of his own generation and considers the prospects for Iran in 2014

Mr Hashemian, eight years have passed since the Iranian national team played in a soccer World Cup. You yourself were part of the squad in Germany in 2006. What are your memories of the tournament?

Wahid Hashemian: I have very good memories. We were lucky at the time to be able to take part in the World Cup in a nation where we were already involved in the league. I've got wonderful memories and also interesting ones, as Germany organised the event brilliantly. The weather was also good that year and it really was a good world championship.

I also think we did a good job, first and foremost against Mexico and Portugal, which were two of the best teams; both reached the quarter finals. The memories are somewhat overshadowed by the disputes between the Iranian soccer association and FIFA. But on the whole, it's an honour for any player to take part in a World Cup, and I'm happy to have taken part with the Iranian team.

You suggested that in its group phase, Iran put in a good performance, above all against Mexico and Portugal. Do you think there might have been a possibility of Iran making second place in the group and moving through to the quarter finals?

Hashemian: Look, we played against a team like Portugal that represented a huge challenge even to the Mexicans, who were themselves a really good team. You must never underestimate yourself or see yourself as the loser from the outset. Nevertheless, they were realistically better than we were.

But if we'd had more professional, international experience and fewer disputes within the team, a draw against Mexico or Portugal might well have been feasible. After all, both matches were a draw until the 70th minute. Then we might have gone on to beat Angola. But there's no point in speculating like this; not when the best teams in the world are gathered together for a tournament – and quite frankly, the other teams were better! 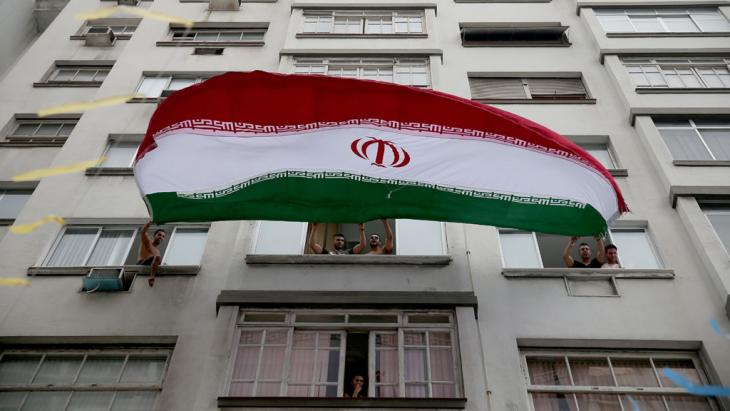 Iran has played at three World Cups: Argentina 1978, France 1998 and Germany 2006. Its one and only victory in these three tournaments was a 2–1 win over the United States in 1998. This time, fans will be hoping for more …

Let's take a look at the 2014 World Cup in Brazil and the Iranian team's participation. Of those players that took part in 2006, who is still on the national team (Javad Nekounam and Masoud Shojaei, for example)? How does the current generation of players differ from your own, and how do you think the squad will perform in Brazil?

Hashemian: Andranik Teymourian – hailed back then as a phenomenon within the national team and who performed well – will be on the team, as will Javad Nekounam and Masoud Shojaei – although he didn't play much last time. I think Amir-Hossein Sadeghi, a defender for Esteqlal, was involved in 2006 and will also be playing for Iran now. Otherwise there've been quite a few changes to the Iranian team; there are several new players as well as a new coach, so overall the squad looks quite different to the 2006 national team.

Do you think this squad can make it into the quarter finals?

Hashemian: I really hope it does and, of course, I wholly support my country's national team, but I repeat that we have to be realistic. Statistically, Iran stands little chance of winning, but anything is possible in soccer! Remember Greece unexpectedly winning the European Championships in 2004, for example. Iran has also sometimes put in a surprisingly good performance, and I hope that'll happen again. But we can't have unrealistic expectations of the national squad.

Iran's coach Carlos Queiroz is initially focusing on the team's first match against Nigeria, after all if Iran can win that match it'll be half way to the quarters. Do you think this is the right approach?

Hashemian: I don't think any of the three matches are going to be easy, so I wouldn't necessarily say that if they win their first match, they'll be going straight through. After all, the Iranian team might just as easily lose the two matches after that. I think everyone is underestimating the Bosnian squad. Bosnia has some very good players, some of whom play in Europe, in the English or German leagues. Bosnia may be one of the strongest teams in our group, so we mustn't underestimate what they're capable of. 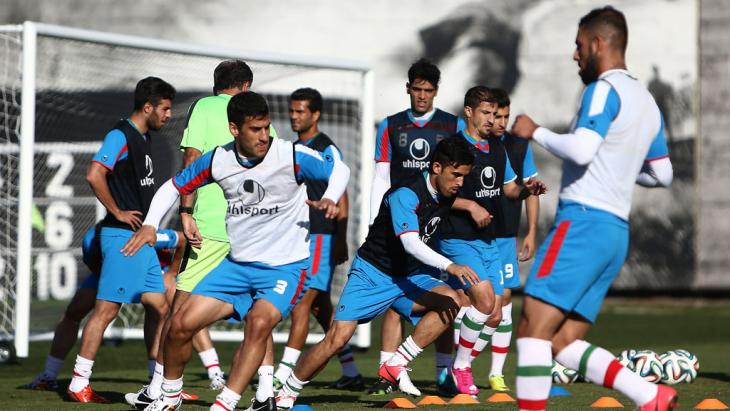 Iran's Head Coach Carlos Queiroz has said that after the "hell" of the qualification rounds, Iran has reached the "heaven" of competing in the world cup finals. He hopes that his team can "compete with honour" and make it past the first round of the World Cup for the first time

Are there any differences in the current national team's style of play in comparison to the squad that represented Iran in Germany in 2006?

Hashemian: Well, in 2006 we had an excellent team with some experience of foreign leagues. My sense is that the current Iranian team will have a few problems because of a lack of experience. Our players don't play that much in Europe and that can be somewhat problematic when it comes to the major matches if they lack that experience.

Which teams do you tip to win this competition?

Hashemian: Well, first and foremost Brazil. I also think Germany, Spain and Argentina are major contenders for the title. These teams have a real chance of winning, but let's see how things pan out!

What sort of changes do you think the 2014 World Cup will bring? Four years ago, the Spanish 'tiki-taka' style of play was all the rage. What will be the modern style this time?

Hashemian: Teams have been honing their counterattacks and they way they move from defence to attack and back again. I think we'll see an increasing focus on counter-tactics and, because of the closed defence, free kicks will play a decisive role.

In the run up to Iran’s presidential election, Supreme Leader Ayatollah Ali Khamenei has sought to entrench his power. Alex Vatanka asks whether a sharp slump in voter turnout ... END_OF_DOCUMENT_TOKEN_TO_BE_REPLACED

Turkey's parliamentary and presidential elections are scheduled for June 2023. But they are already casting a shadow. While the opposition is calling for early elections, ... END_OF_DOCUMENT_TOKEN_TO_BE_REPLACED

Despite promises to the contrary, the social and economic situation in Iran deteriorated under President Rouhani, prompting two nationwide revolts in recent years. Yet the social ... END_OF_DOCUMENT_TOKEN_TO_BE_REPLACED

Starting 29 May, the "Epic Iran" show at London's Victoria & Albert Museum delves into 5,000 years of art, design and culture of the country. ... END_OF_DOCUMENT_TOKEN_TO_BE_REPLACED

By stage-managing his re-election in a poll widely dismissed as a farce, Syria's President Bashar al-Assad has killed two birds with one stone: he has forced his compatriots to ... END_OF_DOCUMENT_TOKEN_TO_BE_REPLACED

On the face of it, the Iran of 2021 still bears considerable resemblance to the Islamic theocracy that was established following the overthrow of the Shah in 1979. Yet, although ... END_OF_DOCUMENT_TOKEN_TO_BE_REPLACED
Date:
Mail:
Send via mail

END_OF_DOCUMENT_TOKEN_TO_BE_REPLACED
Social media
and networks
Subscribe to our
newsletter