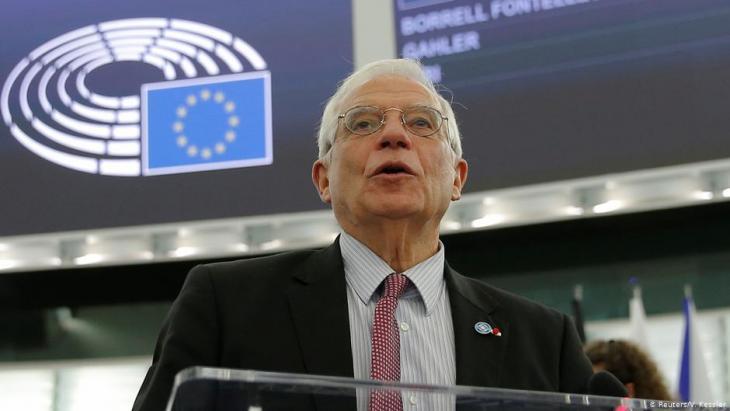 Fifth anniversary of the JCPOA
Saving the Iran nuclear deal

Five years after the Joint Comprehensive Plan of Action was concluded, it is on life support, following the US's reinstatement of sanctions and Iran's return to enrichment activities. Before two decades of diplomacy are squandered, all parties involved must step back from the precipice, says Josep Borrell, High Representative of the European Union for Foreign Affairs and Security Policy

Five years ago this month in Vienna, the E3/EU+3 (China, France, Germany, the Russian Federation, the United Kingdom, and the United States, along with the European Union's High Representative for Foreign Affairs and Security Policy) and Iran agreed to the Joint Comprehensive Plan of Action (JCPOA). To mark the fifth anniversary of that occasion, we should acknowledge a simple reality: without this deal, Iran could have developed nuclear weapons by now, adding yet another source of instability to a volatile region.

Today, the JCPOA is under great pressure on multiple fronts. I am convinced that action to preserve it is not just necessary but urgent, for at least two reasons. First, it took more than 12 years for the international community and Iran to bridge their differences and conclude a deal. If the JCPOA is lost, no other comprehensive or effective alternative will be waiting around the corner.

The international community's concerns about Iran's nuclear programme go way back. Discussions to lay the groundwork for a negotiated solution began in 2003 at the initiative of the French, German, and British foreign ministers, and were soon joined by then-EU High Representative for Foreign Affairs, Javier Solana. He and his successors, Catherine Ashton and Federica Mogherini – all of whom were supported by the European External Action Service – always kept the door open for a diplomatic solution. And, after many ups and downs, the JCPOA eventually became a reality. 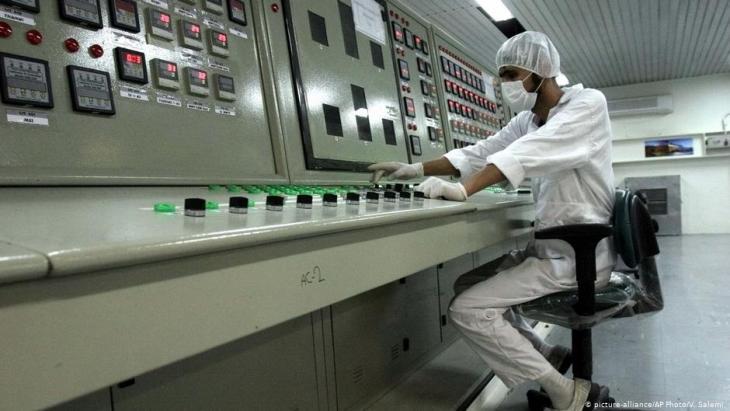 The deal would have not been possible without diplomatic persistence. It required the full buy-in not just of the United States, but also of Russia, China, and of course Iran. The final agreement was solid. At more than 100 pages, and with several annexes, it set out all of the details for a clear quid pro quo: Iran would abide by strict limitations on its nuclear programme in exchange for the lifting of nuclear-related economic and financial sanctions.

The JCPOA is enshrined in international law through UNSC Resolution 2231 (which needs to be fully implemented). It stands as a prime example of what European diplomacy and effective multilateralism can achieve within the rules-based international order. But the process leading up to it was lengthy and difficult, all but ruling out another chance at a deal. Second, the JCPOA is not merely a symbolic success. It delivered on its promises, and proved effective. Owing to the unprecedented level of access that it provided for the International Atomic Energy Agency, the IAEA was able to confirm in 15 consecutive monitoring reports between January 2016 and June 2019 that Iran had met all its obligations under the deal.

As such, Europe and other partners lifted sanctions, as specified in the agreement. Iran's international isolation was coming to an end, setting the stage for a restoration of normal economic and trade relations with the rest of the world. In May 2018, however, the US decided to withdraw from the JCPOA and reinstate sanctions in pursuit of a new strategy of "maximum pressure".

Although the restoration of US sanctions clearly had negative effects on Iran's economy and people, Iran continued to adhere to the deal for another 14 months. But now, Iran is once again accumulating worrying levels of enriched uranium and acquiring new nuclear know-how. The JCPOA is being further eroded, and fears from the past are resurfacing. In January, France, Germany, and the UK formally expressed their concerns about Iran's renewed enrichment activities, and urged it to return to full compliance. Iran, similarly, has voiced its own concerns, arguing that it has not received the expected economic benefits from the lifting of sanctions.

As the current coordinator of the JCPOA, I will continue to work with all remaining parties to the deal, as well as with the entire international community. We will do everything possible to preserve what we achieved five years ago, and to ensure that the deal remains effective. It is important to remember that the Iranian nuclear programme remains under tight scrutiny, with its peaceful nature being constantly verified. Thanks to the IAEA inspections regime, we continue to know a great deal about the Iranian nuclear programme, even under the current circumstances. If the agreement were to be lost, however, we would lose these insights and be set back by two decades.

I firmly believe that the JCPOA has become a key component of the global non-proliferation architecture, which is why I continue to call for all parties to remain committed to its full implementation. Iran, for its part, must return to full compliance with its nuclear obligations; but it also needs to be able to reap the economic benefits envisioned in the agreement.

Having already established measures to protect our companies against extraterritorial US sanctions, we in Europe can do more to satisfy Iranian expectations for legitimate trade. The EU will intensify its efforts to build bridges and narrow the gaps among all concerned parties.

I am convinced that if we do manage to preserve the JCPOA and ensure its full implementation, it can become a stepping-stone toward addressing other shared concerns, including those related to regional security. We need to return to a more positive dynamic. When the moment is ripe, we must be ready to build on the deal. The EU is willing to do so. But the first step is to protect the Iran nuclear deal as it is, in its entirety, and for all parties to comply fully with their obligations.

Josep Borrell is EU High Representative for Foreign Affairs and Security Policy and a vice president of the European Commission.

Analyst Iyad El-Baghdadi examines the ongoing tensions between the United States and the two Gulf states – Saudi Arabia and the UAE – and their geopolitical implications in ... END_OF_DOCUMENT_TOKEN_TO_BE_REPLACED

From the Euphrates to the Mekong, dams that ensure one country's water supply risk leaving others parched. But shared water resources can be a source of peace as well as conflict ... END_OF_DOCUMENT_TOKEN_TO_BE_REPLACED

For over fifty years, British photographer Peter Sanders travelled across the Middle East and further afield, seeking out the saints of Islam. His work uncovers a little-known ... END_OF_DOCUMENT_TOKEN_TO_BE_REPLACED

Europe's double standard on refugees, exposed yet again by the war in Ukraine, is morally deaf and geopolitically dumb. Europe can only defend itself by persuading developing and ... END_OF_DOCUMENT_TOKEN_TO_BE_REPLACED
Author:
Josep Borell
Date:
Mail:
Send via mail

END_OF_DOCUMENT_TOKEN_TO_BE_REPLACED
Social media
and networks
Subscribe to our
newsletter