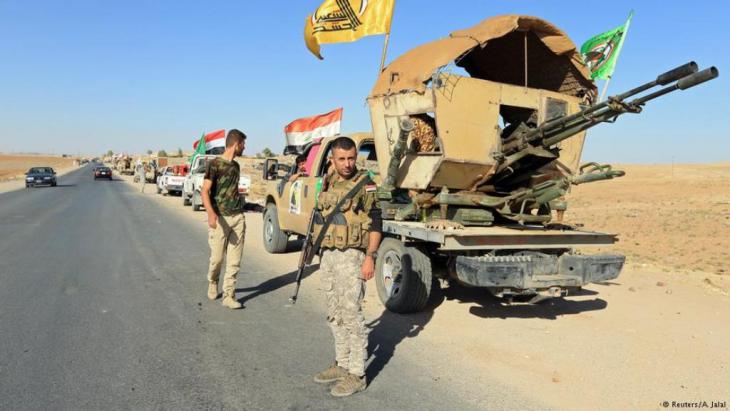 By going ahead with the referendum on independence, Massoud Barzani has forfeited the support of his international allies, while bringing tensions with Iraqi central government to a dangerous head. If Barzani hoped the referendum would consolidate his own power base, he couldn′t have been more wrong. An analysis by Cigdem Akyol

When Kurdish troops recaptured the northern Iraqi city of Sinjar from Islamic State (IS) two years ago, Massoud Barzani gave a triumphant speech. Following the successful major offensive, the Kurdish leader promised – against a breathtaking mountainous back-drop – that only the Kurdish flag would fly there in future.

But today the Iraqi flag is flying in Sinjar and in recent weeks the northern Iraqi Kurds have lost much of what they built up after the toppling of Iraqi dictator Saddam Hussein in 2003.

Last week, Iraqi Prime Minister Haider al-Abadi deployed troops and Shia militias supported by Washington and Tehran, which then took over areas that had up to now been controlled by the peshmerga. First and foremost the oil-rich and strategically important province of Kirkuk.

On Friday 20 October, the Iraqi joint forces command reported it had taken the village of Altin Kopru in the Kirkuk conflict zone. This places Baghdad troops just 50 kilometres from the Kurdish capital Erbil.

After the Kurds voted almost unanimously in favour of independence on 25 September, the President of Iraqi Kurdistan did not gain authority, but lost it – thereby achieving the exact opposite of what he actually wanted.

This is because Barzani, of the Kurdistan Democratic Party (KDP), went through with the referendum despite vehement national and international objections and threats, not to mention opposition from rivals belonging to the Patriotic Union of Kurdistan (PUK), who regarded his actions as wrong in view of the bitter opposition from central government.

Member of parliament for the PUK Ala Talabani complained, for instance, that Barzani had pushed the referendum through "by force". He went on to say that the Kurdish president had ignored all requests to postpone the vote and rejected mediation offers from the UN, as well as a compromise proposed by Iraqi President Fouad Massoum. 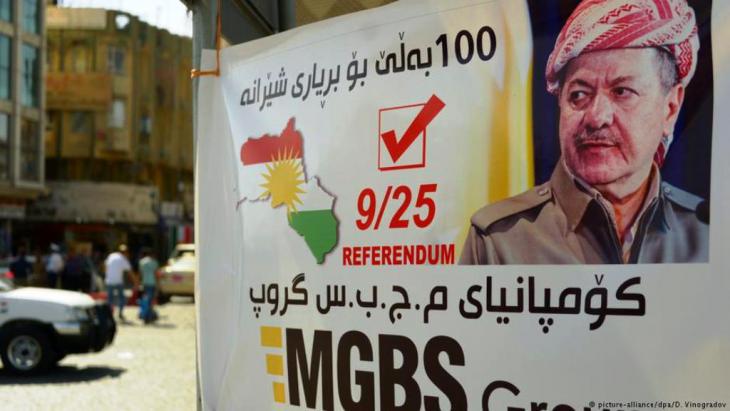 A calculated move: ″that Barzani chose this precise moment to conduct a referendum on Kurdish independence – one motivation stands out above all else: among his own people, the long-time clan chief has become increasingly unpopular,″ writes Cigdem Akyol in her analysis


The referendum did, as expected, result in a majority vote in favour of independence, but instead of bolstering the Kurds' negotiating power, this has now been weakened. The vote turned out to be a total miscalculation by the Kurdish president, who did not secure international backing for his bold move.

After all, apart from Israel, there is neither regional nor international political support for such independence ambitions. Baghdad, the UN, U.S., EU, Iran and Turkey all spoke out against the referendum, in some cases issuing serious threats. But Barzani threw all caution to the wind.

And now, it is first and foremost the government of Baghdad that is moving to penalise Iraqi Kurdistan. Ankara has also congratulated Baghdad. "Kirkuk is again in the hands of the Iraqi government – a highly positive development," was the happy statement issued by Turkish Prime Minister Binali Yildirim. And in Tehran, Ali Akbar Velayati  – foreign policy advisor to Ayatollah Ali Khamenei – rejoiced that Iraqi troops had prevented the creation of a second Israel in northern Iraq.

The Iraqi Kurd parliamentarian Mahmud Osman also described Barzani's approach as a "miscalculation". The politician said he had warned Barzani before the referendum that current circumstances in the region meant that there was no chance of attaining independence.

U.S. President Donald Trump then announced that the U.S. would remain neutral in the conflict and not take sides. "We've had very good relations with the Kurds for many years," said Trump.

That Barzani chose this precise moment to conduct a referendum on Kurdish independence – one motivation stands out above all else: among his own people, the long-time clan chief has become increasingly unpopular.

Even after his official term of office had expired, he remained president, stripping the region′s elected parliamentary representatives of any political power. The issue of independence was a chance to regain his popularity.

But as well as territory, the Kurdish parties as a whole have also lost respect – Barzani has not even managed to unite the Kurds at home. The PUK, founded by the former Iraqi President Jalal Talabani, has felt disregarded by Barzani for a long time now and blames him for lining his pockets with revenues from the oil fields captured in the battle against IS.

"Massoud Barzani's media accuse us of treason, but no-one knows where the money from the oil fields controlled by Barzani's party since June 2014 has gone," said the late Jalal Talabani.

As Iraqi government troops advanced on Kirkuk – the "Kurdish Jerusalem" – PUK troops withdrew, for the most part with no resistance.

This leaves Barzani isolated, both at home and internationally, in a conflict that could spiral into all-out war.

When is it and when is it not acceptable to display a political banner at the World Cup in Qatar? The answer seems to depend largely on the political message, with fans ... END_OF_DOCUMENT_TOKEN_TO_BE_REPLACED

The Kurds are under attack from two sides: from Turkey, and from Iran. The situation in their territories in northern Iraq is becoming increasingly desperate. Birgit Svensson ... END_OF_DOCUMENT_TOKEN_TO_BE_REPLACED

Iranians do not want an Islam that interferes. They are fed up with a system that manipulates people with simple promises of salvation and anti-Western propaganda. Islamic ... END_OF_DOCUMENT_TOKEN_TO_BE_REPLACED

"The Voice of Dust and Ash" draws us into the life and times of Iranian maestro Mohammad Reza Shajarian with passion and joy, focusing on the man who stood, and still stands, for ... END_OF_DOCUMENT_TOKEN_TO_BE_REPLACED

November 2022 sees the Arab world firmly in the spotlight with the COP27 in Egypt and the FIFA World Cup in Qatar. Public trust in MENA governments is weak, thanks to their ... END_OF_DOCUMENT_TOKEN_TO_BE_REPLACED

In Iran, two famous actresses, Hengameh Ghaziani and Katayoun Riahi, were arrested recently. These days anyone who shows solidarity with the protesters is a target to be silenced ... END_OF_DOCUMENT_TOKEN_TO_BE_REPLACED
Author:
Cigdem Akyol
Date:
Mail:
Send via mail

END_OF_DOCUMENT_TOKEN_TO_BE_REPLACED
Social media
and networks
Subscribe to our
newsletter