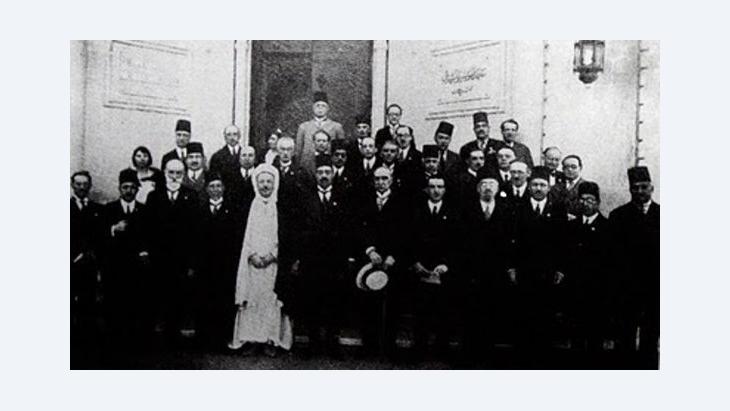 The first International Congress of Arab Music took place in Cairo 80 years ago. Intended as a means of preserving the Arab musical heritage, it actually led to a regeneration of classical Arab music. By Suleman Taufiq

Eighty years ago, the first International Congress of Arab Music was inaugurated by King Fuad I of Egypt in the newly established Institute of Arabic Music in Cairo. A patron of the arts and music, King Fuad I launched the new institution by royal decree.

This symposium and festival in 1932 was, at that time, the largest ever musical event to have taken place in Cairo. Numerous musicians and musicologists attended from all over the Arab world as well as from Turkey, Persia and Western Europe. They came together for the very first time in a spirit of cultural exchange and with the aim of focussing on Arab music.

Major figures from all over the world accepted the invitation to attend: well-known music critics and composers such as Béla Bartók, Paul Hindemith and Henri Rabaud; musicologists such as Erich Moritz von Hornbostel, Robert Lachmann and Curt Sachs, and orientalists like George Farmer and Alexis Chottin.

There were famous poets, too, and celebrated musicians from the Arab art music scene: people like Sami Shawwa from Aleppo, or the Egyptian Muhammad Abd al-Wahhab. And, of course, from Syria, Iraq, Lebanon, Egypt, Morocco and Tunisia came the most renowned groups of classical Arab musicians.

The congress brought about a renaissance in Arab music. Indeed, the very notion of what "Arab music" is was re-evaluated. Until that point, most people would simply refer to "oriental music", a catch-all term that bundled Turkish, Persian, Indian and Chinese music into the same generalised basket. 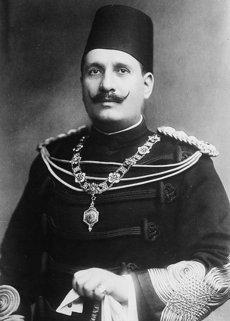 King Fuad I was a huge admirer of art and music and is considered the initiator of the first International Congress of Arab Music in Cairo, which took place in 1932

​​Now, for the first time, it became clear just how wonderfully diverse Arab music actually was. To the surprise of many, a startling array of very different traditions began to emerge from the homogenous fog that had been created by the notion of a pan-Arab cultural tradition.

Some Arab musicians of the time were even irritated by having to face up to the enormity of the musical gulf that now separated them from some of their fellow artists. They discovered, for example, that the scales used in the eastern Mashriq were entirely different from those of the western Maghreb, which were much closer to the tempered system of the European tradition. The quarter-tone scales common in the music of Syria, Iraq and Egypt are much less frequent in the Western Arabian Maghreb region.

The concern of the congress participants who travelled to Cairo was the preservation of their musical heritage, an objective which, above all, required the collection, documentation and systematisation of Arab music. It was ﻿Bartók and Lachmann who, with the assistance of the Alexandria gramophone company, made 360 recordings of the music of the participating groups. Recordings destined, not for the retail market, but for an archive that would preserve the music of hitherto unknown groups of musicians and of instruments such as the "mizmar", similar to the oboe, which had been all but forgotten.

The question of the importance of the notation of Arab music was also raised during the congress. At the beginning of the twentieth century the prevailing view was that Arab music lacked a theoretical basis. The famous philosopher, physician and musicologist Al-Kindi had created a notation system as early as the ninth century, and systematic theories of music had also already been developed. However, ﻿in contrast to the situation in Europe, Arab music had never been written down, nor had any generally authoritative theory of music been developed.

The reason for this is that classical Arab music is heavily improvised and very difficult to notate. In actual fact, it is only possible to render the basic mode in notation; musicians never play any piece the same way twice. For this reason, many Europeans were also sceptical about notation, fearing that it might destroy the originality of the music. 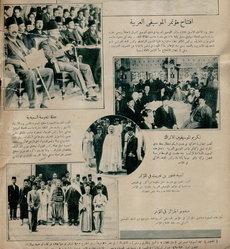 There was considerable press interest in the congress in the Arab world, not surprising considering that this international music event was the largest ever seen in Cairo

​​The introduction of western instruments into Arab music was also a great source of controversy, because it meant that the Arab scales would have to be changed. Those in favour saw it as an opportunity to regenerate Arab music, to introduce more harmony and polyphony and to expand the orchestra. But there were also those against, those who felt that Arab music would lose its identity. They argued against the use of western instruments, which they said were not suited to reproducing the typical quarter tones of Arab music. Later musical developments proved that a fusion of the instruments was, however, possible. Some musicians even built a special piano that was able to play quarter tones.

Advocates of the benefits of European influence argued that many of the ideas developed in Europe, and many of the instruments played there, had their origins in the East. They had simply migrated to Europe centuries before and were now returning to Arab culture in a new guise.

The rebab, an ancestor of the violin, was one example. Having made its way from Arab culture into Europe, it had later returned, its range and sound quality significantly improved. The Arab participants at the congress were largely in favour of the introduction of western musical techniques into their own music. Their western counterparts, however, urged them to stick to their own beautiful music and advised them against concerning themselves with things like symphonies and concertos for the present. These, they said, could wait until such time as Arab musicians' research into their own music was further advanced. 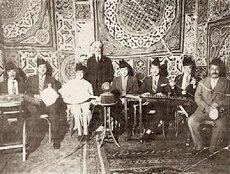 The Iraqi Al-Qubbanji ensemble was one of countless ensembles to attend the congress, which gave Arab musicians the opportunity to experience the incredible breadth of their own music tradition in one place and at one time

​​To most Europeans at that time, their own music was the epitome of musical progress. They saw Arab music as a historical but also as a living tradition, an earlier form of music that was still developing along the road towards the European ideal. Ensuring its preservation as music history was, they felt, the right and proper course to take. The views of Father Collangettes were typical of those of many of the Europeans at the congress: "For me it would be a crime even to tamper with the framework of the old, classical Arab music. It is our task to ensure that this beautiful art of the past, which has been passed down to us, remains just as it is, a treasure that is authentically Arab."

Following the congress, numerous measures were adopted with the aim of developing educational guidelines for the music. As a result, music became a compulsory subject in the school curricula.

A campaign was also organised with the objective of collecting more original Arab music forms and raising people's awareness of their own living musical tradition.

The congress paved the way for new developments in Arab music. These would have their roots firmly anchored in local traditions, but at the same time gave Arab musicians much more freedom to express themselves. Their willingness to embrace the modern and their ability to integrate new methods and techniques into their music was welcomed by many as an extension of their musical horizons. Modern European music, for its part, gained not only the quarter tones of oriental music but also a new and richly diverse palette of rhythm and timbre.

In Doha, Arabs from Morocco, Tunisia, Egypt and Algeria are gathering to celebrate the first ever FIFA World Cup to be held on Arab soil. The criticism from Europe? Over the top, ... END_OF_DOCUMENT_TOKEN_TO_BE_REPLACED

Canan Topcu came from Turkey to Germany as a child. In her essay, she describes how bothered she was by the racism she encountered in her country of origin when she travelled ... END_OF_DOCUMENT_TOKEN_TO_BE_REPLACED

All organisers use major sporting events like this year’s FIFA World Cup in Qatar primarily to advertise their country and promote a slick public image. This is not something we ... END_OF_DOCUMENT_TOKEN_TO_BE_REPLACED

Lamya Kaddor, MP for Germany’s Green Party, visited Qatar with a group of parliamentarians. In interview with Claudia Mende, she advocates a differentiated picture and urges that ... END_OF_DOCUMENT_TOKEN_TO_BE_REPLACED

COP27 in Sharm el-Sheikh is turning into a PR disaster for Egypt’s military regime. Instead of praise for the host, the news is full of solidarity for imprisoned activist Alaa ... END_OF_DOCUMENT_TOKEN_TO_BE_REPLACED

Comments for this article: A Richly Diverse Palette of Rhythm and Timbre

the text was good mentioning

the text was good mentioning specific terms the most important i think is that of integration of western instruments into arabic ensembles , but what cut down the article is the total absence of cairo's recommendations .

END_OF_DOCUMENT_TOKEN_TO_BE_REPLACED
Social media
and networks
Subscribe to our
newsletter