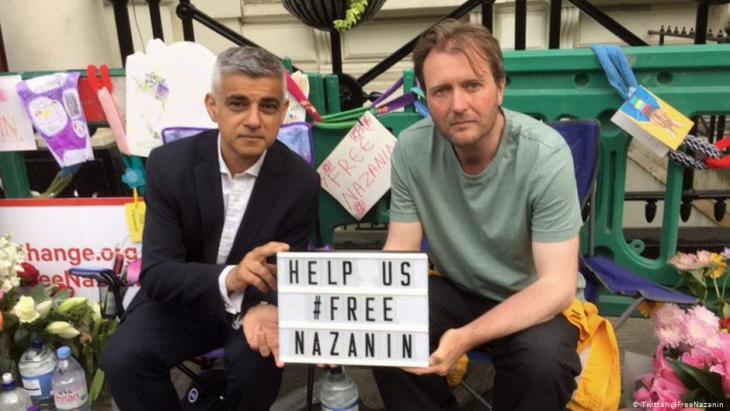 Political hostage takings are nothing new in Iran. But the detention of several western academics represents a new dimension. There are grounds for suspecting that hardliners in the judiciary, intelligence service and Revolutionary Guard Corps are intent on scuppering talks to salvage the nuclear accord. By Ulrich von Schwerin

Kylie Moore-Gilbert had been invited to attend an academic conference in Iran. She was arrested after remaining in the country for several days as a tourist. The British-Australian political scientist from the University of Melbourne had been conducting research into Shia opposition in the Gulf Emirate of Bahrain and published articles on the relationship between Arab Gulf states and Iran. The young academic has in the meantime been detained at Tehran's Evin prison for over a year. Unconfirmed reports say she has been sentenced to 10 years in prison for spying.

Also held at Evin is the U.S.-Chinese historian Xiyue Wang. The PhD student at Princeton University was researching Iranian archives for information on the administrative practices of the Qajars in the late 19th century and was also studying Persian at the Dekhoda Institute in Tehran when he was arrested in August 2016. In April 2017, the 38-year-old was sentenced to 10 years in prison. He was refused an appeal.

Wang and Moore-Gilbert are not the only western academics incarcerated at the notorious Evin prison in the mountains north of Tehran. On 5 July, the French-Iranian anthropologist Fariba Adelkhah was also arrested as she conducted research into Iranian society. The very same day, her friend and colleague Roland Marchal arrived in Iran to visit her and was arrested upon arrival at the airport. 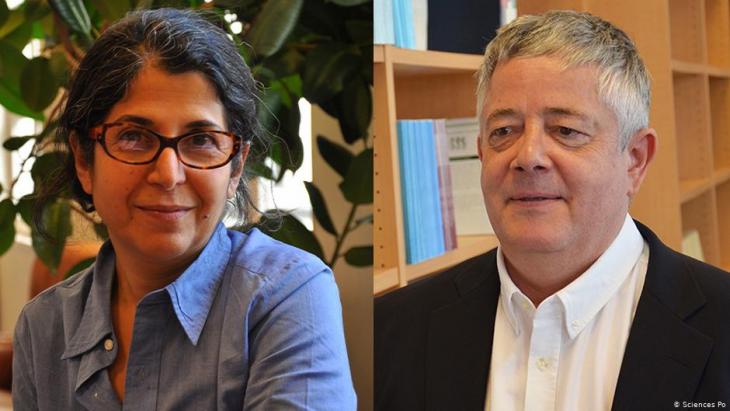 A new dimension to the hostage-taking: "an increase in cases has been observed affecting academics who are not dual nationals and in addition come from countries that are actually on good terms with Iran, such as France and Australia," says a German scholar of Islam who was in Iran to conduct research in September and who wishes to remain anonymous

Sixty year-old Adelkhah is a well-known expert on Shia Islam in Iran and Afghanistan and has researched extensively on the subject of women and young people in Iran. Her friend Marchal, who also works at the Centre de Recherches Internationales at the Sciences Po university in Paris, was however not working in Iran at all. His specialist subject is African civil wars and he was travelling to the country as a private individual. But this did not safeguard him against arrest.

The Islamic Republic has always eyed western academics with mistrust. Just as in other autocratically-governed countries in the region where research and media are subject to stringent controls and censorship, critical research can quickly be interpreted as espionage. Western reporters and researchers face considerable restrictions when working in Iran, with many not even receiving a visa to enter the country in the first place.

Western journalists and researchers have been arrested in the past. Some were quite simply negligent – such as the two "Bild" reporters who travelled to Iran for an interview without a press visa in 2010; others such as the "Washington Post" correspondent Jason Rezaian were experienced authorities on the country. Most were only released after lengthy negotiations; some were exchanged for Iranian prisoners abroad.

So, political hostage-takings and the use of detainees as leverage and bargaining chips are by no means a new phenomenon in Iran. However, the recent detention of academics represents a new dimension. It is happening in the midst of the renewed conflict over the nuclear deal that has led to an escalation in tensions since May. One can only speculate on the reasons for the arrests, but there are grounds for suspecting that they are politically motivated.

"A new dimension exists in as far as an increase in cases has been observed affecting academics who are not dual nationals and in addition come from countries that are actually on good terms with Iran, such as France and Australia," says a German scholar of Islam who was in Iran to conduct research in September and who wishes to remain anonymous. He suspects that the Revolutionary Guard, rather than the government, is responsible for the arrests. 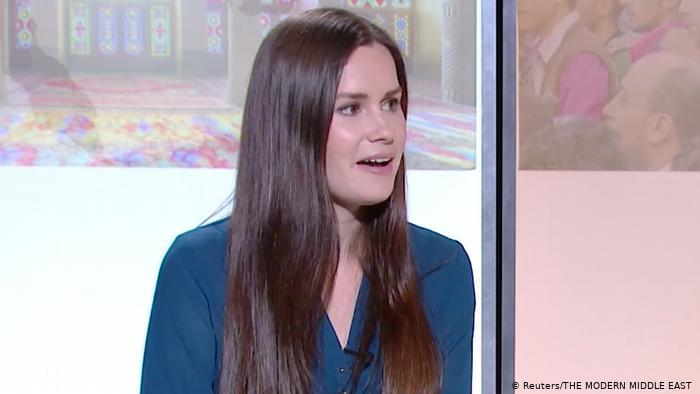 Barganing chip or sabotage tactic? British-Australian political scientist Kylie Moore-Gilbert had been invited to attend an academic conference in Iran. The academic from the University of Melbourne had been conducting research into Shia opposition in the Gulf Emirate of Bahrain and published articles on the relationship between Arab Gulf states and Iran. She has now been in Tehran's notorious Evin prison for over a year. Unconfirmed reports say she has been sentenced to 10 years in prison for spying

Sabotaging negotiations with the West

Other experts also suspect that hardliners within the judiciary and intelligence agency are hoping to use the detainees as a way of scuppering negotiations with the West. Conservatives such as Iranian Chief Justice Ebrahim Raisi decisively reject the policy approach of President Hassan Rouhani, which is geared towards dialogue and reconciliation, pushing instead for an escalation with the West. It is very possible that with the arrest of Adelkhah and Marchal, they aimed to torpedo talks with Paris on salvaging of the nuclear accord.

As well as the academics, the British-Iranian national Nazanin Zaghari-Ratcliffe is also being held at Evin. An employee of the Thomas Reuters media foundation, she was arrested during a family visit to Iran and sentenced to a lengthy jail term. Furthermore, the "New York Times" correspondent Thomas Erdbrink was prevented from leaving the country for several months as publicised by his newspaper in June. This has left foreign journalists very concerned.

It is not known exactly how many westerners are currently being held in Iran. Known cases are thought to be just the tip of the iceberg. A journalist living in Iran until earlier this year reports that western diplomats are privately talking about a great number of cases that go unreported in the hope that a deal can be reached in secret. The German Foreign Office says four German nationals are also in Iranian detention, although the background to these cases is not known.

The German scholar of Islam who absolved a research trip to Iran in September is deeply unsettled by the arrests of fellow academics. He says he thought an official invitation to enter the country from the Iranian education ministry would come with a certain security level attached. Because of the arrests, he decided not to go ahead with a number of previously-planned interviews. When his passport was returned to him at the airport and he was allowed to leave, he says he was very relieved.

He currently advises caution with regard to research trips. "At the moment, you have to be aware that you're taking a certain risk and getting involved in a game with rules that you don't know," says the academic. "There's a considerable risk of becoming a pawn in broader geopolitical entanglements." This does not bode well for Moore-Gilbert and the others. Their liberty now looks likely to hinge on future developments in the nuclear standoff.

While agreeing last week to a withdrawal of US combat troops from Iraq, neither Iraqi nor US leaders can admit publicly how much they need each other. By Cathrin Schaer END_OF_DOCUMENT_TOKEN_TO_BE_REPLACED

The Middle East is plagued by electronic armies working at the behest of one regime or another. Long used by those in power as a weapon in the fight against activists and ... END_OF_DOCUMENT_TOKEN_TO_BE_REPLACED

On Friday, Iranians head to the polls to elect a new president. What's at stake in this presidential election? Sanam Shantyaei explains. END_OF_DOCUMENT_TOKEN_TO_BE_REPLACED

For centuries, the great classical Persian author Hafez has inspired German writers. Translations, adaptions and homages have been created in his wake, and the process continues ... END_OF_DOCUMENT_TOKEN_TO_BE_REPLACED

END_OF_DOCUMENT_TOKEN_TO_BE_REPLACED
Social media
and networks
Subscribe to our
newsletter