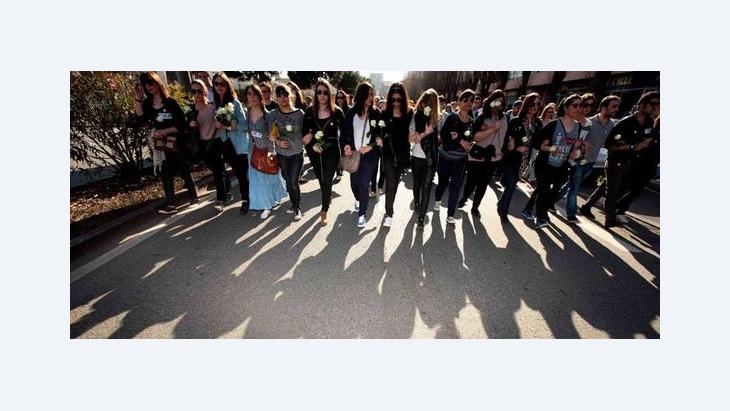 France after the Series of Murders in Toulouse

Against the Use of Fear for Political Gain

After the horrific events in the southern French city of Toulouse, the dangers of Islamic terrorism and domestic security have suddenly become the main themes of the election campaign. Experts and level-headed observers, however, warn against holding all Muslims suspect. Details from Toulouse by Birgit Kaspar

Some 6000 demonstrators – Jews, Muslims, Christians, and secularists – marched through the streets of Toulouse last Sunday (24 March). Their aim was to protest against terrorism, fanaticism, and religious obscurantism. It was one of but many demonstrations organized by religious groups, human rights activists, and anti-racism committees throughout France in recent days. Many people wanted to make the point that they won't allow demagogues or politicians to incite tensions between various segments of society during the presidential election campaign.

Over the course of a mere two weeks, a 23-year-old French national of Algerian background killed seven of his countrymen in Toulouse in cold blood, including two Muslim soldiers, a rabbi, and three Jewish children. After a 32 hour standoff with an elite division of the French police, Mohamed Merah, who referred to himself as an "Al-Qaida Mujahidin", was shot and killed as his apartment was stormed. 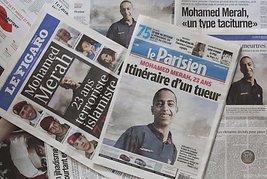 The horrifying fear of terrorism: The fight against Islamic extremism has over night become the central issue in the presidential race

​​The closer one gets to the epicentre of events, the more level-headedness one observes. Pierre Cohen, the mayor of the "ville rose", a city up to now known for its tolerance, open co-existence, and joie de vivre, set the tone. "Life must go one, but at the same time, we must never forget what has happened." The fear of a fatal mixture of religion, terrorism, and xenophobia is the talk of the town.

And there are good reasons for this. The pro-government journal Figaro just published a special edition with the title "The Jihadist who threaten France". Marine Le Pen, the presidential candidate of the far-right Front National even declared, "The fundamentalist danger in France has been underestimated. This is why we should now finally declare war on such fundamentalist groups."

By contrast, candidate and current President Nicolas Sarkozy, leader of the right-wing party Union pour un Mouvement Populaire (UMP), issued a short statement after the fatal storming of Merah's apartment calling for national unity. Sarkozy said that the French must overcome their outrage and hold their anger in check. "Our Muslim fellow citizens have nothing to do with the mad motivations of a terrorist." Since then, he has nonetheless increasingly set the fight against "monstrous terrorism" at the centre of his campaign. However, he has not repeated the statement that provoked general furore – that France has too many foreigners. 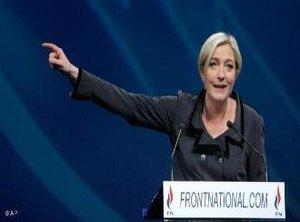 The spectre of Islam: Marine Le Pen of the Front National has emphasized the religious affiliation and the Algerian roots of the terrorist Mohamed Merah in order to stir up the mood against immigration during the campaign

​​François Hollande, candidate for the Socialists, rejects any attempt to gain political mileage from a climate of fear. He accuses his political opponent Sarkozy of having played with fire for too long by promoting the exclusion of minorities. "For ten years, the situation has been marked by the lack of integration. You are responsible."

Yet, even Hollande has declared a merciless war on terrorism. "The republic will allow no respite for any terrorist and the republic will win." The fight against terror, and in this particular case, Islamic terror, has become the main election issue over night.

This is a cause of anxiety for the nearly five million Muslims in France. They know all too well what the consequences for normal Muslim citizens were in the USA after the attacks of 11 September and the subsequent hunt for terrorists and Islamists.

Mamadou Daffé, imam of the Basso-Cambo Mosque in southern Toulouse, says that Islamophobia in society tends to increase after such events, and he now worries about his co-religionists. "They suffer and are sad. They are viewed disapprovingly, they are pointed at, and some of them have been verbally assaulted."

According to political scientist Jean Viard, there is no need to fear an explosion of violence against Muslims. Far more likely is the danger that the Maghreb community will find itself increasingly isolated in daily life. "Here I am specifically referring to getting a job, having one's documents checked, or being refused entry to a discotheque – the kind of things that infuriate young people." He claims that France is no more racist than it was 20 years ago, but there is something in the air that isn't good.

As a sign that certain advocates of radical Muslim movements are undesirable in France, Nicolas Sarkozy has already announced that the well-known Qatari television preacher Youssef al-Qaradawi is not welcome. Al-Qaradawi was invited by the Union of Islamic Organizations to a conference in France this April. The extremely conservative Islamic scholar is known for his anti-Semitic outbursts as well as his support for suicide attacks in the Israeli-Palestinian conflict.

An escalation of the conflict between Muslims and the rest of French society appears to be inevitable. The dramatic events in Toulouse have served to once again rip open old wounds. And this is only because Mohamed Merah and his brother Abdelkader, now accused of being an accomplice to the murders, have Algerian roots, even though they were born in Toulouse.

﻿Shadow of the past 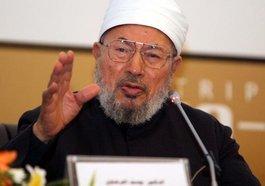 Not welcome in France: President Sarkozy announced his intention to prevent the planned appearance of the controversial Islamic scholar Sheikh Joussef al-Qaradawi in Le Bourget near Paris

​​The Algerian War (1954-62), which ended with Algerian independence fifty years ago, remains a sore point in the memories of many Frenchmen. According to official French sources, some 17,000 soldiers lost their lives, while around 141,000 died on the Algerian side. By contrast, the Algerian National Liberation Front (FLN) cites a figure of approximately 300,000 victims.

Algerian freedom fighters and the soldiers and security forces of the French colonial power were second to none in the degree of their brutality. Yet, many elderly Frenchmen, veterans of the Algerian war and their families, incessantly stress how devious and violent the Algerians were. "These people are not like us. You simply can't trust them. One day they are your friendly neighbour and the next they will plunge a knife in your back," blustered a former French soldier in the Algerian War, who did not wish to be named. The extent to which this distrust still affects the French consciousness is greatly underestimated.

Even when Mohamed Merah is officially being portrayed as a crazed lone perpetrator, who despite his own declarations to the contrary, did not have any demonstrable relations to known Islamic terrorist networks or to al-Qaida, the French remain unsettled. The fear has been aroused of a Jihadist terrorist offensive or a network of sleeper cells in their midst.

At the same time, independent experts on Islam and terrorism have been expressing the view in the media for days that the situation has changed in recent times. Jihadist networks and similar groups have lost their significance, stresses Mathieu Guidère, an expert on radical Islamism at the University of Toulouse. 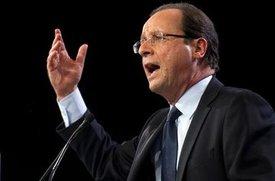 For a level-headed policy: François Hollande, the Socialist candidate for president, rejects any use of fear for political gain

​​The current trend is one of self-radicalization, the actions of which have an increasingly solitary character. "Although this is marked by a totalitarian logic, as the Jihadists strive to eliminate the other, which they portray as inhuman. The enemy is a symbol that has to be destroyed."

While Sarkozy and his supporters have been able to take comfort in his slight rise in the polls, the political analyst Roland Cayrol expects a minor "colouring of the election" for only a short time. "Economic and social issues will once again be pushed to the forefront," as unemployment, economic trends, and the health system remain top concerns of the electorate.

The most noble and most difficult task of the newly elected French president, however, will be to close the wounds left by the terrorist attacks in Toulouse. At present, French society can ill afford any more divisions.

Home
Print
Newsletter
More on this topic
The Presidential Election in France: Flirting with the Political RightIslamophobia in French Media: An Imaginary Conception of an Essentialised Islam
Related Topics
All Topics
Date:
Mail:
Send via mail

END_OF_DOCUMENT_TOKEN_TO_BE_REPLACED
Social media
and networks
Subscribe to our
newsletter