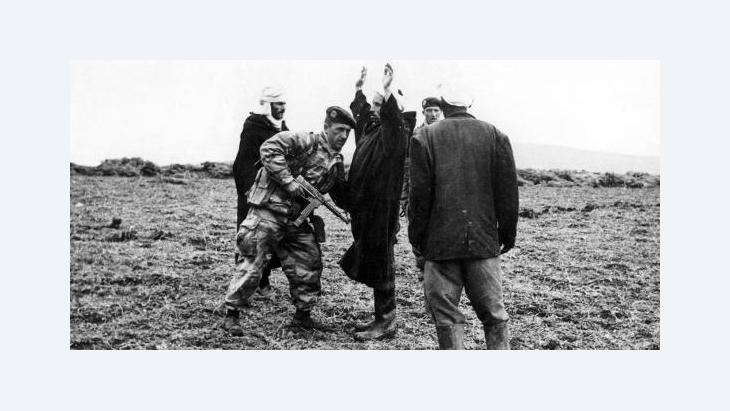 ﻿The celebration of the fiftieth anniversary of the independence of Algeria will not fail to crystallize all resentments and unspoken terms of the common history of the two countries that still continue to modulate memory according to politic issues. By Ghania Khelifi

Algerians, especially the younger population are not particularly enthusiastic about the 50th anniversary of Algeria's Independence. For the youth, this remains a "matter of the elderly", those very people who have held the country hostage since the 5th of July 1962. Very few people are still interested in the ritual ceremonies, emptied of meaning and truth.

The "real" history that restores men in their true role and the events in their veracity has been absent for the past decades. These arrangements with the historical fact will be even more evident this year as we can say that the 50th anniversary does not come at the right time.

On the 5th of July, the legislative elections will have already taken place in Algeria as well as the presidential elections in France. Knowing this, we can better understand the strange involvement of the former coloniser in the commemoration of the liberation of its former colony! Cinema, literature, theatre, exhibitions, conferences, all forms of artistic expression are mobilised in France for the occasion. Entertainment to calm the atmosphere as no one wants the memorial disputes to be added to their own political demons.

From Algiers to Paris, officials try to give a good impression, sending all forms of messages to confirm this kind of non-aggression pact with the approach of this deadline.

A ﻿non-aggression pact of sorts 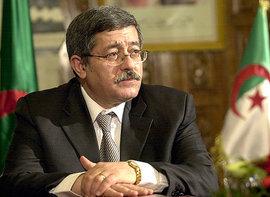 ​​The Algerian government has made a first move by "kindly" telling the Turks to not interfere in French-Algerian relations. Protesting against the adoption of a law criminalising the Armenian genocide by the French Parliament in the beginning of January, the Turkish Prime minister Erdogan questioned Nicolas Sarkozy on the what he called "Algerian genocide", pointing to the cruelties France committed during Algeria's War of Independence.

The Algerian Prime Minister reminded Ankara that "as a NATO member, Turkey had voted against Algeria at the UN between 1954 and 1962", thus in veiled terms accusing Turkey of joint guilt.

Yet, Erdogan's comments "went down as a treat". They were appreciated by a majority of citizens in Algeria. In complete contradiction with national opinion, this surprising position coming from a government that is so often on bad terms with France is not ill considered. For the Algerian government represented by Ahmed Ouyahia, Prime Minister and candidate for the presidency in 2012, it is a question of removing the FLN (National Liberation Front), member of the presidential coalition, from the map of historical legitimacy.

Having led the war of independence, the FLN has not ceased to require French repentance and following this objective, the party had encouraged a law project criminalizing French colonialism in 2010. This project was stillborn for "diplomatic and legal considerations".

The Islamists who have just left the coalition in power, tried to hook their wagon to the Turkish locomotive, a model they use without moderation to convince that Islamism is quite compatible with democracy. 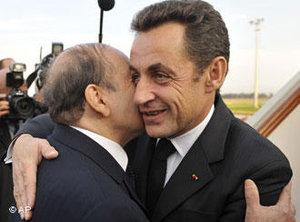 Tense embrace: Many Algerians accuse their government of selling the suffering that his own people endured during the French occupation

​​Even if they consider the government's reaction as a "betrayal" of the martyrs, it is also a godsend in times of electoral campaign. What better argument than accusing the so called "secular" authority of being a henchman of the West to call for a great Muslim nation alongside the Turks against the arrogance of the French?

﻿Early in his reign, President Bouteflika has demanded an apology from France but he has then also sided with the military power and pledged to treat France gently on the occasion of the fiftieth anniversary celebration.

At least, this is what the French Foreign Affairs Minister, Alain Juppé has declared in January: "We agreed with President Bouteflika to make it a point that this celebration takes place in a spirit of moderation, avoiding all kinds of extremism."

﻿Moderate but not amnesiac

In order to confirm this moderation, the French president entrusted Hubert Colin de Verdière, former ambassador in Algeria where he is very much appreciated, with "a mission to coordinate actions related to the fiftieth anniversary of the independence of Algeria, in France".

In Algeria, the Prime Minister himself would chair the preparatory committee for the festivities in order to contain any eventual outbreaks of repentance partisans. The call for "moderation" coming from Paris has not yet been accepted by the FLN and close associations, by Islamists and many journalists and public figures who criticized the government for selling the suffering that his own people endured during the French occupation. 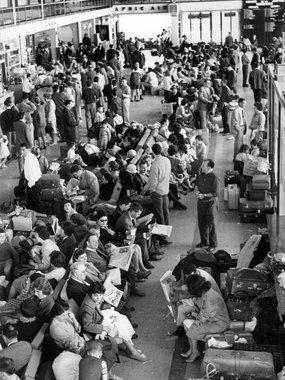 Congestion at Maison-Blanche airport in Algiers: After Algeria became independent in 1962, more than one million pieds noirs of French nationality were evacuated to mainland France. Upon arriving, they suffered ostracism from the Left for their perceived exploitation of native Muslims and for allegedly having caused the war

​​If they lacked reasonable arguments, the French Parliament has just provided them with another argument by passing the law penalising any remark undermining the Harkis , the Algerian auxiliaries of the French army during the occupation.

Moreover, in December, the French Right-wing had attempted to deposit the ashes of General Bigeard, former torturer during the Battle of Algiers at the Musée des Invalides in Paris.

For their part, the Algerians have refused an entry visa to the pieds noirs , the former French colonial settlers in Algeria, who wanted to make a pilgrimage to their birthplace. These are small spikes to remind each other that one can be moderate but not amnesiac.

Whether we like it or not, the celebration of the fiftieth anniversary of the independence of Algeria will not fail to crystallize all resentments and unspoken terms of the common history of the two countries that still continue to modulate memory according to politic issues.

In France, President Nicolas Sarkozy had to carefully handle his ultra right wing and reassure the left-wing electorate. He also has to avoid turning Algerian decision-makers against French employers and mortgage its lead in commercial contracts. In fact, in charge of bilateral economic affairs, Jean-Pierre Raffarin has just paid a "working" visit to Algiers to negotiate a certain number of contracts.

Yet, it is neither the good bargains taking place between the two States and nor the thorny issue of the movement of people that oblige the two governments to swallow their reproaches to commemorate the fiftieth anniversary of the independence with relative ease and a staunch moderation.

For the government, it is a question of keeping the monopoly on memory by expurgating it from all that could be used to reveal its flaws and increasing its deficits. 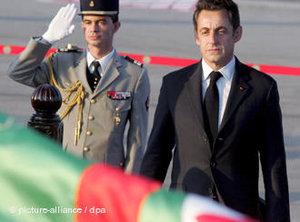 Veil of silence: For the French executive it is out of the question to reveal or to acknowledge torture, rape and massacres of Algerian civilians, writes Ghania Khelifi

​​Formatted for the past fifty years in the official discourse and school textbooks, history fossilises a few iconic figures that have been robbed of any social project and consecrate the people as the virtuous, homogenous and consenting hero.

Evoking the rest, political assassinations, repression of freedoms, exclusion of women and intellectuals is stamped with the seal of infamy. This goes on and on; a new law on cinema stipulating that any screenplay addressing the revolution should be authorised by the Ministry of Culture, passed in 2001.

Successive governments have never really required the opening of all archives of the colonial period from French officials or it is otherwise done rather gently.

The French executive is not in a hurry to clarify this story as it is out of the question to reveal or to acknowledge torture, rape and massacres of Algerian civilians, nuclear testing in the vicinity of villages, the "racist attacks" on their own soil and attacks on human rights during the war and until the 1970's.

In reality, only those who believe in friendship between the two peoples, those who make a difference between the colonial State and the populations demanding the light on the history they share and the liberation of memory. The rest are just politicians afraid and disturbed by this light.﻿

Translated from French by Elizabeth Grech

﻿Ghania Khelifi is a member of the editorial staff of the French magazine "Le Midi". Previously, she was the editor-in-chief of the daily "Liberté" in Algeria.

Home
Print
Newsletter
More on this topic
Interview with Benjamin Stora: The Bitter Legacy of Past Franco-Algerian RelationsFrench-Algerian Relations: The Shadow of a Colonial HeritageFilms about Algeria at the Cannes Festival: Sparks in the Powder Barrel
Related Topics
Abdelaziz Bouteflika, Boualem Sansal, Colonialism, European Union (EU), Human rights
All Topics

Shot, beaten to death or drowned: a demonstration by tens of thousands of Algerians ended in the "Paris Massacre" on 17 October 1961. Sixty years on, historians and victims' ... END_OF_DOCUMENT_TOKEN_TO_BE_REPLACED

The memory of experienced injustice plays a central role in the transformation of societies towards democracy. In the Arab world, the critical study of memory is only just ... END_OF_DOCUMENT_TOKEN_TO_BE_REPLACED

"The people aren’t ready for democracy" has been the constitutional basis for Arab tyranny, its favourite slogan and its sacred narrative for more than a century. Yet, asks Khaled ... END_OF_DOCUMENT_TOKEN_TO_BE_REPLACED

As current events continue to remind us, people all over the world are constantly being forced into exile. "Songs of Exile", created by Algerian Berber exile Abderrahmane Abdelli ... END_OF_DOCUMENT_TOKEN_TO_BE_REPLACED

A new survey by Arab Barometer adds numbers to the narrative that COVID has led to a harsher reality for women in the Middle East and North Africa. By Jennifer Holleis and Razan ... END_OF_DOCUMENT_TOKEN_TO_BE_REPLACED
Author:
Ghania Khelifi
Date:
Mail:
Send via mail

END_OF_DOCUMENT_TOKEN_TO_BE_REPLACED
Social media
and networks
Subscribe to our
newsletter