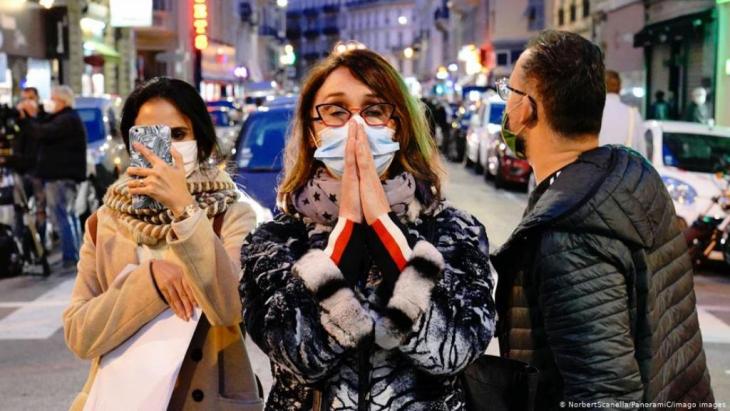 Emmanuel Macron appears to want to rekindle the old conflicts between Occident and Orient. He blusters on about a "crisis of Islam", as if oblivious to the more acute crises society is facing these days, says Stefan Buchen in his essay

France has lived through a scary October. The country has been shaken by appalling murders. A secondary school teacher had his head cut off. Three people were stabbed to death in a church. The perpetrators were Muslims, who said the murders were motivated by Islam.

These circumstances make the explanations that are usually trotted out by the powers that be, that these are acts by isolated individuals and that they "have nothing to do with Islam", seem just as hollow as the shirking of responsibility for similarly horrific crimes in the past.

Until the chains of causation are more closely investigated, we will have to rely on the thesis put forth by French Islamic scholar and sociologist Gilles Kepel, according to which one must presume a "continuum" extending from those imams who preach a "cultural break" with majority society right the way through to the individual offenders.

The 18-year-old of Chechen origin who beheaded the teacher Samuel Paty on the outskirts of Paris and the young Tunisian who stabbed people in a church in the centre of Nice at least proved themselves able to recognise an insult to the Prophet and a degradation of religion, and to connect these with their own actions.

No matter through which dark paths and enigmatic in-between levels the murders were mediated by the "Islam factor", other aspects seem to be more urgently in need of analysis and criticism. The political background must not be ignored. 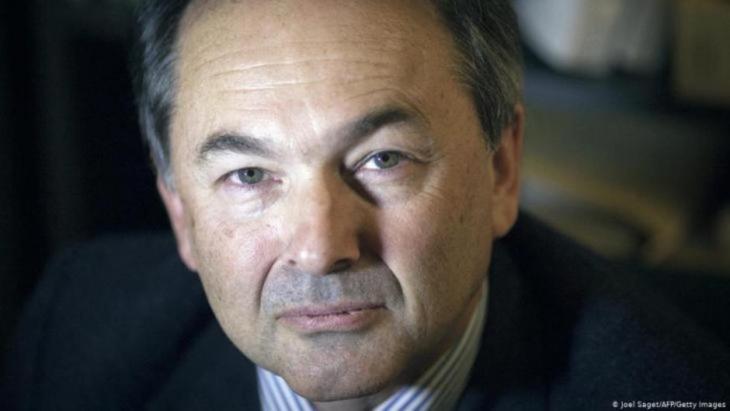 Preaching a cultural break with the majority society: Islamist attacks like those in Paris and Nice reveal a new type of perpetrator. The French social scientist and expert on Islamism, Gilles Kepel, observes that individual terrorist organisations seem to have been replaced by networks that preach cultural rupture and provoke radical acts

October began with an energetic public appearance by the French President. Emmanuel Macron cast his speech under the leitmotif of "republican awakening", announcing a programme for the reconquest (reconquête) of those suburbs which the aforementioned researcher Gilles Kepel had already examined thirty years ago in his book "Les banlieues de l'Islam". The problems are therefore not new.

Macron's allusion to the Reconquista of Muslim Spain was likely no coincidence. He admonished his audience that nothing less was at stake than fighting "Islamist separatism" on French soil. The Republic had lost control over "certain quarters". And it was time to regain it.

Nouara may be 65, but she is ready to join thousands of others who burn their ID and pay traffickers for the chance of a new life in Europe. Zineb Bettayeb reports END_OF_DOCUMENT_TOKEN_TO_BE_REPLACED

In Doha, Arabs from Morocco, Tunisia, Egypt and Algeria are gathering to celebrate the first ever FIFA World Cup to be held on Arab soil. The criticism from Europe? Over the top, ... END_OF_DOCUMENT_TOKEN_TO_BE_REPLACED

"Rebel Game: The Power of Football in the Middle East and the Qatar World Cup", an anthology published by Middle East researchers Jan Busse and Rene Wildangel, takes the upcoming ... END_OF_DOCUMENT_TOKEN_TO_BE_REPLACED

After a two-year hiatus, the Arab League re-convened at the beginning of November in Algiers against a backdrop of uncertainty and discord. By Pierre Boussel END_OF_DOCUMENT_TOKEN_TO_BE_REPLACED

The history of Jews and Muslims is far more entangled than you might imagine – but you have to listen out for it. In "Recording History", Christopher Silver takes us on a sonic ... END_OF_DOCUMENT_TOKEN_TO_BE_REPLACED
Author:
Stefan Buchen
Date:
Mail:
Send via mail

END_OF_DOCUMENT_TOKEN_TO_BE_REPLACED
Social media
and networks
Subscribe to our
newsletter