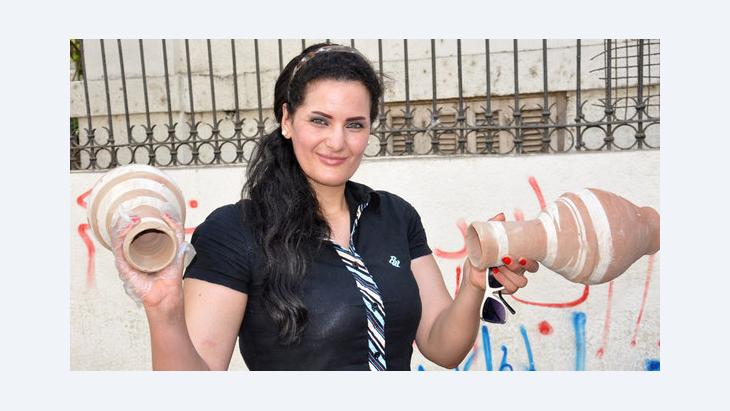 Freedom of Speech in Egypt

A belly dancer putting her hips in the service of the revolution: 32-year-old Sama al-Masri has injected new movement into the debate on freedom of expression in Egypt. An Islamist lawyer recently lodged a complaint against the former television presenter for allegedly "insulting Islam".

The lawyer claimed her satirical songs endangered national security and the peaceful coexistence of religions. Al-Masri herself says she has received several death threats.

It still remains to be seen whether any legal action will indeed be taken against the belly dancer. Much depends on the political will of the authorities. Article 31 of the new constitution, which was drawn up by the Islamists, prohibits "the insulting of each and every person". Under Egyptian law, if a person is found guilty of blasphemy he or she may face a jail term of at least six months.

The case of the commercially moderately successful al-Masri has been splashed all over the gossip columns of Egyptian newspapers. In music videos, the star shows off her curvaceous figure while simultaneously exposing what she presents as the hypocrisy of the governing Islamists. 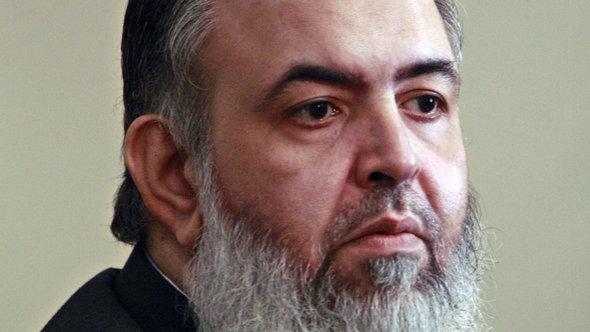 Treading a fine line between political criticism and personal attack: In her latest satirical song, Sama al-Masri joked about the Islamist preacher Hasem Abu. An Egyptian lawyer then lodged a formal complaint against the belly dancer

​​This dance – which treads the fine line between political criticism and personal attack – is her trademark: She takes aim at a whole slew of issues, from the broken election promises of the Muslim Brotherhood to their allegedly poor personal hygiene.

But she is most fond of taunting Anwar al-Balkimi, a former parliamentarian and supporter of the ultra-conservative Salafists. His credibility was severely undermined last year when he had a nose job and tried to pass it off as a hold-up robbery.

Not long afterwards, al-Balkimi unwittingly found himself under the media spotlight yet again when al-Masri announced that she was the clandestine second wife of the married Islamist politician. The beard loves the boobs – screamed the headlines; the tabloids had a field day. It is alleged that al-Masri split from her lover a short time later. He denied the affair – and has been unable to shake off his association with the catchwords 'lies' and 'nose'.

"She breaks with taboos"

Egyptian observers are divided over to what extent the dancer is making a real political contribution with her provocative performances. But in any event, her videos are very popular with anti-Islamist activists. Hundreds of them have pledged their support for her on Twitter. One fan wrote that unlike the political opposition, al-Masri spoke with a clear voice.

Emad Mubarak, Managing Director of the Association for Freedom of Thought and Expression in Cairo, suspects that the dancer is first and foremost courting attention. But, he says, al-Masri is intentionally breaking with traditional social codes and taboos: "And in doing so, she is making an important contribution to the freedom of speech campaign." 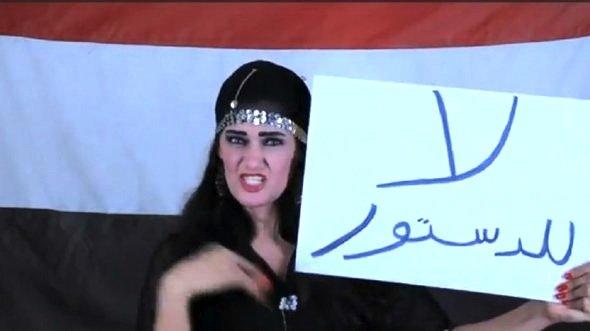 Trademark provocation: Al-Masri's videos are not only brimful of derision and malice, they also openly question the interpretational sovereignty over Islam that for years, the Salafists' ultraconservative sheikhs and the Muslim Brothers have claimed for themselves alone

​​Many people believe that al-Masri is joining the ranks of a burgeoning number of journalists, activists and artists who have refused to be muzzled since the revolution. These include individuals such as the atheist blogger Alber Saber, sentenced to three years in prison for "insulting God and the Prophet", or the women's rights activist Aliaa Magda Elmahdy, who had to flee the country after posting naked pictures of herself online.

The most notable case to date is that of the television comedian Bassem Youssef. The satirist, described as Egypt's answer to Jon Stewart, was summoned by state prosecutors last month for his sharp-tongued criticism of Mursi.

Nevertheless, recent legal rumblings against Sama al-Masri have taken many people by surprise. This despite the fact that the Islamists' political representatives have demonstrated on several occasions in the past that they are not fond of laughing, least of all at themselves.

But Egyptian culture has always granted belly dancers a certain freedom not ascribed to most. They are allowed to bare skin when others are obliged to cover themselves, and express what the rest of society only dares to think. Well-known blogger Mahmud Salem wrote last November that for this reason, al-Masri would be unlikely to face a trial.

Just as in the case of Bassem Youssef, this appears to be about more than just slapstick humour at the expense of the Islamists. Al-Masri's videos are not only brimful of derision and malice, they also openly question the interpretational sovereignty over Islam. An interpretational sovereignty that for years, the Salafists' ultraconservative sheikhs and the Muslim Brothers have claimed for themselves alone. One video denounces the double moral standards of the Muslim Brotherhood thus: "You accuse all people of heresy in the name of religion, while our lives go down the drain."

Emad Mubarak believes that people like al-Masri are helping to dismantle some of the fake aura assigned to radical Islamist preachers. "Since the revolution, it has become acceptable to offend politicians, even the president. But religious figures still often have a special status," says Mubarak.

But President Mursi's accession to power has set in motion a demystification of Islamist groups. Since then, even preachers and imams are finding themselves having to confront accusations of lies, manipulation and a lust for power. Just like al-Masri's alleged ex-lover and his hushed-up nose job.

Mubarak believes that in future, Egyptians will as a result make a clearer distinction between the preachers and their own, private faith. "It's no longer as easy to conduct an election campaign using religious pressure and threats of hell," he predicts.

Social media make many things possible – including the unwanted circulation of intimate private photos. This has given rise to new forms of crime and sexual blackmail. An ... END_OF_DOCUMENT_TOKEN_TO_BE_REPLACED

The change in U.S. president is also having an impact on the conflict between Turkey and Greece. Since the USA has started to play the Greek card, the strategic situation in the ... END_OF_DOCUMENT_TOKEN_TO_BE_REPLACED

Arab women played a leading role in the protest movement of 2011. Since then, ongoing social transformation has had a considerable impact on their lives. What is their assessment ... END_OF_DOCUMENT_TOKEN_TO_BE_REPLACED

They’ve already got the Louvre; they’ll soon have a Guggenheim Museum as well – and now the Emirates have added literature to their quest for cultural supremacy in the Arab world ... END_OF_DOCUMENT_TOKEN_TO_BE_REPLACED

Years in the making, Sisi's elite New Administrative Capital will isolate most Egyptians from their centres of government in an effort to fortify the regime against any social ... END_OF_DOCUMENT_TOKEN_TO_BE_REPLACED

Professor Timothy Brennan's "Places of Mind: A Life of Edward Said" is a detailed biography of one of the most important intellectuals of the twentieth century, taking us on a ... END_OF_DOCUMENT_TOKEN_TO_BE_REPLACED
Author:
Markus Symank
Date:
Mail:
Send via mail

END_OF_DOCUMENT_TOKEN_TO_BE_REPLACED
Social media
and networks
Subscribe to our
newsletter