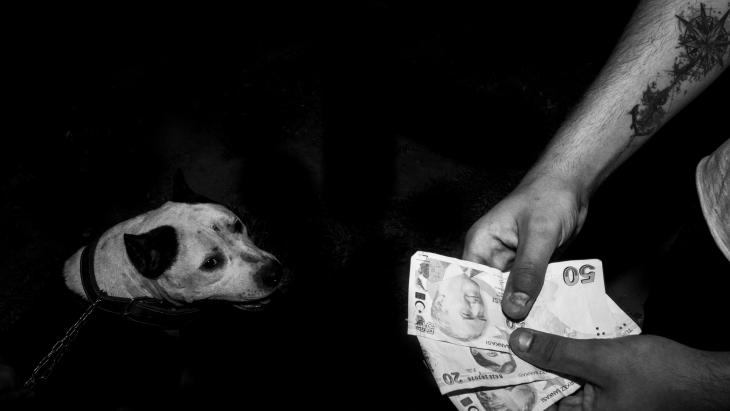 Truths that buck the official discourse

"A Pillar of Smoke", currently on show in the southern French city of Arles as part of the "Les Rencontres d'Arles" festival, reveals the lively diversity of contemporary Turkish photography. The major group exhibition also highlights the political nature of the photographersʹ work. By Felix Koltermann

What role can the visual arts play in a country where freedom of speech is under threat? This is the question posed by the Istanbul curator Ilgin Deniz Akseloglu and her Parisian counterpart Yann Perreau in the exhibition "A Pillar of Smoke".

The exhibition, part of the French photography festival "Les Rencontres DʹArles", takes in the work of 14 photographers and two collectives, all of them portraying contemporary Turkey in diverse ways. Itʹs a platform for a generation born between the early 1970s and the mid-1990s, with first-hand experience of the countryʹs wide-ranging shifts between authoritarianism and political opening.

Perreauʹs aim is for the exhibition to explore the relationship between visual arts and photojournalism – and the individual artworks could hardly be more varied in their themes and aesthetics. There are classic photojournalism pieces in colour alongside artistic series in black and white, video installations alongside found footage from Instagram. 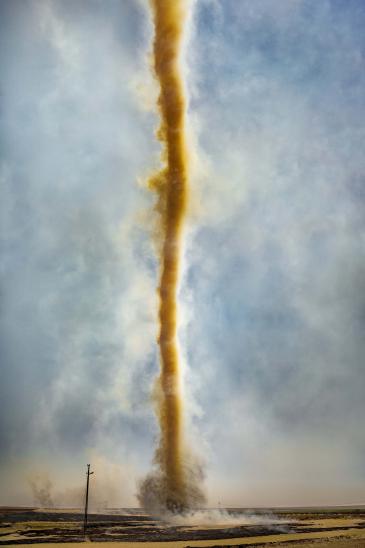 As Sinem Disli writes in the caption accompanying this photo, dams along the Euphrates have led to inequality in water distribution between Syria, Iraq and Turkey. Characterised as economic development, the over-irrigated and over-cultivated plains are in stark contrast to the sandstorms that now and then sweep across from the desertified regions of the Middle East, condemned to drought, reminding us that nature is a whole without borders

Geographically, visitors are sent on a journey from Kurdish Diyarbakir in the southeast to the slums of Istanbul in the west and the Black Sea coast in the northern city of Trebizond.


The exhibition skilfully interweaves the conflict over the Kurdish question and the war in Syria with the search for stability on the domestic policy front.

The body as a fought-over resource

Cagdas Erdoganʹs major complex of work entitled "Control" is both disturbing and fascinating, displaying monochrome photos of Istanbul nights in a room with black walls.

Pasted to the walls salon-style, unframed, the pictures move without pause from illegal dog fights directly to armed gangs and violent sex parties.

Bodies become a resource to be fought over, locked in a tug-of-war between control, resistance and self-abandonment. For Erdogan, the fact that certain social groups and subcultures seek out the darkness of the night is an expression of the political climate.

Erdogan, a member of the collective “140 journos”, is a case in point, showing the fragility of the space between artistic freedom and political repression. He was arrested in broad daylight while taking photos in an Istanbul park in 2017.

He had accidentally photographed an unmarked building belonging to the Turkish secret service. His arrest was justified with the all-too-familiar accusation of supporting a terrorist organisation. The exhibition includes a letter he wrote from prison. After six monthsʹ pre-trial imprisonment, during which he received much international support, he was released in February 2018.

Critics of France's draft law to combat "radical Islamism" say the proposed measures are inefficient and will further stigmatise Muslims. They assert that involving Muslims in the ... END_OF_DOCUMENT_TOKEN_TO_BE_REPLACED

Sanctions against Ankara are being considered at the EU summit. The number of those in favour has risen. It remains unclear how Germany will behave. But would such measures have ... END_OF_DOCUMENT_TOKEN_TO_BE_REPLACED

Prominent Islamic scholar Muhammed Abu Zaid has urged Muslims in France to cooperate with the government. At the same time, he emphasised the need for the French authorities to ... END_OF_DOCUMENT_TOKEN_TO_BE_REPLACED

Last week Egypt's police stepped up an "unprecedented escalation" on activists by arresting a leading rights group director. Advocates on the Nile have long weathered a crackdown ... END_OF_DOCUMENT_TOKEN_TO_BE_REPLACED

In France and in Canada's Francophone province of Quebec issues of personal freedom have recently been thrown into sharp relief. In Quebec, legal proceedings have been initiated ... END_OF_DOCUMENT_TOKEN_TO_BE_REPLACED
Author:
Felix Koltermann
Date:
Mail:
Send via mail

END_OF_DOCUMENT_TOKEN_TO_BE_REPLACED
Social media
and networks
Subscribe to our
newsletter