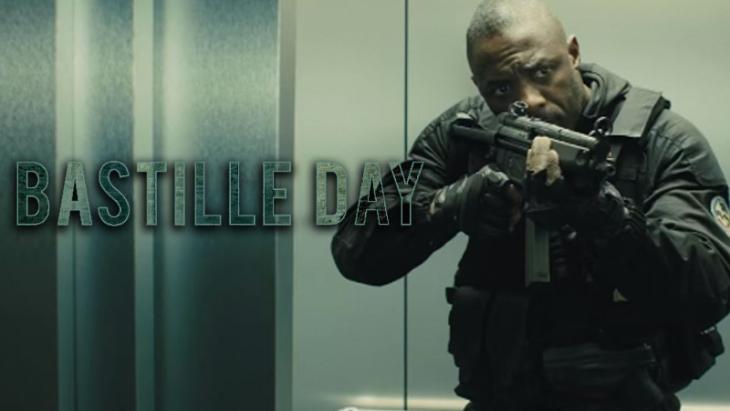 Should this be shown?

Fictional depictions of terrorism are sometimes a little too close to reality. After the horrific attack in Nice, two films, "Bastille Day" and "Made in France," fuel the debate on the media's role in glorifying terror. By Jochen Kürten

In the thriller "Bastille Day," a bomb explodes in Paris. Several people are killed. It happens on July 13, the day before the French national holiday. Paris turns into a security fortress. Another attack is planned for July 14 - and it has to be stopped. This is the dramatic plot of the French-British-American action film "Bastille Day," which has played in theaters in different European countries since April.

In Germany, the film was released on June 23. In France, its initial release was postponed after the Paris attacks. It was released instead on the day of the attack featured in the film, on July 13, but was pulled from cinemas over the weekend. The film posters in France bore the unfortunately slogan: "This year, you're the firework."

Reality caught up with fiction, with slight changes in the nature of the attacks and where they took place.

In "Bastille Day," the CIA agent in Paris quickly focuses his investigation on a group of radical Islamists. However, a completely different group turns out to be responsible for the bomb.

This action-driven, sensationalist film is centered on terrorism and hunting down terrorists. As everyone initially believes that Islamists are responsible for the attack, it is also a major issue in "Bastille Day." 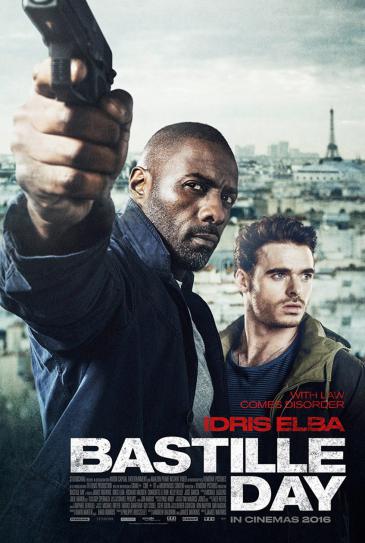 In the thriller "Bastille Day," a bomb explodes in Paris on July 13, the day before the French national holiday. Another attack is planned for July 14 - and it has to be stopped. In Germany, the film was released on June 23. In France, its initial release was postponed after the Paris attacks. It was released instead on the day of the attack featured in the film, on July 13, but was pulled from cinemas over the weekend.

The French film "Made in France" also tries to avoid generalizations on "the Muslims." In this film directed by Nicolas Boukhrief, a Muslim journalist saves the day in the end.

This journalist researches extremist circles in the suburbs of Paris and infiltrates a Jihadist cell to prevent a planned attack. This film therefore couldn't be accused of spreading anti-Islamic prejudice.

Should terror be used to entertain?

One of the concerns surrounding these films is their impact on the minds of their mostly male viewers. The decades-long debate on the influence of media remains: Do such films negatively affect young men, fuelling their violent impulses? Or do they cool them down through catharsis?

"Bastille Day" director James Watkins said, "A film should show the society we are living in," all while remaining entertaining and fun, he added. One may however wonder: Should both be happening in a same film?

"Made in France" is definitely a film that seriously tries to look into the phenomenon of terror, whereas "Bastille Day" goes overboard with the typical ingredients of an action movie.

Contributing to the cult of violence

Aren't these martial heroes (and anti-heroes) designed to be attractive to young men? How do marketing experts and advertising professionals producing and distributing these films contribute to the cult of weapons and military equipment?

The film "Made in France" was advertised with posters showing a Kalashnikov and the Eiffel Tower in the background. It was originally supposed to be released at the beginning of 2015. But after the Charlie Hebdo attacks, the distributors removed the posters and postponed the release. 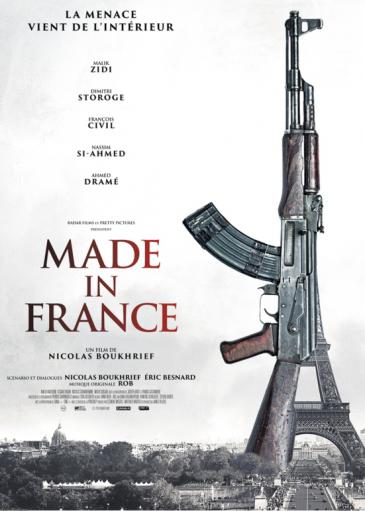 "Made in France" was originally supposed to be released at the beginning of 2015. But after the Charlie Hebdo attacks, the distributors removed the posters and postponed the release. The movie " was advertised with posters showing a Kalashnikov and the Eiffel Tower in the background.

A second release date was also cancelled due to the Paris attacks in November. "Made in France" has since been screened in film festivals in South Korea, Estonia, and most recently at the Munich film festival. After a premiere in October 2015, it was shown in a few French cinemas. In Germany, the film will only obtain a direct-to-DVD release in August.

Producers and distributors apparently feel uneasy when fiction is too close to reality. These films were planned and financed, filmed and edited long ago. "Made in France" and "Bastille Day" were both shot in 2014.

The phenomenon has already occurred in the US: After the attacks on September 11, 2001, some film productions were stopped or their release was postponed or cancelled.

In "Bastille Day," the CIA agent played by Idris Elba says about terrorists: "They use the city like a playhouse." Some film producers, it is now being said, appear to be using terror as the playground for commercial interests.

Looking outwards with the knowledge from within: a conversation with the Iraqi writer Sinan Antoon on the future of his homeland. Interview by Lena Bopp END_OF_DOCUMENT_TOKEN_TO_BE_REPLACED

Political analyst Taqadum al-Khatib argues that Egypt can, in co-ordination with its European partners, develop a common vision to solve the complex conflict in Libya. For this to ... END_OF_DOCUMENT_TOKEN_TO_BE_REPLACED

At the suggestion of his Arab students, Israeli psychologist Ofer Grosbard created the project "Quranet", which uses texts from the Koran to solve educational problems in schools ... END_OF_DOCUMENT_TOKEN_TO_BE_REPLACED

Libyans have mixed feelings about the EU. On the one hand, they admire what Europeans have achieved, but on the other, they feel let down. Moutaz and Walid Ali report from Tripoli END_OF_DOCUMENT_TOKEN_TO_BE_REPLACED

Turkey's President Erdogan wants to create a second Bosphorus. The cost to the economy and environment would be enormous – and that's why Istanbul's mayor is attempting to stop ... END_OF_DOCUMENT_TOKEN_TO_BE_REPLACED

Libya is in turmoil and no political solution is in sight. The EU's inability to take concerted action in the country, meanwhile, is being exploited by third parties, such as ... END_OF_DOCUMENT_TOKEN_TO_BE_REPLACED
Author:
Jochen Kürten
Date:
Mail:
Send via mail