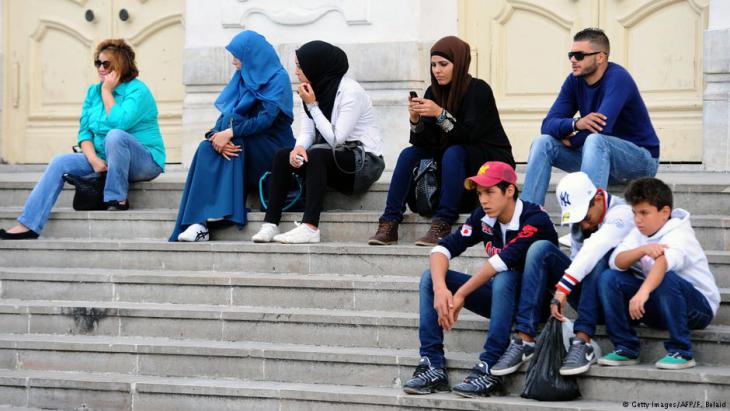 A study by Germany's Friedrich Ebert Foundation shows that young people from Arabic-speaking countries have an optimistic outlook on life, but little faith in politics. Christoph Hasselbach spoke to the study's co-editor for more insight

Mr. Gertel, which of the study's findings surprised you most?

Jorg Gertel: I find the contrast between the region's volatile economic, political and security situation and young people's optimistic view of the future most surprising.

Gertel: There is a two-part answer for this. These teenagers' parents entered the labour market during a time when there were many relatively secure jobs working for the state. They enjoyed a better education than their parents. Some still live at home, others have moved out. This an important distinction to make: those who still live with their parents feel protected and deem their economic situation quite promising. Whereas those who've moved out and started a family of their own say their situation is bad or even very bad. So once a person begins to take economic responsibility for his or her own life – and for that of others – their perception changes.

And yet, 65 percent of youngsters are optimistic about the future. Does that mean they're not actually ready to leave for Europe at the drop of a hat? 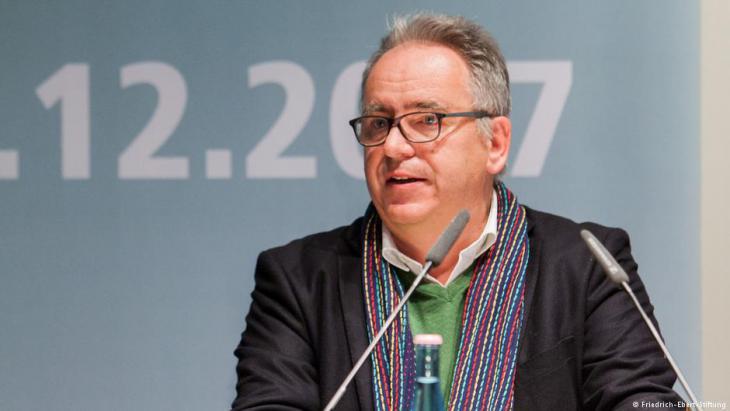 "You can tell that there's an exchange and process of mutual learning between Muslim and non-Muslim youngsters in Germany – they are beginning to share the same values. If you look at what Muslims in Germany value most, you see that they are similar to their peers," says Professor Jorg Gertel from the University of Leipzig, co-editor of the study

Gertel: That is one of the study's most interesting findings. Between half and two-thirds of those surveyed said immigration was not an option. Only 7 percent said they wanted to move abroad. One-third said they were undecided.

The Arab Spring has had a strong impact on these teenagers. Have they lost hope in democratic reforms?

Gertel: It is clear to see that practically nobody wants to get involved in politics – and party politics in particular. The study shows that most youngsters put their trust in God. This faith is not political in nature; it is a private matter. The youngsters distrust the political class. They want nothing to do with them. A deep rift divides them and the political world.

If religion is growing increasingly important for young Arabs, does this mean radical Islam could become more powerful?

Gertel: On the contrary. Those who are doing really badly might have trust in only two institutions: the family, which can usually be relied upon to help. And in extremely severe circumstances, like the famine that is affecting Yemen, when even families struggle or fail to support the weak and everyone is fighting for survival, people fall back on their belief in God. The study shows that this faith is regarded as a personal affair that nobody else should interfere with. 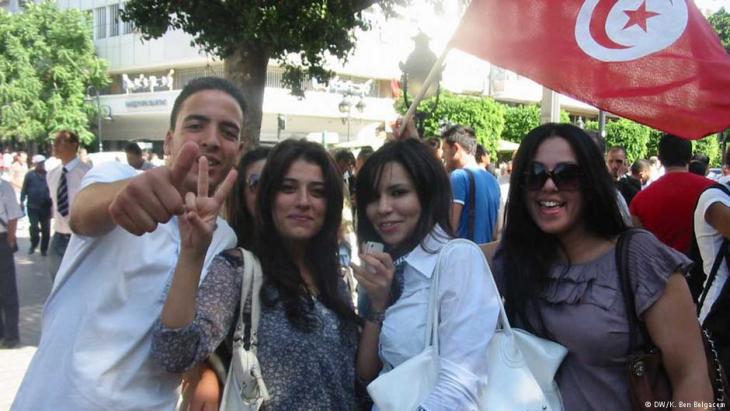 During 2016/2017, the Friedrich Ebert Foundation conducted a major survey of young people and young adults in eight countries throughout the Middle East and North Africa. The results provide fascinating insights into the attitudes, perceptions and ambitions for the future of some 9000 young people aged between 16 and 30 in Egypt, Bahrain, Yemen, Jordan, Lebanon, Morocco, Palestine, Syria and Tunisia

The regular Shell Youth study surveys youngsters living in Germany. How similar or dissimilar are the life experiences and beliefs of German teenagers and their Arab peers?

Gertel: There are several differences but also major similarities. When it comes to values, God plays a big role for Arab youth. German teens say they value a partner whom they can trust and good friends who accept them as they are. Above all, they reject conformity. German and Arab young people share a respect for law and order; they value family life, hard work and dedication. Both groups also afforded similar importance to accepting dissenting opinions and supporting those who've been marginalised by society. Here, German and Arab youth are very similar in their opinions.

How about Muslims living in Germany?

Gertel: We've compared them to young Muslims living in Arab countries. You can tell that there's an exchange and process of mutual learning between Muslim and non-Muslim youngsters in Germany – they are beginning to share the same values. If you look at what Muslims in Germany value most, you see that they are similar to their peers.

Professor Jorg Gertel from Leipzig University is the co-editor of the Friedrich Ebert Foundation's study "Coping with Uncertainty: Youth in the MENA Region."

Palme d’Or winner "Boy from Heaven" is a classic crossover film in which cultural elements are mixed together in haphazard and random fashion. Shady Lewis Botros bemoans the ... END_OF_DOCUMENT_TOKEN_TO_BE_REPLACED

In Doha, Arabs from Morocco, Tunisia, Egypt and Algeria are gathering to celebrate the first ever FIFA World Cup to be held on Arab soil. The criticism from Europe? Over the top, ... END_OF_DOCUMENT_TOKEN_TO_BE_REPLACED

November 2022 sees the Arab world firmly in the spotlight with the COP27 in Egypt and the FIFA World Cup in Qatar. Public trust in MENA governments is weak, thanks to their ... END_OF_DOCUMENT_TOKEN_TO_BE_REPLACED

COP27 in Sharm el-Sheikh is turning into a PR disaster for Egypt’s military regime. Instead of praise for the host, the news is full of solidarity for imprisoned activist Alaa ... END_OF_DOCUMENT_TOKEN_TO_BE_REPLACED

END_OF_DOCUMENT_TOKEN_TO_BE_REPLACED
Social media
and networks
Subscribe to our
newsletter