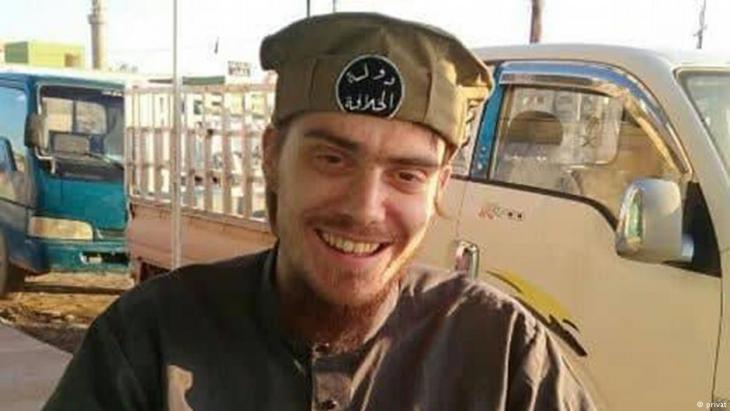 From Germany to "Islamic State"
The metamorphosis of Christian L.

To Sabine Lappe, Christian was a dream child. But her beloved son became an IS terrorist who died in Syria. The bereaved mother shared her story with Esther Felden

One Saturday morning in 2015, Sabine Lappe's telephone rang at a quarter to six in the morning. She was outraged, she remembers. "Who on earth is calling at this hour?" On the line was Christian, her son, 27 years old at the time. "Mama, we are in Turkey," he said, "We are waiting for the transport to Syria."

Together with his young wife, Yasmina, Christian had covertly left Germany to join the terrorist militia Islamic State (IS). Sabine Lappe begged him to turn back, but her words fell on deaf ears. "'No, we are not coming back. We go to where Allah's word cannot be changed,' he replied to me."

Sabine is in her early 50s and lives alone in a small two-room apartment in the western German city of Dortmund. There are no photos of Christian in the living room, but his kaftan is still hanging near the apartment door. "It will always stay there," she says in a determined voice.

The apartment is her retreat. She is reluctant to go outside. She is the mother of a terrorist. But she is also a mother who has lost her child, even if nobody mourns Christian with her. "I loved him," she says. "But in the end, there was nothing left of the Christian he used to be."

Sabine speaks quickly. She seems jittery and admits that she is nervous about speaking to the media. In many ways, Christian's story is also the story of her own life. For hours she describes very personally how she experienced her son's radicalisation. When asked to comment on Sabine Lappe, the state security wing of the German police refused, for "reasons of data protection". 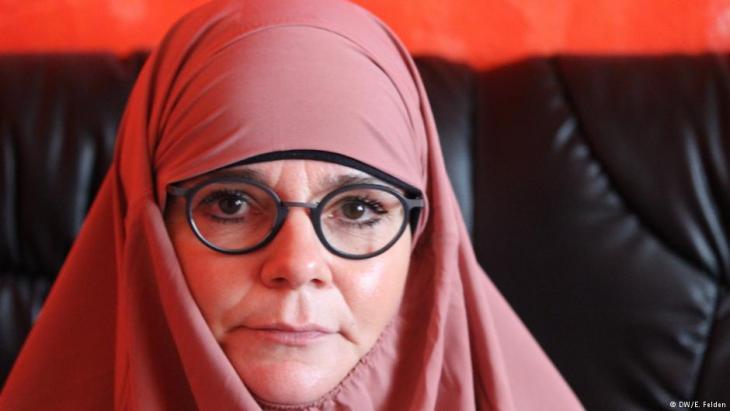 The horror of her own son's terror: Sabine Lappe is torn between her love for her child and the horror of what her son became and what he did

Christian was an intelligent child, eager to learn and playful, his mother says. But his upbringing was not carefree. She raised him alone. When he later started using drugs, she stood by him. As a teenager Christian fell ill. For a long time, nobody knew what was wrong with him. "He simply became less and less," Sabine says. "He ate, but he still continued to lose weight. The doctors thought it could be anorexia, perhaps for psychological reasons."

One night, at the age of 20, Christian had such severe stomach pains that Sabine called the ambulance. He was operated on that same night. The doctors diagnosed him with a form of chronic intestinal inflammation called Crohn's disease.

Sabine remembers that Christian made a promise to himself after waking up from anaesthesia. He wanted to thank God that he had been given a second chance at life. Up to this point, Christian had had no points of contact with Islam, let alone the ultraconservative form of Salafism. His family was Catholic, although not strictly practicing.

Home
Print
Newsletter
More on this topic
Interview with the sociologist Farhad Khosrokhavar: Radicalisation in the suburbsPreventing jihadism: The psychology of radicalisation: Lego IslamInterview with French extremism researcher Olivier Roy: ″Radicalisation is not the result of failed integration″
Related Topics
'Islamic State' | IS, Jihadism | Jihadists, Radicalisation, Salafis | Salafism
All Topics

Iranian artist Parastou Forouhar has lived in Germany since 1991. Full of rage, just like the protesters, she hasn't yet given up on the idea of justice. By Julia Hitz END_OF_DOCUMENT_TOKEN_TO_BE_REPLACED

Unflattering terms were used at a German Football Association human rights congress aimed at "intensifying the discussion" ahead of the World Cup. One speaker in particular made ... END_OF_DOCUMENT_TOKEN_TO_BE_REPLACED

Fariduddin Attar’s "The Conference of the Birds", one of the seminal works of Islamic mysticism, has recently been published in sumptuously illustrated German translation. It ... END_OF_DOCUMENT_TOKEN_TO_BE_REPLACED

Egyptian authorities have Mada Masr in their sights once again after critical reporting. But the editor of the country's last independent news source is adamant they will continue ... END_OF_DOCUMENT_TOKEN_TO_BE_REPLACED

Like Christianity, Europe's history is one of migration. Both have strong roots in the Orient and in cultures thousands of years old. Cultural historian Bernhard Braun invites us ... END_OF_DOCUMENT_TOKEN_TO_BE_REPLACED
Author:
Esther Felden
Date:
Mail:
Send via mail

END_OF_DOCUMENT_TOKEN_TO_BE_REPLACED
Social media
and networks
Subscribe to our
newsletter