From veils to turbans to face masks: Covering up in Africa

Given the COVID-19 pandemic, more and more Africans are wearing face masks. But in some regions of the continent, covering the face is a centuries-old tradition. By Verena Greb 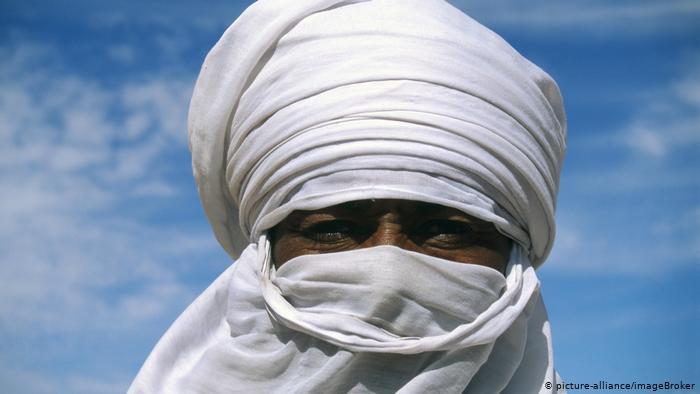 More than merely functional: the turban head covering of the nomadic Tuaregs, as well as the face veils worn by the men, protect them from the sun and sand of the Sahara and Sahel. Yet they're not only worn for functional reasons: head coverings convey respect and dignity, while donning the veil is also a male rite of passage into adulthood 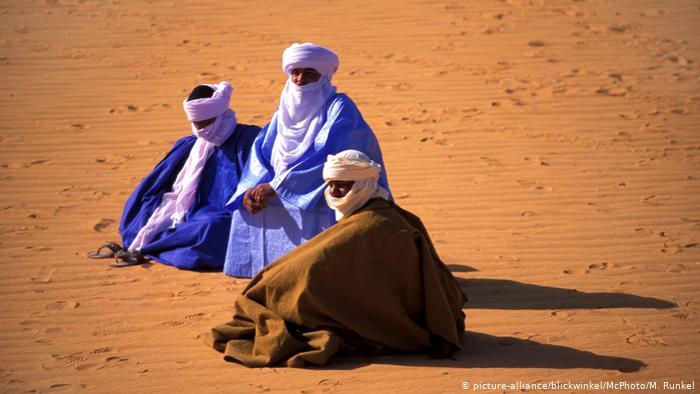 Veils only for men: according to tradition, the Tuareg veil protects against the spirits of the dead, called "Kel Eru", who could try to enter the men on their travels through the desert. Historically, Tuareg turbans and veils were dyed using indigo, which leaves traces of colouring on one's skin. Because of this, Tuaregs were known as the "blue people" of the desert 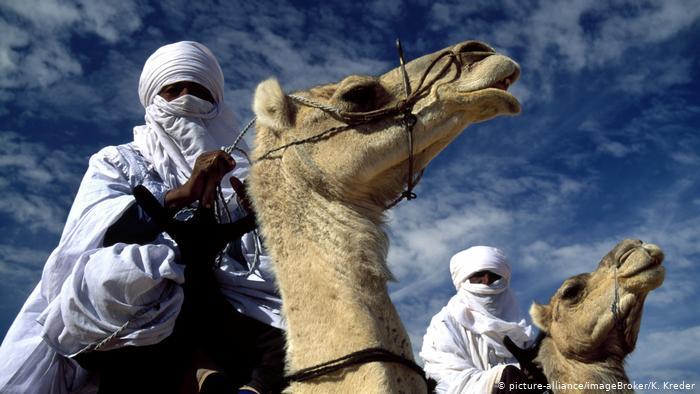 Nomads of North Africa: the Tuareg people belong to the larger nomadic group of Berbers. These days, many of them have settled in specific locations. In Niger, they call themselves "Imajeghen", in Algeria and Lybia "Imuhagh" and "Imushagh" in Mali. The foreign word "Tuareg" goes back to the Berber word "Targa", which was used to describe a province in Libya 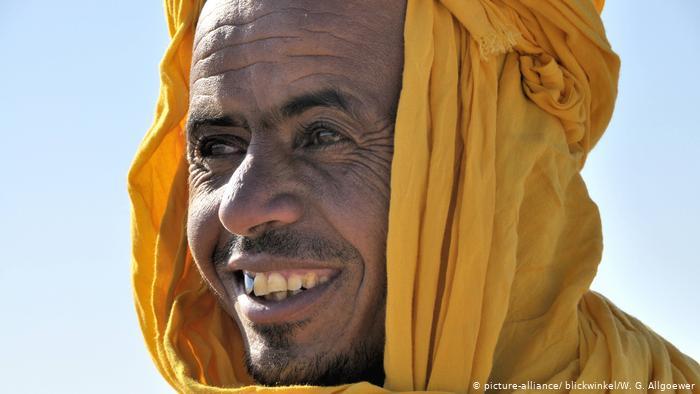 Age-old tradition: the headdresses and face veils of the Tuareg are called "tagelmust" or "litham". The yellow "litham" in the photo is worn by a man living in the Moroccan part of the Sahara. He belongs to the Berbers of Morocco. Traditionally during conflicts, a cloth like this made the wearer harder to recognise 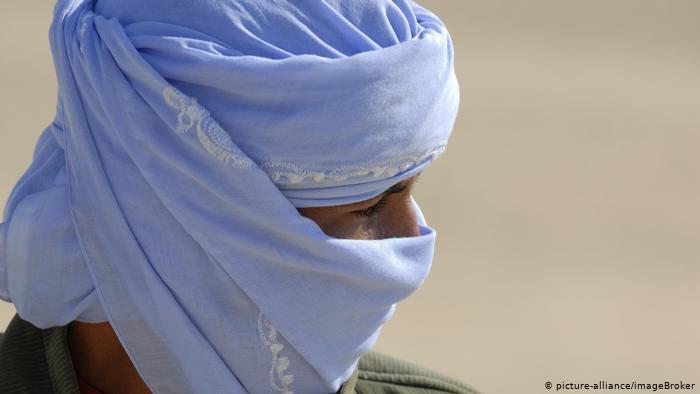 Regional customs: like the Tuaregs and Berbers, Bedouins are also nomadic desert dwellers. They live on the Arabian Peninsula and in neighbouring states including Israel and Egypt. The name of the cloth that this man in the picture wears in the Libyan Desert of Egypt is called "keffiyeh", or in some areas "ghutrah" or "hattah". How it's worn varies from region to region 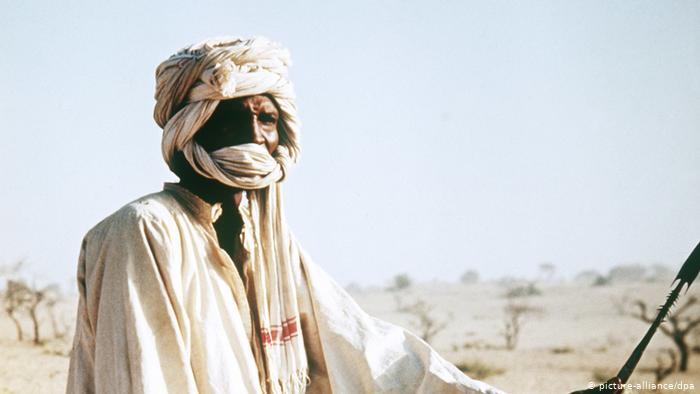 A male status symbol: it is also the men and not the women who veil themselves among the Tubu people, who mostly live in the northern Chad basin. The men are in charge of sewing clothes as well. The Tubu often work as shepherds, taking care of sheep and goats or breeding camels 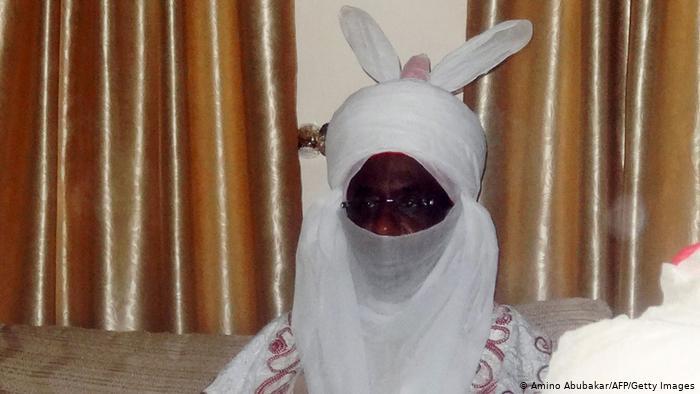 Religion plays a role: the veil is also to be found in the state of Kano in the West African Republic of Nigeria, as worn here by the current emir. Until March 2020, this was Muhammadu Sanusi II (pictured above at his appointment in 2014). His successor is Aminu Ado Bayero. The Emir of Kano is the second most important Muslim leader in the country after the Sultan 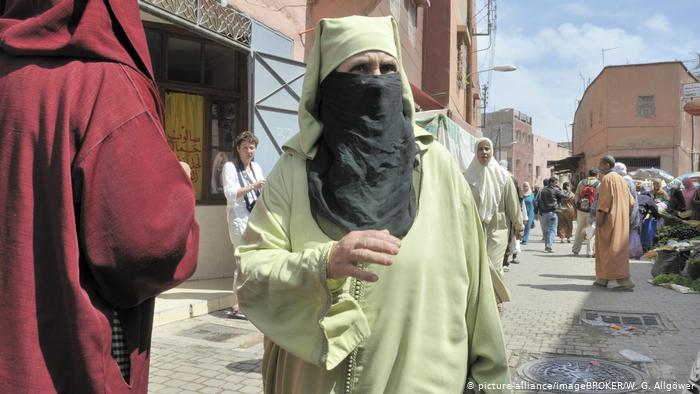 Masking the female: many Muslim women cover their faces with a niqab. It is widespread on the Arabian Peninsula, but less frequent in North Africa. The woman in this picture also wears the traditional abaya – a floor-length overcoat – and a headscarf. However, Morocco imposed a ban on the sale of burkas and niqabs in 2017, citing security concerns 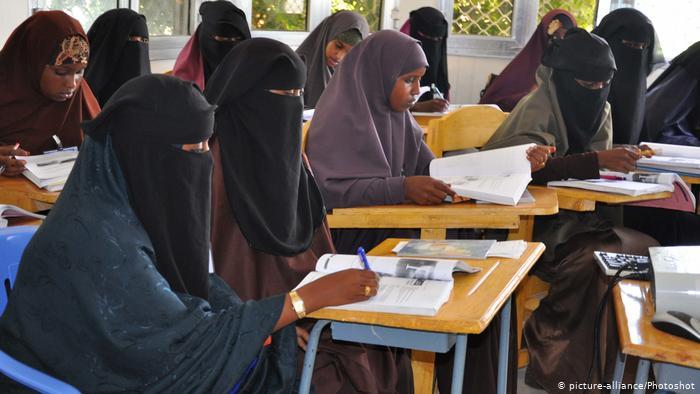 Outward sign of piety: religious women in Somalia dress differently these days. While Muslims traditionally did not cover their faces with a niqab in this East African country, it has been seen more often since the 1980s due to the increased influence of Islam — especially in cities. In the picture, students in Mogadishu wear the niqab 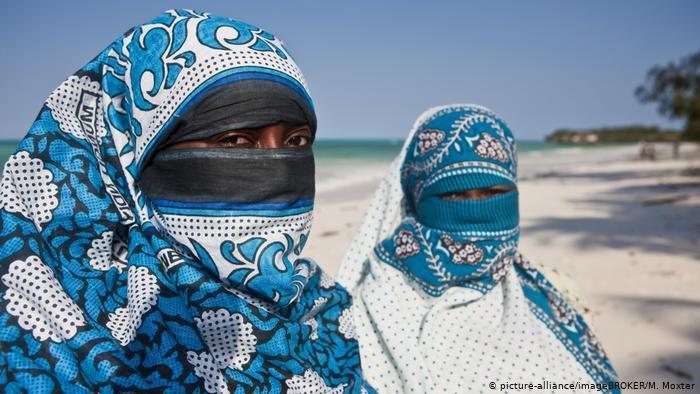 Dressed for the beach: a little further south, in Zanzibar, which is a part of Tanzania, there are also women who cover their faces. The Zanzibar archipelago is home almost exclusively to Muslims. Covering the face is no longer uncommon on the entire African continent 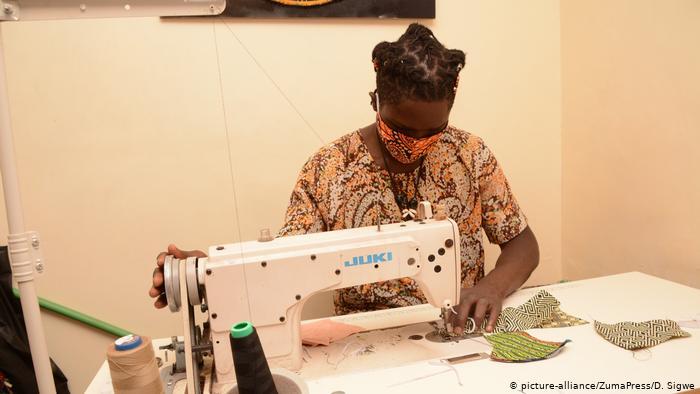 Face masks against COVID-19: due to the coronavirus pandemic, it is now mandatory in Kenya, for example, to wear a face covering in public. But not everyone can afford disposable masks. In Kibera, an impoverished neighbourhood in Nairobi, designer David Ochieng distributes reusable fabric masks which he and his company, Lookslike Avido, make for those in need 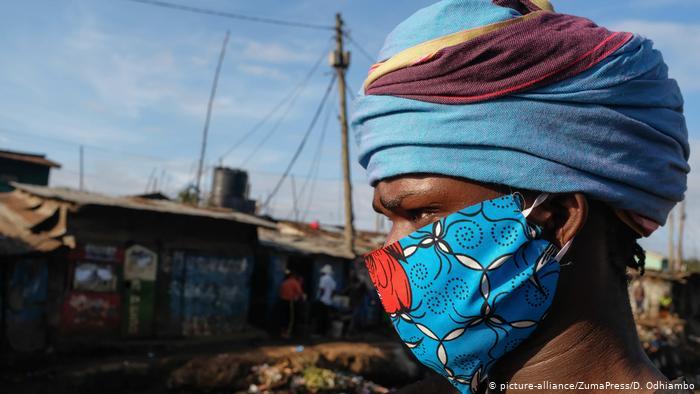 Colourful protection: designer David Ochieng (pictured), who goes by the name Avido, is seen here wearing one of the masks he made. Avido grew up in the neighbourhood of Kibera and typically wears his own designs. This autumn, his company Lookslike Avido had been invited to attend the Okorausch Festival in Cologne, Germany, which highlights sustainable design 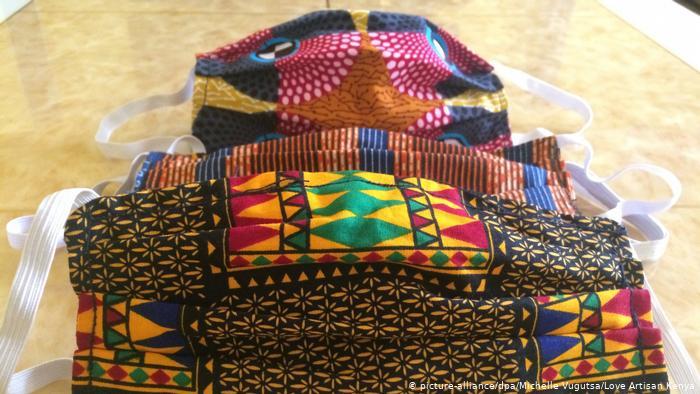 Alternative employment for small businesses: furniture-maker Sara Reeves was forced to close her workshop in Nairobi during the coronavirus crisis, so she and her team turned to making masks instead. They use the colourful kitenge fabrics typical of East Africa. She donates one mask for each she sells. In this way, masks will "get into the hands and onto the faces of people in need of protection," says Reeves 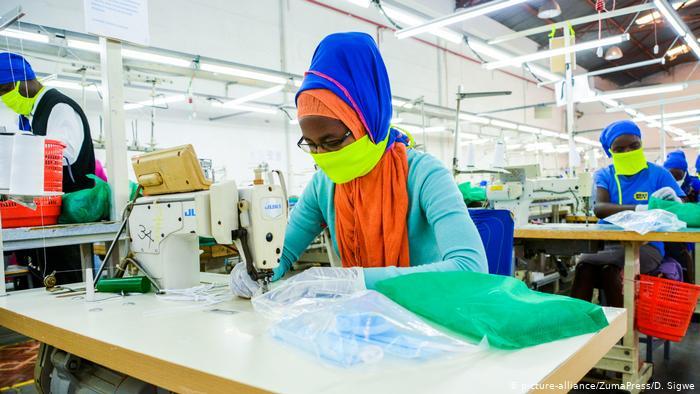 Coping with the pandemic: around 300 seamstresses in a factory in Nairobi produce around 20,000 disposable masks every day. Some factories in Kenya have shifted production to make surgical masks and other protective equipment, often with no prior experience. The same is happening around the world, in countries including Mexico and the Palestinian territories, where factories are adapting to meet the growing need for gear

END_OF_DOCUMENT_TOKEN_TO_BE_REPLACED
Social media
and networks
Subscribe to our
newsletter