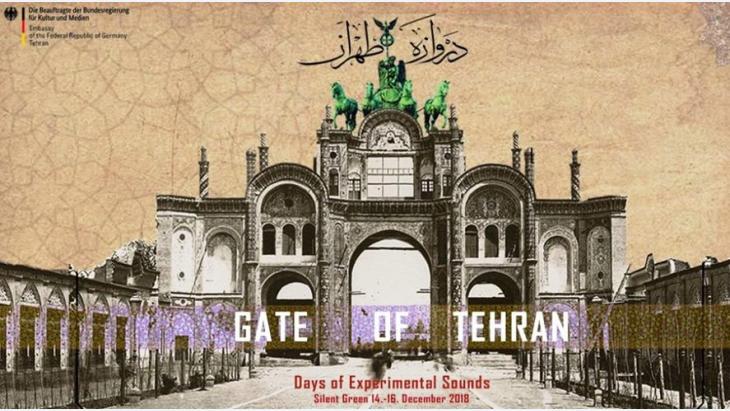 Mehdi "Peter" Pirhosseinlou lives and works as an artist in Tehran. He regularly organises concerts and festivals in Iran with the artist collective "House No. 4", which he founded. "Gate of Tehran" is an electronic sound spectacle currently showcasing in Berlin. Interview by Laura Overmeyer

Mehdi "Peter" Pirhosseinlou: House No. 4 is actually a real house. It is located in the city centre of Tehran and bears the house number 4. By Tehran standards, it is quite an old house, about 100 years old, traditionally built with an inner courtyard. It is a small oasis surrounded by skyscrapers and new buildings.

I discovered it five years ago and decided to rent it together with a friend. Both of us were already active as artists in Tehran at the time: he as a painter and photographer, I as a musician. We set up a studio and a stage in the house and invited artist friends of ours to join us in practicing and giving performances.

Our door was always open and House No. 4 gradually became a meeting place for the city's independent art scene. It was a unique location where artists could freely exchange ideas across artistic genres and genre boundaries, work on joint projects and simply get to know new people. The project has retained its networking and platform character to this day.

But I understand the project has since expanded beyond the walls of the original House No. 4.

Pirhosseinlou: Yes, the house still exists as a kind of headquarters, but these days the artists′ collective is also active in other venues.

How did this come about?

Pirhosseinlou: It all began when we started organising concerts, theatre performances, exhibitions and workshops in the house. Over time we simply became more professional. We didn′t set out to achieve that, it just happened. As if by magic, House No. 4 developed its own dynamic! More and more people joined us and soon we simply ran out of space. As a result we were forced to look around for new venues. So we began giving concerts and holding music festivals in small private galleries, concert halls, studio theatres and cafes. But that all happened "underground" – with no official registration. These days, some of our events are even granted a permit by the authorities.

What is the difference between the official and the underground scene in Iran?

Pirhosseinlou: If you perform officially as an artist in Iran, regardless of genre, you have to have your work checked by a government agency. Censorship is the norm: books, plays, song lyrics, photographs, films, paintings – nothing is allowed to cause offence, political, religious or otherwise. Women are particularly restricted in their public appearances.

In the "underground" scene, you are freer artistically, but at the same time you have much less reach and, by extension, fewer career prospects. However, the boundaries are blurred, because many artists are active in both an official and an underground capacity. Moreover, there are certain lines you may not cross even as an "underground" artist, because what you do is never completely hidden.

Doesn't this make you feel restricted in your artistic work? 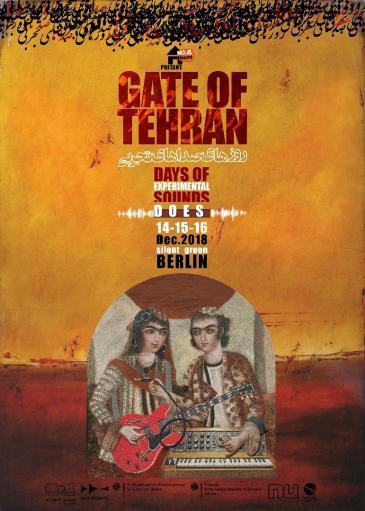 Beyond musical borders: the "Gate of Tehran - Days of Experimental Sounds" festival is being held from 14 to 16 December 2018 at the "Silent Green Kulturquartier" at Gerichtstrasse 35 in Berlin. Iranian artists from Tehran, Berlin, London and Vienna have agreed to take part. In addition to the six performances, there will be an exhibition on "Iranian Digital Art". Artist talks will also be a feature of the festival, allowing the public to engage in a direct exchange with Iranian artists

Pirhosseinlou: No, not really. Although they are more pronounced in Iran, restrictions exist everywhere. On the other hand, we Iranians learn to deal with them from an early age. I personally accept the situation and try, as we all do, to deal with it flexibly and dynamically. Of course, sometimes I would like to be a little freer – but I also occasionally get the feeling that the situation as is actually increases our creativity. By the way, in recent years, we have been more restricted by economic concerns than by politics.

How has Iran's music scene changed since the Islamic Revolution in 1979 and where does it stand today?

Pirhosseinlou: Before the Islamic Revolution there was a very active pop scene in Iran with some famous singers. However, apart from the "popular" traditional music, it was not a particularly creative or participative phase: except for a handful of few superstars, there was no independent music scene in the country. Iran's entire art scene collapsed as a result of the Islamic Revolution and the eight-year war with Iraq. Apart from political-religious and patriotic war songs, hardly any music was produced. Many of the former superstars went into exile.

In the 1990s, the cultural scene as a whole began to recover somewhat and in the early 2000s more art was produced again. The scene has experienced a real upswing in the last seven to eight years. During this time – thanks in part to political easing – private and independent venues have sprung up like mushrooms, especially in Tehran: cafes, theatres, stages, galleries. And these have provided the space for an independent art and music scene to develop.

Tehran now has a very diverse and active cultural scene. There are events every day. This is a very positive and exciting development. In my opinion, the quantity is particularly important: initially, it was simply important to stage any events at all, that there was variety. Now it is all about quality. So we are slowly moving from quantity to quality.

Did House No. 4 play a major role in this development?

Pirhosseinlou: That would be for others to judge. I do however believe that our participatory and inclusive project caught the spirit of the times. The element of support that I observe in the creative scene is the sense of cohesion among artists. A community grows up that is united across art forms and genres – through its enthusiasm and the desire to create something new together. Openness, participation and exchange are immensely important. They are the basis on which House No. 4 stands. Money and fame are of secondary importance.

If you look at the contemporary music scene, which genres are dominant?

Pirhosseinlou: As I said, the scene is very diverse and many genres are in a state of flux. In the alternative music scene in which I move, there is a lot of jazz, electronica and experimental music, rock, punk etc... Increasingly such influences are fusing with each other, in interaction with visual or performing elements. And of course, traditional Iranian music has had a great influence on all styles to this day. Our culture is very important to us; it is something we are always trying to integrate in our work.

From 14 to 16 December you are holding your first music festival outside Iran – in Berlin. What is "Gate of Tehran - D.o.E.S." about?

Pirhosseinlou: D.o.E.S stands for "Days of Experimental Sounds". It's a festival we've already hosted four times in Iran, the first time in 2016. The concept is not so much a genre as an approach: artists are asked to think innovatively, creatively and beyond the usual genre and genre boundaries. The actual performances are very different every time. In general, the role of digital art appears to be increasing, but central to the event is creativity and new ideas.

Home
Print
Newsletter
More on this topic
Official "House No. 4" websiteMusic and power in Iran: An instrument of propaganda and controlThe history of jazz in Iran: Creating a confluence
Related Topics
Iranian music, Musical worlds, Places of Dialogue
All Topics

Giessen, Eichsfeld, Kusel, Berlin – cars bearing old German number plates are the latest trend on the streets of Cairo. Many Egyptians regard the discarded plates as chic. What ... END_OF_DOCUMENT_TOKEN_TO_BE_REPLACED

Tunisia has been going through a severe economic and political crisis in recent years. More than one in three young people there are unemployed. For many skilled, qualified and ... END_OF_DOCUMENT_TOKEN_TO_BE_REPLACED

German imams have publicly expressed their solidarity with the women of Afghanistan. In a letter of protest, the clerics say that the Taliban regime's decree barring women from ... END_OF_DOCUMENT_TOKEN_TO_BE_REPLACED

At the end of every year, the team at Qantara.de gives you a run-down of the ten most-read articles on the site over the past 12 months. Here is a quick overview of the stories ... END_OF_DOCUMENT_TOKEN_TO_BE_REPLACED

Social engagement is often motivated by religious factors. A new book explores the background to these community efforts and appraises how effective they are in helping to ... END_OF_DOCUMENT_TOKEN_TO_BE_REPLACED

The government in the Netherlands, one of the last European nations to abolish slavery, has made an historic apology. But some feel that there is still a long way to go. By Ella ... END_OF_DOCUMENT_TOKEN_TO_BE_REPLACED
Author:
Laura Overmeyer
Date:
Mail:
Send via mail

END_OF_DOCUMENT_TOKEN_TO_BE_REPLACED
Social media
and networks
Subscribe to our
newsletter