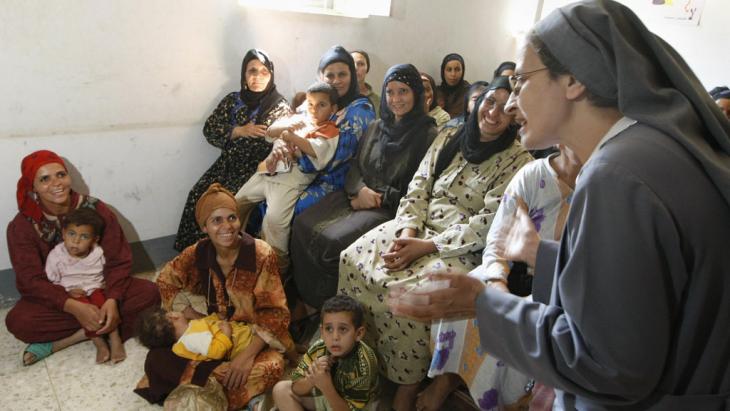 Egypt is the only country in North Africa where the practice of female genital mutilation remains widespread – despite an official ban and many public information campaigns for women. Anna Kölling reports from Cairo

According to estimates, over 90 per cent of all Egyptian women of childbearing age are affected by genital mutilation. The scale of this practice first became apparent in 1994 with a study conducted on population development and health. Activists have been fighting against female circumcision for decades and, after the popular uprising in early 2011, women's rights once again became a prominent topic in the media. Although women and men have fought side by side on the streets, the rights of women are nevertheless becoming increasingly jeopardised. Ultra-conservative groups, for example, are calling for the lifting of the ban on female circumcision, which was enacted into law in 2008.

In Egypt, female genital mutilation is generally regarded as a valuable traditional practice that should be maintained. The conviction that the practice is important for hygiene or even aesthetically preferable is grounded in often fragmentary anatomical knowledge with respect to female genitalia. This is even the case within the Egyptian medical community. In addition, there are pre-Islamic myths claiming that the clitoris is an organ that could grow to immense proportions without circumcision.

Those who assume that the tradition of female circumcision belongs to the Sunnah of the Prophet point to a saying of Mohammed, whereby a woman circumciser is allowed to continue the practice, as long as the operation removes only a small amount of flesh. However, it is hardly possible to derive an explicit endorsement of the practice from these words of the Prophet. On the contrary, this saying allows an interpretation according to which the Prophet carefully considered the situation and did not want to apply an outright ban, but instead was attempting to change society little by little. 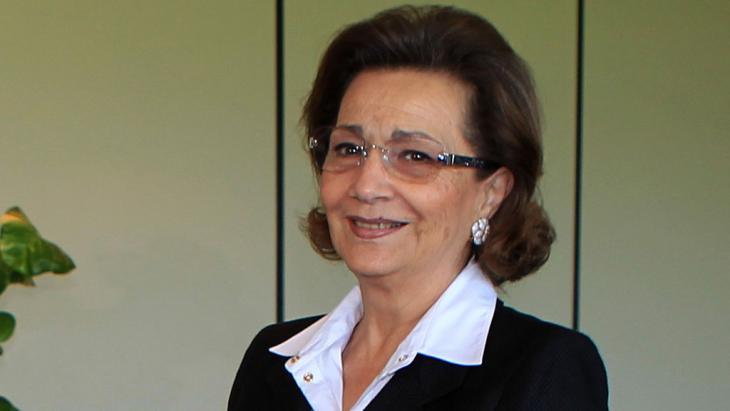 The widespread practice of female genital mutilation in Egypt was made a punishable offence in 2008. Egypt's then first lady Suzanne Mubarak described the practice as a form of "physical and psychological violence against children that must finally be brought to an end!"

The fact that female genital mutilation has been practiced in the West and is also prevalent among Egypt's Coptic Christians counters the claim that the practice has a purely Islamic origin. Despite this, after the health risks of genital mutilation became known in the 1990s, Islam became the main argument for continuing the practice, as it was defended and highly esteemed by conservative religious groups.

Egyptian women activists and academics regard the real reason for the mutilation of female genitalia as lying in the desire to control female sexuality.

Decades of efforts by government institutions and NGOs have, to date, not been able to significantly reduce the spread of genital mutilation. Studies have indicated, however, that the support of the practice within society has since greatly diminished. It has become apparent that this could lead to a reduction of the spread of the practice, as far fewer women in the younger age group are affected now.

Drawing attention to the health risks of the practice did not lead to the desired decline in the operation, but rather to its "medicalization". As a result, most girls are circumcised by medical professionals instead of the traditional women circumcisers and barbers as a means of avoiding infections during the operation. Since the first law was instituted in 2008, however, doctors performing the operation are also subject to criminal proceedings.

The fact that Islamic and Christian theologians have spoken out against the practice in media campaigns has not led everyone to change their views. This is despite Biblical as well as the Koranic precepts that God's creation must be kept sacrosanct and that any unnecessary medical intervention be avoided. 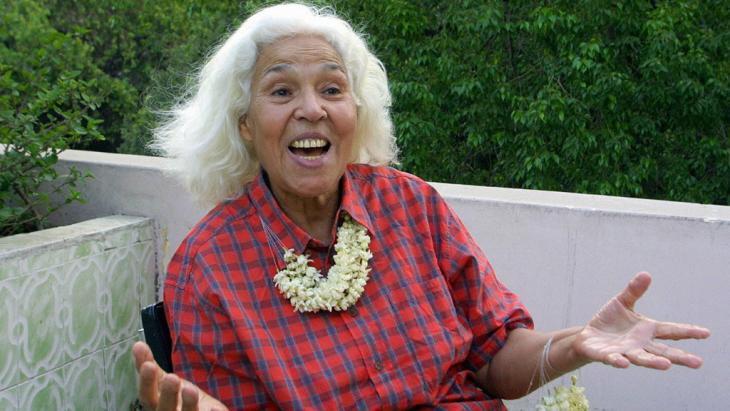 For the Egyptian doctor, author, and women's rights activist Nawal Al-Saadawi, female genital mutilation thereby serves as a patriarchal instrument of control over women by men

A relatively new approach has been to denounce female genital mutilation as a violation of human rights. The discussion concerning human rights only began to play a role in the early 1990s in connection with the topic of violence against women in general. According to Egyptian human rights activists, the characterization of genital mutilation as a violation of human rights provided the breakthrough in the fight against this practice. It remains an open question, however, to what extent one can pursue the argument for the human right of the inviolability of the human body.

In particular, this becomes problematic when bodily integrity is infringed upon in many social spheres and by state institutions, for example, through institutionalized torture.

The first law in 2008 instituted a general ban on female genital mutilation in Egypt, despite heavy resistance from the religious right. In February 2012, the highest constitutional court declined a request by conservative religious groups to overturn the law, as they claimed that the ban on genital mutilation ran counter to the Sharia.

A patriarchal instrument of control

To some extent, success in reducing the level of the practice has been achieved through public education campaigns, which were incorporated into general development promotion programmes directed especially for women. Nonetheless, the practice is still widespread and the numbers have hardly changed over the past 20 years.

Like many other activists, the Egyptian doctor, author, and women's rights activist Nawal Al-Saadawi attributes this fact to the link between this tradition and the significance of virginity in society. Accordingly, the operation serves as a guarantee for the chastity of young girls and suppresses their sexual desires. Female genital mutilation thereby serves as a patriarchal instrument of control over women by men.

The fact that Islam attaches great importance to the fulfilment of sexuality for both men and women contradicts the assumption that female genital mutilation is tied up with a religious tradition. In reality, it was always and everywhere practiced as a countermeasure to ease male anxiety towards the (sexual) freedom of women. For this reason, a complete reorientation is necessary in patriarchal society in order for women to be able to lead autonomous lives and to enjoy sole control over their own bodies. As such, the struggle against female genital mutilation is an integral part of the fight for emancipation and the equal legal status of men and women.

The author is an educator specializing in the theme of interculturality. She currently lives in Cairo.

As the photo of Fairouz talking to French President Emmanuel Macron spread around the world, many asked if Arabs today had any contemporary stars of Fairouz's standing. In this ... END_OF_DOCUMENT_TOKEN_TO_BE_REPLACED

Saudi Arabia and its allies have agreed to set aside their differences with Qatar at a summit meeting of the Gulf Cooperation Council. The restoration of diplomatic relations ... END_OF_DOCUMENT_TOKEN_TO_BE_REPLACED

Many in the West equate Middle Eastern music with the folklore of "A Thousand and One Nights". Tayfun Guttstadt demonstrates just how erroneous this is END_OF_DOCUMENT_TOKEN_TO_BE_REPLACED

Ten years after the start of the Arabellion in North Africa and the Middle East, many view the movement as a failure. But rather than being over, it has now entered a more mature ... END_OF_DOCUMENT_TOKEN_TO_BE_REPLACED

END_OF_DOCUMENT_TOKEN_TO_BE_REPLACED
Social media
and networks
Subscribe to our
newsletter