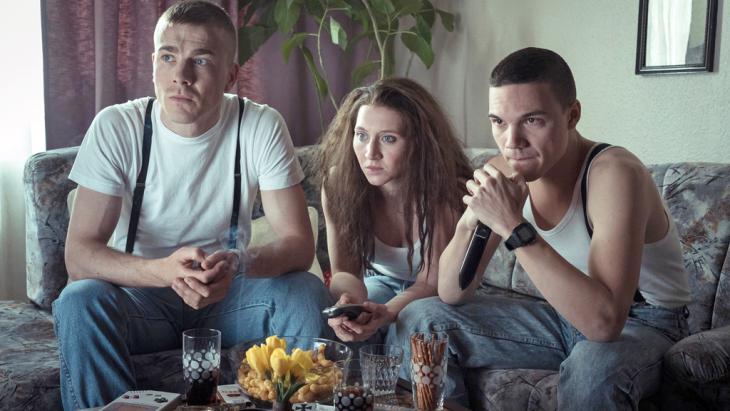 Don't look the other way!

The NSU neo-Nazi terrorist trial barely makes the headlines anymore. A German TV miniseries on their alleged murders also met with little interest. Sarah Judith Hofmann wonders whether Germans are even interested in the case being solved

It's embarrassing. German state TV tackles one of the most relevant topics of our times and no one really seems to care.

The ratings for the mini-series "Mitten in Deutschland: NSU" (In the heart of Germany: NSU), a three-part film on a series of murders allegedly committed by the self-styled National Socialist Underground (NSU) over 10 years, were lower than for any of the thrillers, dramas or comedies usually aired by the public broadcaster ARD at 8:15 p.m. – that's prime time TV in Germany. Fewer than three million viewers watched any one of the three parts.

It seems as if Germans would rather be lulled by shallow romance films than take a hard look at how a far-right group of criminals managed to kill 10 people in broad daylight without being caught.

Why did people shy away?

For German TV standards, the films were unusually gritty. There was no way one could watch them slouched on the sofa with a beer and pretzels – particularly part 1 ("The perpetrators") and part 2 ("The victims"). The very first scene packed a punch. It showed Turkish flower salesman Enver Simsek arranging buckets of flowers at his small roadside mobile flower stand in September 2000. Simsek then rolled out a prayer rug in his van. A camper van pulled passed the stand and stopped. Anyone who has read anything about the murders will know that Simsek is about to die. Instead of actually showing this, the scene radically cut to black and the words "Today is not every day" appear.

Only then did the film go on to tell the story of the NSU trio Uwe Mundlos, Uwe Bohnhardt and Beate Zschape. Christian Schwochow directed part 1 and he took chances with the camera work, editing and sound, juggling with what one would normally expect to see – unusual for a German TV production. 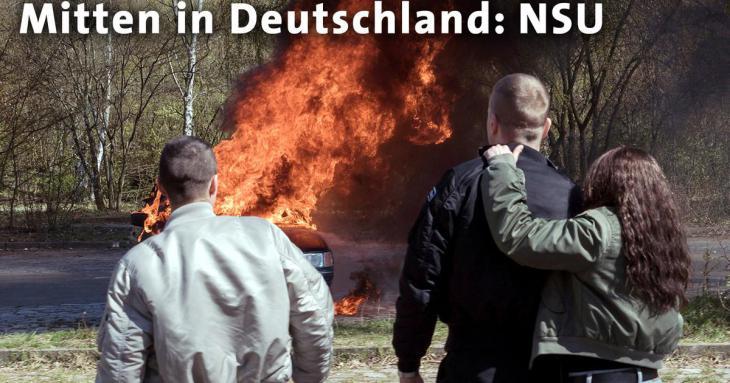 An embarassing lack of interest: the ARD trilogy about the NSU terror cell did not attract a fraction of the viewers it was expected to. The second part of the series with the title, ″The victims – don′t forget me″, based on the book written by Semiya Simsek, whose father Enver was shot in Nuremberg in 2001, reached an audience of 2.34 million. This represents a mere 7.3 percent of the market

How could the murders happen ″in the heart of Germany″?

The acting was great in all three parts, from Anna Maria Muhe as Beate Zschape to Sylvester Groth in the role of investigator. In part 2, Almila Bagriacik played Semiya Simsek, the daughter of the first NSU murder victim. Her portrayal was so genuine, one could have been forgiven for thinking one was watching a documentary.

The second part was clearly the most intense of the films, due perhaps to the fact that it was based on Semiya Simsek's memories. It offered viewers a close look at the victims who were often given short shrift by the media coverage. It hurt to see how the police suspected the Simsek family after Enver Simsek's death, to watch how police officers resorted to questionable interrogation methods, how the family was emotionally abused.

It was embarrassing to watch the films as a German. Have we learnt nothing from our past? "Never again" would there be a Holocaust, no more National Socialism, no more racism. It's a mantra we have been wont to repeat – and rightfully so – every year. But faced with the NSU crimes, we must admit: we looked the other way.

How else can we explain that it took investigators so long to connect the murders to the far-right scene? That terms like "Doner murders" were used by serious publications? That even today, politicians still justify themselves with evidence indicating the crimes were connected to a Turkish criminal scene? That's what Gunther Beckstein, who was Bavarian interior minister at the time, claimed in a talk show after part 2 was broadcast. Why is it that to this very day, we still do not know much about the involvement of the informants from the neo-Nazi scene working for the German intelligence service? 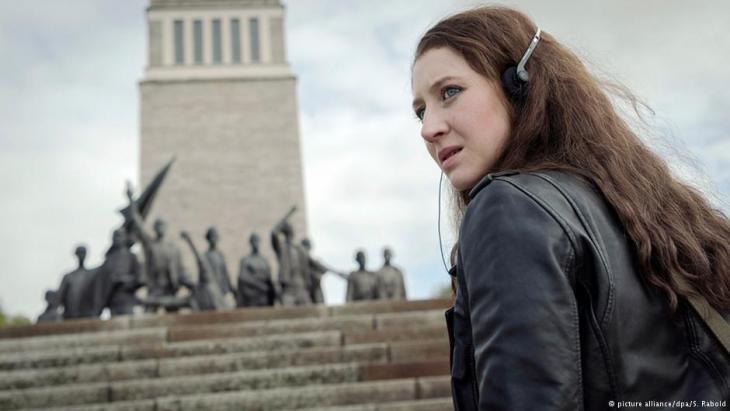 Beate Zschape – portrayed in the film by Anna Maria Muhe. She is currently on trial in Munich as the main suspect in the NSU case. Beate Zschape, the only surviving member of the NSU trio, has been on trial since 2013 – along with four other accused. The scene that produced the "National Socialist Underground " is, however, undoubtedly bigger

No verdict on Zschape yet

These are the questions the films asked, in particular in part 3, ("The investigators"). At the same time, this was the part that most clearly highlighted the mini-series' main problem, apart from feeble dialogue: it combined fictional characters and events with scenes based on fact. Much remained speculative.

Obviously, a feature film has every right to do so. But this is a special case, since the Munich trial of Beate Zschape is still ongoing. Gisela Friedrichsen, court reporter for "Der Spiegel", argues that the films interfered with ongoing proceedings and that they ignored the presumption of innocence that even the likes of Beate Zschape are due.

Meanwhile, the trial continues to drag on as the defendants do their very best not to contribute to clarifying events, while ensuring that the public loses interest after ever more delays and adjournments. Perhaps the films were aired too soon.

Fiction as a basis for discussion?

Films can help people come to terms with historic injustices – the 1978 US "Holocaust" mini-series proved it. The film was broadcast a year later in West Germany; it mesmerised 10 to 15 million viewers. For the first time, the wider public discussed the Nazis' crimes. Today, the series is regarded as a milestone in the history of German remembrance. It is even accredited with being the reason why the Bundestag lifted the statute of limitations on murder in 1979.

"Holocaust" was broadcast more than 30 years after the end of WWII. We can only hope that Germany will not wait that long before coming to terms with the NSU murders.

Business in the Moroccan city of Tangiers is booming due to its location at the nexus of global trade routes. But many locals are failing to reap the benefits. What they crave ... END_OF_DOCUMENT_TOKEN_TO_BE_REPLACED

Morocco and the European Union are at cross purposes when it comes to the Western Sahara. And, as Germany does not support Moroccan claims to the territory, a major conflict has ... END_OF_DOCUMENT_TOKEN_TO_BE_REPLACED

Jewish voices are much more diverse than the public often sees. Jewish men and women who oppose the injustice of Israeli occupation in the West Bank deserve our respect and ... END_OF_DOCUMENT_TOKEN_TO_BE_REPLACED

They’ve already got the Louvre; they’ll soon have a Guggenheim Museum as well – and now the Emirates have added literature to their quest for cultural supremacy in the Arab world ... END_OF_DOCUMENT_TOKEN_TO_BE_REPLACED

The Germans have a fragmented perception of the conflict between Israel and the Palestinians, and their discourse is dominated by certain catchphrases. All the while, there is a ... END_OF_DOCUMENT_TOKEN_TO_BE_REPLACED

An unusual organisation brings Jews and Muslims together to fight hate and promote dialogue. In the small central German city of Marburg they have been jointly calling for an end ... END_OF_DOCUMENT_TOKEN_TO_BE_REPLACED
Author:
Sarah Judith Hofmann
Date:
Mail:
Send via mail

END_OF_DOCUMENT_TOKEN_TO_BE_REPLACED
Social media
and networks
Subscribe to our
newsletter