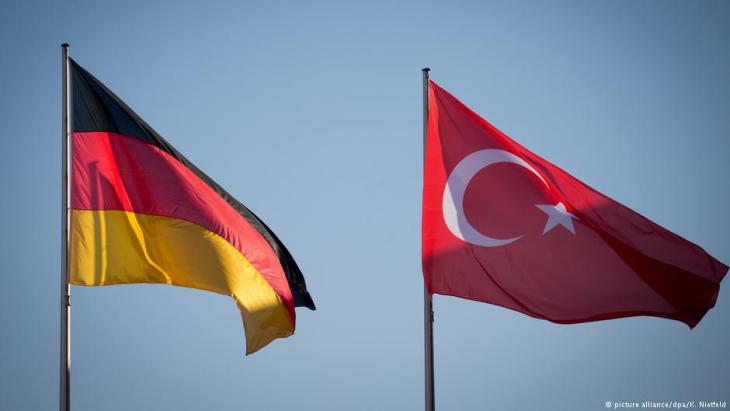 Fraying at the edges

The authoritarian course taken by the Turkish government is adversely affecting relations with Germany: the more the values in the two countries drift apart, the weaker the basis for a reliable and stable partnership. By Gulistan Gurbey

The harsh tone adopted by President Erdogan and his AKP government toward Germany and the West (EU, USA) is at heart nothing new. On the contrary: an aggressive verbal frontal assault against the "West" and Germany was launched quite some time ago. An image of the West as the enemy has been built up with the help of the pro-regime media: Germany and the West are said to be "supporters of terrorism", determined to destroy Turkey's national and territorial unity and to weaken the country again just as it is feeling its strength. This Turkish narrative aims at demonstrating power both at home and abroad while increasing domestic support.

Even before the current dispute over Turkish politicians campaigning in Germany for the upcoming elections, the leadership in Ankara had already overstepped a boundary in bilateral dealings in a way that is scarcely acceptable. Germany and the EU have nevertheless reacted cautiously thus far, wary of jeopardising the refugee agreement with Turkey.

The current escalation gives the Turkish side the chance to launch further verbal provocations in order to mobilise the support of the people for the upcoming popular referendum to introduce an autocratic presidential system, while also gaining the support of the German-Turkish community in Germany (and other EU states).

The majority of the German-Turkish community voted for the AKP in the Turkish parliamentary elections in June and November 2015, demonstrating the popularity of President Erdogan and his party.

The rhetorical actionism now being demonstrated by President Erdogan and his AKP government is based on the aggressive propagation of a nationalistic Islamic ideology. And it is supported by a large part of the German-Turkish community, because it promises strength, hegemonic leadership and security.

The pressure on the German government has increased in two respects. For one thing, Germany must react to the aggressive Turkish course and at the same time be careful not to endanger the co-operation with Turkey in the refugee crisis. With federal elections coming up in Germany, the refugee agreement with Turkey is a highly charged campaign issue. The current government will therefore do everything it can to make sure that the agreement stays in place. 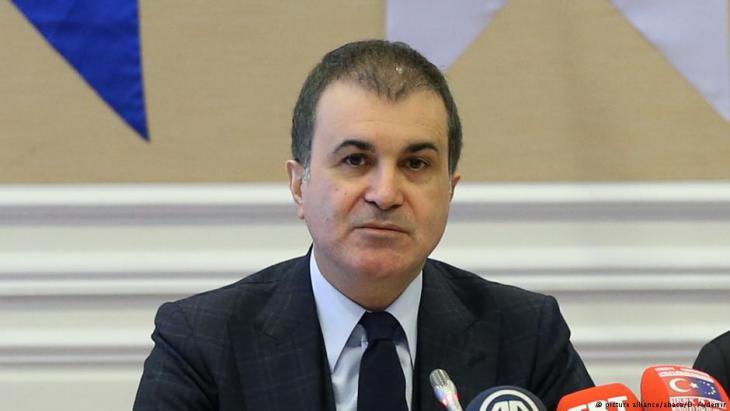 Threatening Brussels: as an result of the current tension between numerous EU countries and Turkey, Turkey′s Europe Minister Omer Celik has threatened to partially suspend the refugee agreement with the EU. The government in Ankara is to ″review″ its sealing of the land route in the direction of Greece and Bulgaria. Celik reiterated that the sea route across the Aegean would remain closed because the crossing is too dangerous for the refugees

Secondly, the German government must also act in accordance with the demands coming from the critically inclined German public and take a firm and unambiguous stance towards Turkey.

Campaign appearances by members of the Turkish government in Germany are of course nothing new. They have also taken place in the past, most recently during the elections for the Turkish parliament in 2015. Although the German public as a rule has taken a critical view of campaign stumping by foreigners in Germany, a dispute like the current one is something new. The question is therefore: what are the main causes behind the current escalation?

The fact is that German-Turkish relations have for a long time been on an escalating course. A key role is played by increasingly divergent values in the two countries. This has to do with the understanding of democracy and democratic governance, which forms the basis for a reliable and stable partnership as well as being vital to the question of EU accession.

At the latest since the brutal crackdown on the anti-government Gezi Park protests in the summer of 2013, President Erdogan has noticeably stepped up the authoritarian, autocratic tone of his regime.

A state monopoly on power

The Turkish president is essentially out to monopolise state power. This is to be done at the expense of the democratic political foundations that are indispensable to any constitutional state: above all freedom of speech and thought, freedom of the press, an independent judiciary and the protection of minorities.

The current regime has been waging a war against the PKK and trying to repress the political power of the Kurds and the HDP, which is successfully running numerous district administrations. The failed military coup of July 2016 dramatically accelerated these developments – and paved the way for the upcoming referendum on the introduction of the presidential system on 16 April 2017. 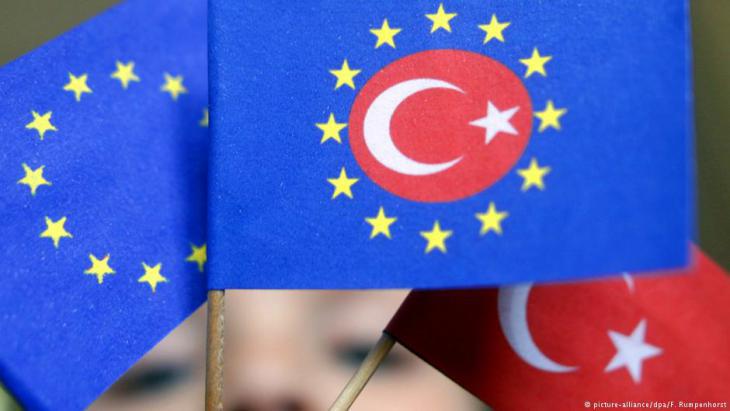 ″Although the EU accession candidate is moving further and further away from the Copenhagen criteria, Germany and the EU have only looked on impassively and have failed to respond clearly and resolutely to the erosion of democracy in Turkey," complains Gulistan Gurbey, visiting lecturer at the Otto Suhr Institute of Political Science at the Free University Berlin

The regional political ambitions of Turkey under Erdogan are another factor that has increased the uncertainties in the country's foreign relations. It has not always been possible to reconcile these overweening aspirations to exercise power in the region with Turkey's partnership with Germany. And thus the differences in various policy fields have widened. The course it has taken in foreign and regional policy has inevitably brought Turkey into conflict with its allies and set off an alienation process. This was evident particularly in the wake of the Arab Spring and now with respect to the war in Syria.

Although the EU accession candidate is moving further and further away from the Copenhagen criteria, Germany and the EU have only looked on impassively and have failed to respond clearly and resolutely to the erosion of democracy in Turkey.

This is because from their point of view Turkey's strategic importance takes precedence over promoting an EU-compatible Turkey. The EU and Germany have thus adopted a strategy that emphasises security and co-operation more than democratic development and have turned a blind eye to what is happening in Turkey. But without a politically stable Turkey underpinned by a strong democracy, this co-operation is becoming increasingly fragile.

Bilateral relations thus remain precarious: the co-operation has been called into question, because the crisis on the level of values undermines the very foundations for a reliable and stable partnership. As long as this crisis is not resolved at its core, the unpredictable state of the relationship will persist.

Decisive action rather than bans

A general ban on campaign appearances by members of the Turkish government would, however, serve neither to defuse the crisis on the value level, nor to prevent a majority of German Turks from supporting President Erdogan and the AKP.

There is no question that the influence of Turkish politics in this country has noticeably increased since Erdogan and his AKP took office. Actively holding sway over Turks living on foreign soil is after all an integral part of the hegemonic Turkish foreign policy. And Germany is affected more strongly due to its many Turkish immigrants.

Germany has so far been unable to prevent or reduce the influence of Turkish politics for fear of losing its Turkish partner. The incidents of spying by DITIB, which German recognises as a dialogue partner, thus demonstrate not only the scale of Turkish domination, but also the evident impotence of German politics.

This is why it is now urgent for Germany to cast aside the role of passive spectator and take decisive action. The fundamental right to freedom of speech is indivisible. Protecting this right must be the first priority. How and within what boundaries the Turkish government representatives are able and permitted to exercise this right in this country should therefore be clearly and effectively communicated and enforced by the German side.

Gulistan Gurbey is a visiting lecturer at the Otto Suhr Institute of Political Science at the Free University Berlin.

No other Western poet was arguably so well-versed in the Koran or so fascinated by Islam as Germany's national hero, Goethe. In a new publication that examines all Goethe's ... END_OF_DOCUMENT_TOKEN_TO_BE_REPLACED

A deluge of books, movies, series and cover stories: ever since the events of 9/11, the West has seemed almost manically preoccupied with Islam. Yet this has rarely led to deeper ... END_OF_DOCUMENT_TOKEN_TO_BE_REPLACED

Twenty years after 9/11, the world is faced with the dual challenge of Islamophobia and anti-Westernism. Ahmet Kuru argues that Muslims in the West, well versed in both Western ... END_OF_DOCUMENT_TOKEN_TO_BE_REPLACED

Two decades after the attacks of 11 September 2001, the West faces the shattered debris of its failure – not only in Afghanistan, but also in Iraq, Syria, Libya and Yemen. What ... END_OF_DOCUMENT_TOKEN_TO_BE_REPLACED

Twenty years after 9/11, the United States is recalibrating its war policy. However, its assertions that the era of endless wars is over are a myth, writes Maha Hilal END_OF_DOCUMENT_TOKEN_TO_BE_REPLACED

Migrants are often maligned as being responsible for Europe's problems. Yet their integration is in Europe's interest. Michael Thaidigsmann believes that a long-term vision is ... END_OF_DOCUMENT_TOKEN_TO_BE_REPLACED
Author:
Gülistan Gürbey
Date:
Mail:
Send via mail

END_OF_DOCUMENT_TOKEN_TO_BE_REPLACED
Social media
and networks
Subscribe to our
newsletter