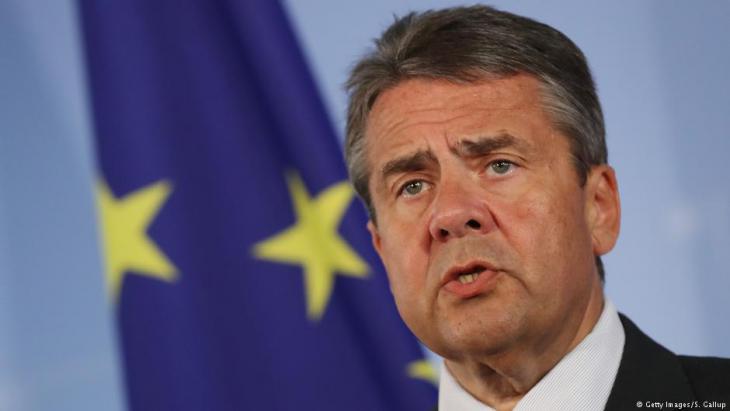 German-Turkish relations
Part of us

In reaction to the mounting German-Turkish political crisis, Germany′s Foreign Minister Sigmar Gabriel has written an open letter emphasising that the shift in relations with Ankara should not impact on German citizens with Turkish roots. Commentary by Alexander Goerlach

What will become of the German-Turkish relationship? Following the incarceration of both German journalist Denis Yucel and human rights activist Peter Steudtner, alongside many other journalists and a multitude of people from all walks of life, it is hard to see how things could be much worse.

Moreover, in a bid to create an ethnically monotonous society, the Turkish government has also reinvigorated the persecution of the country′s Christian minority, confiscating property owned by the church.

So how should Germany react? There has been much controversy in the Christian majority country about imams deployed from the Turkish motherland to preach in Germany: what message are these government-sponsored clergyman preaching to their flock in predominantly Christian surroundings? Is it one of conviviality or division?

Some of Germany's biggest industrial companies briefly appeared on a list forwarded by the Turkish government to Interpol, apparently for sponsoring terrorist activities in Turkey. Only after increased pressure from Berlin – such unfounded allegations might lead to a drop in German investment in Turkey, etc. – did Ankara withdraw the list.

These days labelling something as terrorism would seem justify all means to an end for the Erdogan regime. It should not be forgotten that they have yet to furnish any proof that the Gulen movement was behind last year′s military coup. Furthermore, Erdogan′s offensive against the Kurds – creating an enemy within the country′s borders – may also be regarded as scapegoating in a bid to secure victory in April′s referendum. In his eyes, those who oppose him, including the Kurds, are all terrorists. 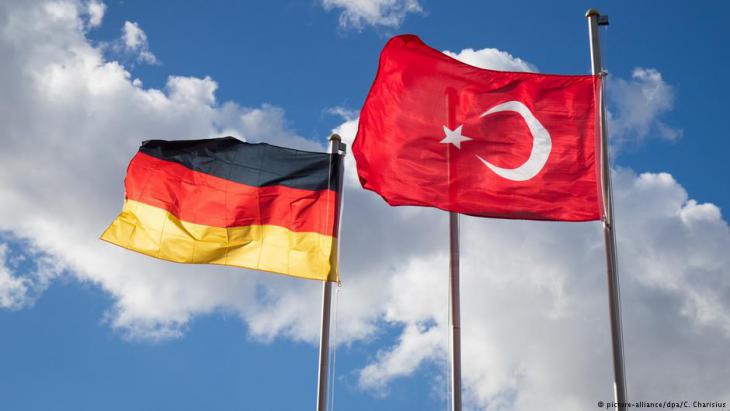 Relations at an all-time low: in view of the current crisis – most recently the arrest of human rights activist Peter Steudtner – Germany′s foreign minister, Sigmar Gabriel, recently announced a ′reorientation′ of its foreign policy towards Turkey. Having extended its warning to German citizens travelling to Turkey to include tourists, state guarantees for German companies looking to invest in Turkey are also looking uncertain

Caught in the middle

These are difficult time for Europe′s Turkish minorities. They enjoy the liberal societies of the West with all their freedoms – freedom of the press, freedom of speech, freedom of religion – while at the same time their family members in Turkey may be deprived of all these basic civil rights.

The rhetoric of the Turkish leader is now urging them to become an outpost of his interest in the Western world. Unsurprisingly, Erdogan subscribes firmly to the belief ′once a Turk, always a Turk′. Like all populist leaders, he does not believe in multiple identities. Yet many of those of Turkish origin in Germany are likely to feel Turkish, Muslim and German at the same time.

As Harvard professor Jocelyne Cesari points out in her work "Why the West fears Islam″, such multiple identities are quite common among immigrants of the third generation in Europe: it is possible to feel German and Turkish at the same time. Moreover being a Muslim does not mean you are against Christians.

To be frank, however, Germans too have had their problems coming to terms with the idea  of multiple identity. People born and raised in Germany in the third generation can still find themselves being asked where they "are really from". Germany is currently at a crossroads: it needs to accept that people have several loyalties and their families roots in many different parts of the world. 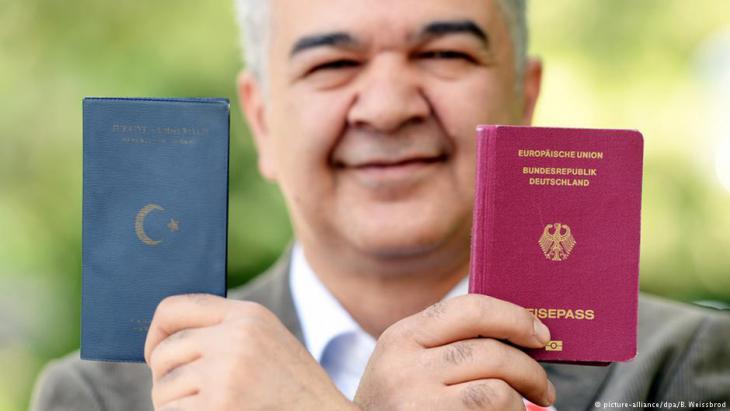 German-Turks responded positively to Gabriel′s open letter: "We hope this crisis brings us closer together," said Gokay Sofuoglu, national chairman of the Turkish community in Germany, who welcomed the "conciliatory tone" struck by the foreign minister in his letter. Gabriel stated clearly in his letter: "No matter how difficult the current political situation between Germany and Turkey, one thing is clear: you, the German-Turkish community here in Germany belong to us – with or without a German passport"

Foreign Minister Sigmar Gabriel was therefore right to address Germany′s Turkish-German community, emphasising that the current issues and confrontations are solely to do with the Erdogan regime and not with the Turkish people. It should be remembered that half of Turkey′s population did not vote for Erdogan or the change in the constitution that has put paid to the proud democracy established by Ataturk and paved the way for autocracy.

Some Germans may have been astonished by the minister's move. In this twenty-first century world, however, it is right to acknowledge that the identity – correction, identities – of a group like the Turkish-Germans may well become the rule rather than the exception.

Alexander Goerlach has conducted research in the field of politics and religion at both the University of Harvard's Center for European Studies and the Divinity School. Holding PhDs in linguistics and in comparative religion, he is a senior fellow to the Carnegie Council for Ethics in International Affairs and an op-ed contributor to the New York Times. Alexander Goerlach is also founder of the media-initiative www.saveliberaldemocracy.com

Home
Print
Newsletter
More on this topic
Germany takes aim at Turkish tourism as rights row escalatesGermany′s integration debate revisited: Piling on the pressureTurkey one year after the attempted coup: In a mental state of emergency
Related Topics
European Union (EU), Free speech and censorship, Human rights, Integration in Germany, Islam and the West, Media in Turkey, Recep Tayyip Erdogan, Turkey and the EU
All Topics

Giessen, Eichsfeld, Kusel, Berlin – cars bearing old German number plates are the latest trend on the streets of Cairo. Many Egyptians regard the discarded plates as chic. What ... END_OF_DOCUMENT_TOKEN_TO_BE_REPLACED

Tunisia has been going through a severe economic and political crisis in recent years. More than one in three young people there are unemployed. For many skilled, qualified and ... END_OF_DOCUMENT_TOKEN_TO_BE_REPLACED

German imams have publicly expressed their solidarity with the women of Afghanistan. In a letter of protest, the clerics say that the Taliban regime's decree barring women from ... END_OF_DOCUMENT_TOKEN_TO_BE_REPLACED

At the end of every year, the team at Qantara.de gives you a run-down of the ten most-read articles on the site over the past 12 months. Here is a quick overview of the stories ... END_OF_DOCUMENT_TOKEN_TO_BE_REPLACED

Social engagement is often motivated by religious factors. A new book explores the background to these community efforts and appraises how effective they are in helping to ... END_OF_DOCUMENT_TOKEN_TO_BE_REPLACED

The government in the Netherlands, one of the last European nations to abolish slavery, has made an historic apology. But some feel that there is still a long way to go. By Ella ... END_OF_DOCUMENT_TOKEN_TO_BE_REPLACED
Author:
Alexander Görlach
Date:
Mail:
Send via mail

END_OF_DOCUMENT_TOKEN_TO_BE_REPLACED
Social media
and networks
Subscribe to our
newsletter