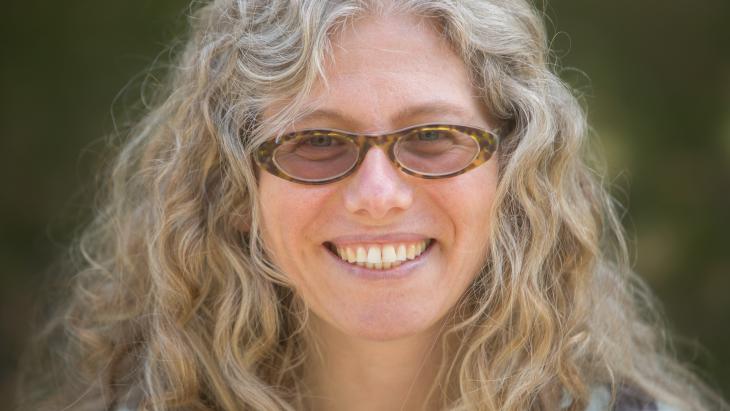 Many people these days are asking whether Islam and Muslims belong to Germany. In her recent book "Being German, Becoming Muslim", the Turkish anthropologist Esra Ozyurek provides an answer. Her results are more than clear. Interview by Emran Feroz

There has been a marked increase in people migrating to Germany from Muslim-majority countries in recent years. Since the events of last New Year's Eve in Cologne, prejudice towards them has also been on the rise, coupled with a surge in Islamophobia. There is a widespread view that Islamic attitudes are not compatible with so-called Western values. Why is this fear so dominant? Hasn′t Islam been a part of Germany for ages?

Esra Ozyurek: Here we seen the fear of the unknown overlaid with racist tendencies. Islamophobia is one aspect of the fear and hatred of what is other. When it comes to the fear of refugees, for instance, I believe Islamophobia is only part of the package. These newcomers are feared and hated simply because they are different. They are vulnerable and they have nowhere else to go.

Muslims have been part of Germany for ages, living peacefully, contributing to German society and the economy. I find it remarkable how, time and again, Islam is depicted as a very recent arrival in Germany, which has caught people by surprise. No dictionary definition exists, either for Islamic values or Western ones. Both are vaguely defined sets of values, which have been seen to mean different things at different times.

As in many other European countries, Islam is one of the religions that is seeing the most growth in Germany. This has been going on for many years and not just through immigration, but by conversion too. Why then do so many Germans still consider Islam alien and threatening?

Ozyurek: I see conversions to Islam as a result of healthy integration and co-existence. As Muslims become better integrated into society, they have more meaningful relations with non-Muslims. Some of these relations lead to conversions. Similarly a larger number of Muslims embrace more secular ways of living. Until the recent refugee conversions, Muslim conversions to Christianity were smaller in number. But there are many more Muslims who have embraced lifestyles where religion plays no role. Germans have been converting to Islam for more than one hundred years. It is only recently that converts to Islam have been seen as a threat. It has to do with how Islam and Muslims are perceived. 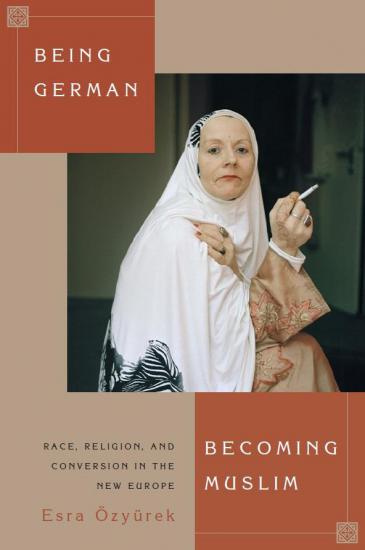 A vexed question: "Down the years, German Muslims have consistently revisited the concept of an authentic German Muslim identity. The imagined constellation has changed over time. There are so many different ways in which what is considered Muslim is also German. The two are in a constant state of intersection and transformation – rather like a kaleidoscope," says Ozyurek

Despite Islam′s negative image, especially in the media, many Germans do embrace the religion. They often adopt Islamic names, change their lives completely and allow Islam to become part of their identity. What is it, do you think, that attracts them to Islam?

Ozyurek: What I found in my studies – and what I have seen repeatedly in the work of others' – is that almost all conversions to Islam are initiated by a deep and meaningful relationship with a Muslim. This person may be a neighbour, a school friend, a colleague or a partner. What I found really interesting is that the Muslim who is the source of inspiration is not always religious. Most initial encounters take place in non-Islamic places, such as night clubs, bars, student accommodation, but also more neutral places such as schools and workplaces.

Some peoples′ hearts open up to Islam through this interaction. When I asked them what they found attractive about Islam, all I got was a post-conversion narrative. And these narratives have their specific characteristics. People learn how to present these narratives.

They would tell me diverse reasons for their conversion. Some talked about being religious as a Christian but found that it wasn′t embracing enough. For others, Islam was the first religion they had a real encounter with. Yet all religions have the power to touch people's hearts and give them meaning. I concluded that it isn′t really possible to understand why anyone converts to a particular religion. It is just like trying to explain why we fall in love with one person and not with another. We can try to give an explanation, but each attempt would be just as meaningful or meaningless as the next. Indeed, I have also interviewed converts to Judaism – the reasons they gave were really quite similar.

At the moment, we are seeing the rise of right-winged political movements all over Europe. In Germany, the right-wing populist Alternative for Germany, like many other conservative politicians, is repeatedly arguing that Islam cannot be considered as a part of Germany. Besides, adherents to the movement also claim that you cannot be German and a Muslim. What does "German identity" mean these days?

Ozyurek: I guess there′s only one thing we can tell them: it is too late! Islam is an important part of German society, no matter what they want to think. As I have already mentioned, Muslim, German or Western identity – they are all so much more than a single fixed definition. They allow for a multitude of different lifestyles and ideologies and, what′s more, there are so many ways in which they can and do intersect. Down the years, German Muslims have consistently revisited the concept of an authentic German Muslim identity. The imagined constellation has changed over time. During the 1920s, German Muslims saw themselves as being closely related to the German Enlightenment. In the 1930s, with the emergence of National Socialism, they emphasised how important cleanliness was both ideologies. Later in the 1960s and 70s, Sufism seemed to tally with the era′s emphasis on youth culture. There are so many different ways in which what is considered Muslim is also German. The two are in a constant state of intersection and transformation – rather like a kaleidoscope.

Ozyurek: I would not want to give the impression that tens of thousands of East Germans converted to Islam. I have a strong sense that there are more converts in West Germany. But, for the East Germans who converted to Islam soon after the fall of the Berlin Wall, Islam did give them a new identity that helped them move away from being "Ossies". Interestingly, today there are a good number of Sufi lodges in eastern Germany. But they display a different dynamic to that of the established Sunni communities. They live isolated lives away from the stigmatised Sunni Muslims.

For a couple of years now, hardcore Salafists such as Pierre Vogel, among others, have become the face of German conversion. Some of them are well-known for their extremist views which one finds throughout social media. At the same time, we see many young Muslims cheering for them. Why is this happening and why does the media only focus on this type of convert?

Ozyurek: Most likely because most converts are introverts who are occupied with their own spiritual growth. I have met hundreds of converts and there′s nothing sensational about them. They spend most of their time with themselves, with reading, learning and reflecting. A handful of others like Pierre Vogel are attractive for many reasons. Firstly, a great part of the Islamic scene in Germany is still in Turkish or Arabic.Young Muslims growing up in Germany don′t feel any connection with imams who are sent from Turkey. Many find these communities old, divorced from their issues and too strict about rules without explaining why. Pierre Vogel talks German, he has a good grasp of German youth culture and he is always on the Internet. The Salafist movement he represents is of course exclusive in many regards, but it is surprisingly open to Muslims coming from all social backgrounds. It is non-hierarchical, accepting of people who embrace their basic principles and presents a very clear world view.

How will Muslims, be they migrants or converts, continue to transform German society in the years to come?

Ozyurek: The post-World War II Germany that exists today has been heavily shaped by Muslims. Muslims rebuilt the war-torn country and today they are an indispensable part of the urban culture, in particular. Many aspects of youth culture in Germany – fashion, food, music and many others – have been heavily shaped by those Muslims who arrived in Germany from the 1960s onwards. It is impossible to imagine major German cities without practising and non-practising Muslims. The Muslim communities will continue to be subject to multiple influences, global and local, as will German society. At this point I do not expect a dramatic change. Despite what the right-wing politicians say, the presence of Muslims in Germany has already achieved a more or less happy equilibrium. Germany is already part Muslim, Muslims are already German.

Since returning to power in Afghanistan, the Taliban have steadily eroded the rights and opportunities of women and girls, particularly their access to education. But Afghans are ... END_OF_DOCUMENT_TOKEN_TO_BE_REPLACED

The book "The Invention of the Maghreb: between Africa and the Middle East" prompts us to review basic terminology. This includes terms that we use almost every day as if they are ... END_OF_DOCUMENT_TOKEN_TO_BE_REPLACED

Tunisia has been going through a severe economic and political crisis in recent years. More than one in three young people there are unemployed. For many skilled, qualified and ... END_OF_DOCUMENT_TOKEN_TO_BE_REPLACED

At the end of every year, the team at Qantara.de gives you a run-down of the ten most-read articles on the site over the past 12 months. Here is a quick overview of the stories ... END_OF_DOCUMENT_TOKEN_TO_BE_REPLACED

The government in the Netherlands, one of the last European nations to abolish slavery, has made an historic apology. But some feel that there is still a long way to go. By Ella ... END_OF_DOCUMENT_TOKEN_TO_BE_REPLACED

To celebrate the bicentenary of the deciphering of the Rosetta Stone, the British Museum is running an exhibition entitled "Hieroglyphs: unlocking ancient Egypt" until February ... END_OF_DOCUMENT_TOKEN_TO_BE_REPLACED
Author:
Emran Feroz
Date:
Mail:
Send via mail

END_OF_DOCUMENT_TOKEN_TO_BE_REPLACED
Social media
and networks
Subscribe to our
newsletter