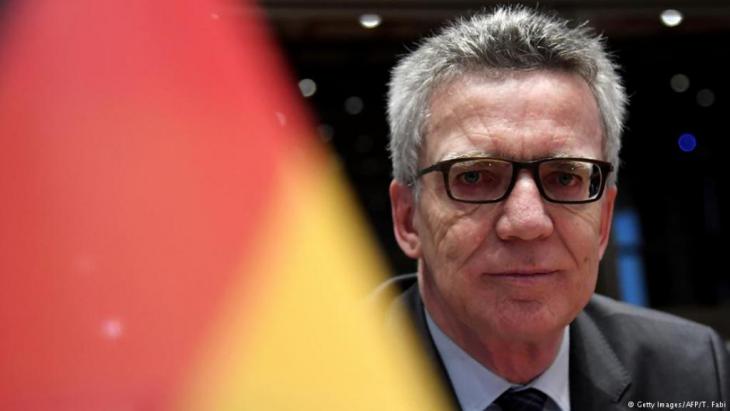 Germany and the semantics of exclusion
"We are not burka"

German Federal Minister of the Interior Thomas de Maiziere has doused a hotchpotch of both trivial and relevant concerns in the black, red and gold of the national flag and declared it to be the German "Leitkultur", meaning the country's core, dominant or leading culture. This is just plain silly. Commentary by Heribert Prantl

The Interior Minister should not be criticised for placing a high value on education and upholding the principle of achievement. Little can be said against his praise for NATO, either, which is after all part of his party's core agenda.

And if de Maiziere prefers it when people shake hands when they meet and say their names, this is surely not blameworthy. Everyone has their own political and personal preferences, which might even include banning face coverings at public demonstrations, as de Maiziere has.

We may in fact be surprised instead to note all that is missing from the minister's wish list. But what's really peculiar is how he has cast his ragbag of trivial and more important concerns in a black-red-gold hue like the German flag and declared it to be the country's "Leitkultur". This is so ridiculous that it makes the minister seem like a rampaging Rumpelstiltskin.

Even better the second time around

The term "Leitkultur" was first introduced into the debate seventeen years ago by Friedrich Merz, then leader of the Christian Democratic Party faction. It was just like a little boy with a bread bag: as soon as it's empty, he blows it up and delights in the loud pop it makes as he smashes it – and everyone jumps a little. Conservative circles were happy at the time that the CDU was finally making a splash again and even Angela Merkel dignified the fireworks by making her own confession, to the sound of the marching music of the Christian Democrats: the dominant culture should be enshrined in the party's agenda, because " others get so wonderfully upset about it".

Thus the idea of a core German culture became part of the CDU agenda. Every time the party tried to fill the concept with some substance, however, the attempt was just as embarrassing as the present one by de Maiziere. This did not however prevent the Christian Democrats from savouring it just like Widow Bolte did her sauerkraut in Wilhelm Busch's famous story of the boyish pranks of Max & Moritz: "it tasted even better the second time around".

That may sound rather whimsical, but it's not really funny. "Leitkultur" is namely not a concept conducive to integration but rather a polarising term, a fighting word that splits people into two camps, a word conveying arrogance and hubris; it is a term that is greeted on the far right with loud rejoicing.

It is therefore no coincidence that de Maiziere puts right at the top of his ten commandments the sentence "We are not burka". Hardly anyone would deny this, but the subtext unfortunately suggests a whole chain of associations and exclusion semantics that are connected with the signal word "Leitkultur". 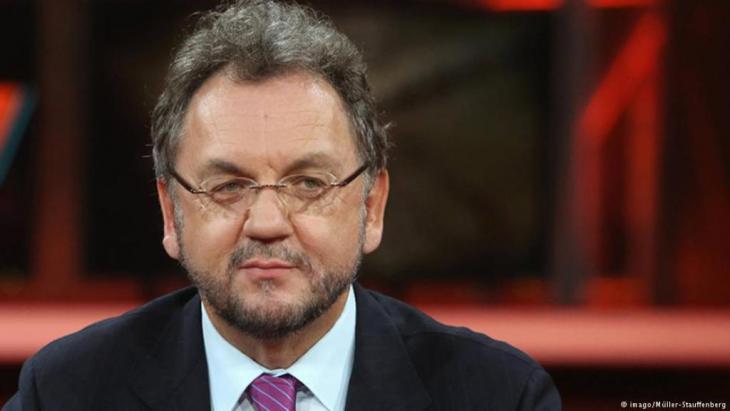 Stinging criticism of De Maiziere′s dominant German culture: "Leitkultur" is not a concept conducive to integration but rather a polarising term, a fighting word that splits people into two camps, a word conveying arrogance and hubris; it is a term that is greeted on the far right with loud rejoicing," writes Heribert Prantl

A culture of co-existence rather than dominance

Instead of propagating a dominant culture in this country, we have to start establishing a culture of coexistence. It's called democracy, the rule of law and fundamental rights. But when instead the "Leitkultur" is hung atop the maypole like Gessler's hat in the story of William Tell – and every immigrant is expected to pay tribute to it – this is harmful to society. The purpose of the exercise is to prevent the right-wing populist AfD (Alternative for Germany) Party from gaining the upper hand; but the end does not justify the means.

De Maiziere was attempting to distract attention from the issues of the day, from 1 May, from the stabilisation of collective work agreements, higher wages, the strengthening of the statutory pension.

Yet seemingly, the minister in charge of domestic security has no sense of how important social policy is for domestic security; in his "Leitkultur" catalogue, social affairs are mentioned only in passing, under the point "Achievement". If the social market economy is deemed worthy of only a marginal note, the minister certainly has a strange idea of the German Republic.

The minister must have felt a twinge of uneasiness about the core culture practised in his own department, however, because he set up a commission at the Federal Office for Migration and Refugees to "thoroughly" investigate how it could happen that a radical rightist lieutenant who speaks no Arabic could pass as a Syrian refugee. It's not just a mistake made by a few employees that a German could slip through the door as a Syrian. It is a failure on the part of the minister himself, who had instituted ineffectual procedures. He believed he could get new recruits with absolutely no experience of handling asylum seekers to push hundreds of thousands of applicants through the bureaucratic meat-grinder.

The result has been a series of hair-raising decisions. Things could have been handled differently: the minister could have had refugees able to submit a valid passport taken out of the asylum process and directly assisted with obtaining a residence permit. A total of 401 immigration authorities could have efficiently dealt with this process instead of one over-extended federal agency. That would have served the requirements of domestic security and the federal agency would not have made such a grave error. De Maiziere himself triggered it, because he lacked the imagination to establish a humane and pragmatic core culture at his own agency.

Professor Heribert Prantl is journalist and head of the Suddeutsche′s home affairs desk. Prior to entering journalism, the qualified lawyer worked as both counsel and judge.

Home
Print
Newsletter
More on this topic
Germany′s integration debate revisited: Piling on the pressureThe refugee debate: What makes us German?Europe, Germany and ″Abendland″ angst: In the name of Christendom
Related Topics
Integration in Germany, Islam in Germany, Migration in Germany, Multiculturalism, Right-wing populism, Rule of law
All Topics

Algeria‘s regime is again cracking down on anti-fracking activists and the unemployed in the country‘s south. Yet EU countries remain keen to scale up their energy cooperation ... END_OF_DOCUMENT_TOKEN_TO_BE_REPLACED

Bachtyar Ali sends the hero of his latest novel – "Mein Onkel den der Wind mitnahm" – literally flying. Jamshid is so thin after his years as a political prisoner that a gust of ... END_OF_DOCUMENT_TOKEN_TO_BE_REPLACED

For a century, the Kurds and other minorities in Turkey have been subject to state repression. With his dissertation "The Kurdish Question in Turkey", political analyst Ismail ... END_OF_DOCUMENT_TOKEN_TO_BE_REPLACED

Anti-Semitic motifs have no place at Germany’s documenta art show or anywhere else in the world, stresses Meron Mendel, director of the Anne Frank Educational Centre in Frankfurt ... END_OF_DOCUMENT_TOKEN_TO_BE_REPLACED

A new exhibition, "Syria – Against Forgetting", at Cologne’s Rautenstrauch-Joest-Museum focuses on Syria's artistic and cultural heritage and pays tribute to the country before ... END_OF_DOCUMENT_TOKEN_TO_BE_REPLACED
Author:
Heribert Prantl
Date:
Mail:
Send via mail

END_OF_DOCUMENT_TOKEN_TO_BE_REPLACED
Social media
and networks
Subscribe to our
newsletter