Germany's debates on Islam are becoming ever more caustic and confusing. Islamic Studies expert Stefan Weidner explains the background to the debates, to help neutral observers to find their way around 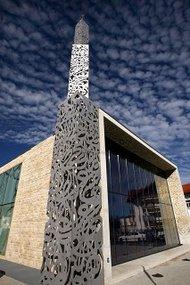 ​​Sometimes it helps to think back. For example to 1983. The frontlines of West German opinion had been entrenched for decades. How to deal with Socialist countries, how abominable Communism was – these were non-negotiable matters of faith. Disassociation seemed more important than conciliation, nuances were easily overheard.

The discussions on German opinion pages and internet forums over the past few weeks are fatally reminiscent of this situation. The subject of the new op-ed cold war is Islam. And now the troops are settling in: the time for finding the truth and preparing arguments appears to be over, the time has come to dig the trenches for the coming media warfare.

The Swiss referendum banning new minarets and the attempted assassination of the artist of the Mohammed caricatures have fanned the flames of the debate smouldering since 9/11. On one side are those who openly regard Islam as an enemy and a fundamental threat. On the other side not so much the Muslims themselves but their native German advocates.

Islam critics such as Henryk Broder accuse the latter of nothing less than censorship, cringing servility and betrayal of the ideals of the Enlightenment and Western civilisation. The defenders of Islam parry by denouncing the Islam critics for racist or religious prejudice and overly simplified arguments. A prime example is the journalist Claudius Seidl, who attacked Broder in the Frankfurter Sonntagszeitung newspaper.

And the Muslims themselves? They too are in two camps. Across from the large majority of practising or lapsed Muslims is a small but very active group of secularised (ex) Muslims unreservedly devoted to the ideals of the West, who regard it as their mission to warn the German-speaking world against Islam. Their most prominent current exponent is probably Necla Kelek.

Their statements are in popular demand and their life stories appear to vouch for the authenticity of their judgement. When a German says Islam is a bad thing, the suspicion of prejudice is close at hand. A Muslim warning against Islam appears far more credible. But these warnings should also be taken with caution – even those who have renounced Islam with much ceremony are ultimately pleading their own cause: that of renunciation.

The role of secularised Muslims

"High risk of malicious interpretations": Islam is currently subject to criticism from all kinds of fronts, including by Muslims, writes Weidner

​​These secularised Muslims have come under critical fire in recent months. Ultimately, claimed the psychologist Birgit Rommelspacher in Berlin's TAZ newspaper, they use just as sweeping arguments as the prejudice-laden European Islam critics and are just as much advocates of Western cultural hegemony as their European colleagues. They blame Islam for problems related less to religion than to certain social milieus or local traditions, she went on.

The (ex) Muslim objects of Rommelspacher's criticism in turn took this as an affront, an attempt at censorship and a subtle form of racism.

The debate is confusing, with any observers seeking objectivity no doubt struggling to find a position with which to identify. And yet the question of what, in truth, Islam is (if in fact we can ever define it as such) has not even been touched upon. With good reason – the debate is not primarily about Islam as such. What it actually revolves around is the type of society in which we want to live. This is all about Germany and Europe.

The public debate over Islam is ultimately, one suspects, fuelled by fear of no longer being able to influence the transformation processes within the country to an adequate extent. However, it is also clear that Islam itself is equally a victim of global transformation processes. The rise of fundamentalism, as so often in such cases, is a reaction to this circumstance, with the hardly edifying picture that Islam presents today its lamentable result.

There is no need to justify critique of many forms of Islam; that right goes without saying. In actual fact, Islam is currently subject to criticism from all kinds of fronts, including by Muslims, including in the Islamic world. Criticism of Islam – rather than addressing problems in our own political and economic sector, for example – is the cheapest form of criticism going begging on today's opinion market. Germany's non-Muslims attacking Islam are valiant little tailors straight out of the Brothers Grimm, but by no means champions of freedom of opinion.

The situation appears different when Muslims attack Islam, in other words exercising self-criticism, always a sign of courage. Yet in cases where this self-criticism is carried out not in Turkish for instance by Necla Kelek, but in the German media, the result is an ambiguity that fuels the debates even further. As the target audience consists of both Germans and Muslims (and German Muslims), there is a high risk of malicious interpretations.

Firmly convinced Muslims might well arrive at the view that these Muslim critics are not intent on the matter at hand but on a kind of revenge, reckoning or ingratiation towards the Germans.

When it comes to the non-Muslim audience, there are grounds to suspect abuse of the debate by those who already harbour anti-Islamic sentiments. This interpretation is all the more apt when the Muslims attacking Islam also appear to hold resentments against their faith. Psychologically, this is very understandable, as these individuals have often suffered under their cultural circumstances and thereby under Islam, similarly to the many Christians who have turned vehemently against Christianity.

It would be a mistake, however, to attempt a psychological analysis of Muslim Islam critics' motives. What drives them is not important, nor is the issue of whom they speak to in what language, as wise as it is to gain an insight into the overall context. To say it in the spirit of the Enlightenment to which so many commentators are currently referring: What matters is the clarity, objectivity and discernment of the arguments. When these criteria are met, the power of the thought itself will outshine all other considerations.

Lack of dissociation from extremists

And this is precisely what it lacking on both sides of the current debates. Instead of clarity we find grand rhetoric, instead of objectivity wild polemics, instead of discernment hair-raising sweeping judgements. The discussions are, in a word, mediocre. We learn nothing from them, yet they compel us to blindly back one or other of the parties.

The even more problematic aspect is this: Neither side disassociates itself sufficiently from its extreme fringes. The Islam critics have not yet learned to distance themselves from a very much existent anti-Islamic resentment with alarming parallels to classic anti-Semitism.

Their opponents, on the other hand, must take a much clearer stand against the equally existing reactionary tendencies among Muslims. Only then is there a chance for the trench warfare to give way to dialogue again. Capitalism, and we along with it, may have won the Cold War – but neither side will come out on top in this new cold war, for the simple reason that Muslims, whether we like it or not, are now part of us.

END_OF_DOCUMENT_TOKEN_TO_BE_REPLACED
Social media
and networks
Subscribe to our
newsletter