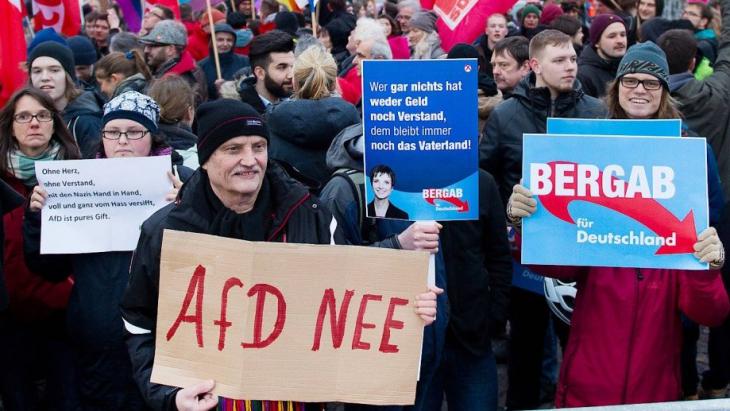 Facing down the AfD: We shall not be moved!

There can be no alternative to a pluralist society – whether the AfD accepts it or not! Now is the time to stand up for democracy and resist the right-wingers and racists. Commentary by Canan Topcu

"When I brood on Germany in the night, no hope for sleep. I know I'll lie awake with my eyes wide open while tears scald my cheeks." (translated by Mark Rudman)

I read Heinrich Heine’s poem for the first time more than 35 years ago. Some day, I would quote these lines to describe how I'm feeling, I thought. Today, after a sleepless night, his lines came to me.

I couldn't sleep all night. My heart raced and I grappled with a nausea that first took hold when I heard Alexander Gauland speak. Shortly afterwards, I turned off the television and checked out Facebook to find out how people in my network of friends were reacting. I posted two sentences. In white lettering on a black background. "I feel sick. I'm scared!" Then I went into the kitchen to make myself a calming pot of tea.

Furious with those ′concerned citizens′

I was tormented by questions throughout the night: what will happen once the AfD enters the Bundestag? What will the right-wing extremists who take up their seats there, safe in the knowledge they were elected by fellow citizens, do to this country? It is difficult for me to write "our" country. And not just because Gauland & co. believe that people like me – people whose family are not originally from Germany – don't belong here. I am deeply shocked that so many people had no problem voting AfD, despite the oh-so-revealing gaffes by its party functionaries in the run-up to the election.

As the day progressed, my fear was followed by anger – anger above all at those who voted for a Nazi party to assuage their concerns. 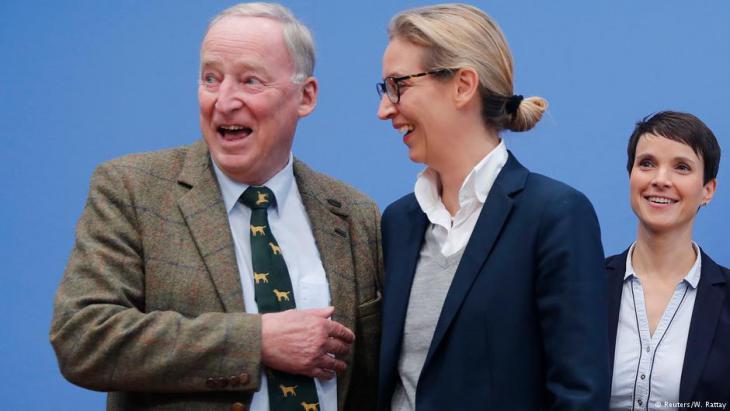 Political turning point? Right-wing triumph in post-war Germany: for the first time since the Second World War a right-wing party has won seats in the Bundestag. Led by Alice Weidel and Alexander Gauland, the AfD increased its share of the vote in this year′s general election from 4.7 percent to 13 percent

Sorry, concerned citizens!  You say you are furious with the Chancellor and the politics of the grand coalition. Well, I am furious with you! To give your vote to a party that is openly racist and nationalistic, out of concern for your own future: that′s beyond my comprehension! There are limits to my empathy!

A renaissance of right-wing views

Some of my friends and acquaintances don't understand my anger. They keep trying to placate me by telling me things like the majority, 87 percent of the electorate to be precise, didn't vote for the AfD. Others explain the large share of the vote by saying that 60 percent of those who came out in support of the AfD were merely protesting against the mainstream parties.

Such information does nothing to comfort me. I am still thinking about some of the things uttered by members of the AfD before the election – for example Gauland's comments on the Commissioner for Integration Aydan Ozoguz, or his call for a reinterpretation of history, not to mention all the gaffes committed by other AfD functionaries, which were not only verbal faux pas, but expressions of their beliefs.

If, despite the openly racist mindset of this party, so many citizens have no problem voting for the AfD, then I and those like me have every reason to be angry and afraid. Because this mindset is not only present among anonymous voters, but also among the public prosecutors, police officers and many other civil servants who share the views of the AfD. They are now also represented by members of the Bundestag. 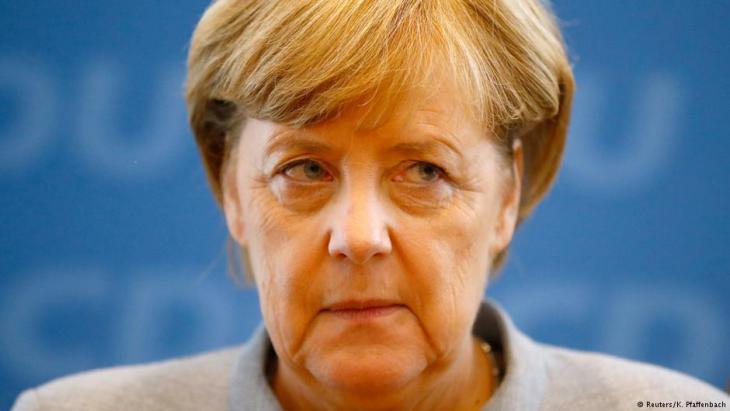 Resounding defeat or hollow victory for Chancellor Merkel: the mainstream parties CDU, CSU and SPD suffered severe losses during the general election. The right-wing party AfD became the third-strongest party with 12.6 percent, winning seats in the German parliament for the first time

It is frightening that these citizens feel so frustrated that they are willing to vote for a right-wing radical party, a party displaying evident racism and chauvinism. Frightening that these people are devoid of any common decency. To vote for right wing extremists out of concern for your own future – that's unacceptable!

Now, more than ever!

I do not want to descend into paranoia and every time I get on a bus or a train, when I'm standing at the bank counter or in the queue at the bakery, get caught up with the idea that I am surrounded by people who have no problem with racism! What the election result has brought to light: nationalists and neo-Nazis, racists and right-wing extremists are in parliament and their supporters are among us. People who have crossed the line and who were not prevented from doing so.

I am still gripped by a sense of despair. Fear was my initial response. That was followed by anger. But these are not emotions I will feel in the long-term. I am slowly recovering and sensing huge reserves of energy inside me. We – those of us with a so-called migrant background in particular – must not allow ourselves to be governed by fear. There is no alternative to a pluralist society – whether Gauland and his cronies want it or not! We are here and will continue to campaign for diversity and help ensure that the political stage is not left to the scaremongers. Now more than ever: this must remain the motto of democrats.

Among Muslims, the image of women as "cossetted hijab-wearing princesses" is frequently invoked. But Muslim women have long wanted to be more. In her essay, Karoline Roscher- ... END_OF_DOCUMENT_TOKEN_TO_BE_REPLACED

The USA and NATO plan to withdraw from Afghanistan by September. The operation is risky, the outcome uncertain. Many Afghans fear civil war. The quake on the Hindu Kush will also ... END_OF_DOCUMENT_TOKEN_TO_BE_REPLACED

Even in times of war and pandemic, refugees are still being deported to Afghanistan. Several deportation flights have taken place in recent weeks alone. Since those affected often ... END_OF_DOCUMENT_TOKEN_TO_BE_REPLACED

On 7 March, Switzerland became the latest European country to vote in favour of a so-called "burka" ban. It was yet another feather in the cap of the right-wing populist Swiss ... END_OF_DOCUMENT_TOKEN_TO_BE_REPLACED

German Middle East analyst Guido Steinberg and television journalist Ulrich Tilgner have both published new books on the conflicts in the Middle East. Their analyses and their ... END_OF_DOCUMENT_TOKEN_TO_BE_REPLACED

Comments for this article: Facing down the AfD: We shall not be moved!

END_OF_DOCUMENT_TOKEN_TO_BE_REPLACED
Social media
and networks
Subscribe to our
newsletter