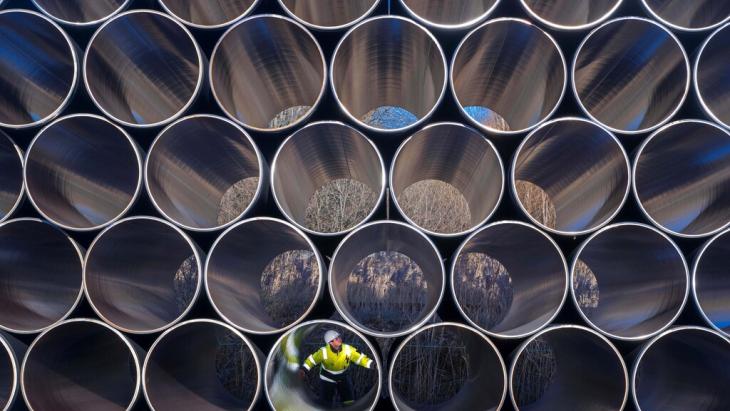 Foresight is needed to turn the tide of German policy. Being independent of Russia must not lead to dependence on authoritarian regimes in the Middle East. By Kristin Helberg

It is the dawn of a new era. Even if we still don't know exactly what that will bring, apart from 100 billion euros for the Bundeswehr, one thing seems clear: it will go hand-in-hand with a fundamental reassessment of Germany’s foreign and energy policy towards Russia. This is urgently needed, yet, at the same time there is also the risk of repeating rather than correcting past mistakes.

Such seismic shifts often lead to tunnel vision, to a problematically narrow view of our multi-faceted, interconnected and interdependent world. Cautioning against this does not mean that Germany should continue to shy away; on the contrary, it needs more courage, more leadership, more responsibility, but please let's not forget to be far-sighted.

The problem with Germany's current navel-gazing is that the country could end up being driven by an idee fixe instead of following parameters that it itself has set. This idee fixe, a new kind of foreign policy thought pattern, is based on two lessons learned from the war being waged in Ukraine, which are, it should be said, absolutely correct:

Firstly, Germany must be able to defend itself against Russia together with its allies; secondly, we need to become independent of Russian gas as quickly as possible, which makes the development of the renewable energies required by climate policy all the more urgent.

The other steps would seem to be obvious: more money for the German armed forces, more weapons for Ukraine, an upgrade of NATO, and energy partnerships with states that can supply Europe with CO₂-neutral hydrogen as soon as possible. However, such steps are likely to result in new dependencies, namely on states that are similarly autocratic to Putin's Russia. 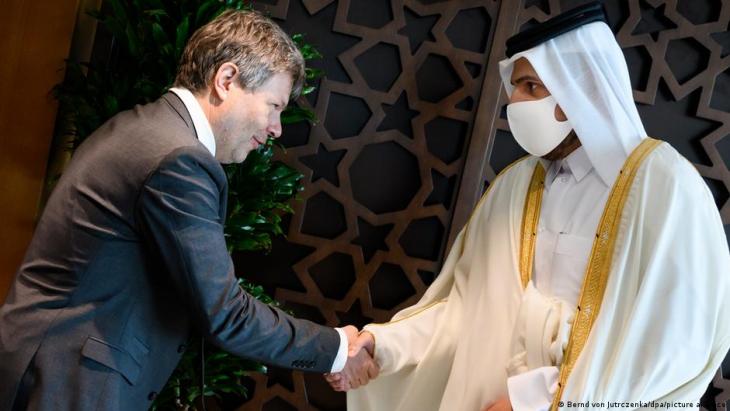 Wean off Russian gas asap: the development of renewables has become a matter of urgency for Germany. Establishing energy partnerships with states capable of supplying such renewables, however, is likely to produce new dependencies. With abundant sun, wind and land, countries in the Gulf and the Maghreb will soon be able to offer green hydrogen at extremely low prices – on Europe’s doorstep. Recognising they can only secure their power long-term by developing and expanding renewable energies, the United Arab Emirates, Saudi Arabia and Egypt are already building massive solar power plants and wind farms

Turkey, for example, not only represses opponents and critics at home, but has also occupied parts of northern Syria in violation of international law. However, because Europe and the U.S. need Turkey so urgently as a NATO partner, they have praised President Recep Tayyip Erdogan's constructive crisis management, boosting his self-confidence even further. Erdogan has ensured that his approval of Sweden's and Finland's NATO membership applications has come at a high price – with F16 fighter jets from the United States, a lifting of the arms embargo imposed by some EU states following Turkey's invasion of northern Syria in 2019, and an end to support for Kurdish dissidents.

Erdogan is already irreplaceable as a gatekeeper, keeping the refugees out of Europe. That's because rather than managing migration, the EU still prefers to batten down the hatches. Now the Turkish president is not only preventing refugees from continuing their onward journey, he is also preventing Russian warships from sailing through the Bosphorus.

And since Vladimir Putin announced that he is willing to work with Turkey to regulate the movement of goods in the Black Sea and possibly release grain exports stuck in Ukrainian ports, Erdogan has another trump card up his sleeve.

In exchange, Ankara is expecting a free hand in northern Syria, where Turkey's military interventions have already forced several hundred thousand people – mostly Kurds – to flee. The fourth invasion, designed to link Turkish-controlled areas along the border, is imminent. Erdogan then intends to send up to one million Syrian refugees back to this so-called security zone – a form of ethnic cleansing, expelling Kurds and settling Arabs.

Unfortunately, things don't look any better when it comes to energy partnerships. That's because the Gulf states and countries in North Africa have so much sun, wind and land that they will soon be able to offer green hydrogen at extremely low prices – not to mention close to Europe. Gigantic solar power plants and wind farms are already being built in the United Arab Emirates (UAE), Saudi Arabia and Egypt, because the regimes there have recognised that they can only secure their power in the long term by developing and expanding renewable energies. 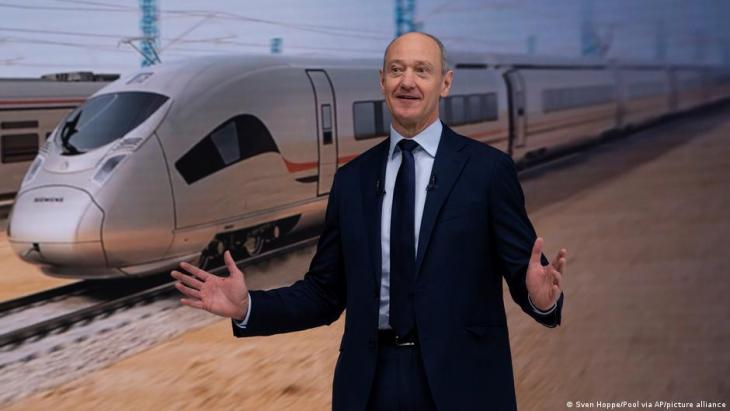 Biggest deal in the company's history: Roland Busch, CEO of Siemens AG, proudly announces a billion-dollar contract to expand the Egyptian railway network. But the idea that such economic cooperation would lead to an opening of authoritarian regimes has turned out to be an illusion. "Anyone who believes that Egypt's President al-Sisi is going to release human rights activists because Siemens is building a new railway with 2,000 kilometres of track for high-speed trains in the North African country has yet to understand that these despots will remain in the driver's seat as long as we make ourselves dependent on them," writes Krisitn Helberg. "Especially since they no longer need us as urgently as they used to, because they have already diversified their foreign relations"

Dazzled by so much photovoltaic capacity, even Germany's Minister of Economics and the Environment, Robert Habeck, who in March felt much more comfortable visiting a solar power plant in the UAE than buying liquefied petroleum gas in Qatar, is not immune to the idea. But both are problematic bearing in mind the values-based foreign policy his party colleague Annalena Baerbock is striving for. After all, in view of the human rights situation in the Middle East and North Africa, energy policy dependence on the rulers there is out of the question.

All of the Arab states currently being considered by the German government as energy transition partners trail in the international league tables when it comes to freedom of the press, freedom of expression, civil society and corruption. According to Reporters Without Borders, the Middle East and North Africa are the regions in the world where press freedoms are most under threat. In ten states the situation for journalists is classified as "very serious", including Egypt, Bahrain, Saudi Arabia, Oman and Kuwait.

Salman Rushdie's "Shalimar the Clown" is a furious tale about a lost paradise. In this interview with Lewis Gropp, Salman Rushdie talks about how the Indian army and militant ... END_OF_DOCUMENT_TOKEN_TO_BE_REPLACED

One year on from the Taliban's return to power in Afghanistan, some cracks are opening within their ranks over the crucial question of just how much reform their leaders can ... END_OF_DOCUMENT_TOKEN_TO_BE_REPLACED

"Flugt" is the world's first museum dedicated to the stories of those forced to flee. The new museum, which focuses on the fates of refugees then and now, is housed in a former ... END_OF_DOCUMENT_TOKEN_TO_BE_REPLACED

Rumi's poems, though generally stripped of their Islamic symbolism, are hugely popular around the world. Yet Islamic mysticism is still very much at the heart of these verses. ... END_OF_DOCUMENT_TOKEN_TO_BE_REPLACED

Very different Western reactions to the suffering in Ukraine and the Arab world show that there is a profound rift among cultures. Essay by Michael Young END_OF_DOCUMENT_TOKEN_TO_BE_REPLACED
Author:
Kristin Helberg
Date:
Mail:
Send via mail

END_OF_DOCUMENT_TOKEN_TO_BE_REPLACED
Social media
and networks
Subscribe to our
newsletter