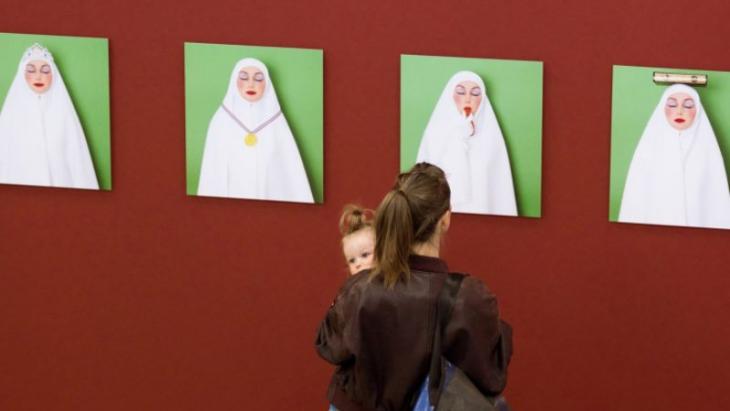 A black sequined dress against a dark background. Two expressive hands dancing. A western dance, an "Oriental" dance – whatever that is. The video-sound-collage of artist Anahita Razmi sets out to demonsrate that cultural forms of expression can be adapted. By Christopher Resch

Razmi's video is part of the exhibition "Forgotten Enlightenments – Unknown Stories about Islam in Contemporary Art" sponsored by the Goethe-Institut Cairo and currently on show at Leipzigʹs Baumwollspinnerei. To be more precise: in Hall 14, which has always aspired to push the envelope – its innovative art education programme aimed at introducing art to children and young people is just one example.

In the case of the current exhibition, the curators have leant a long way out of the window to Pakistan, Indonesia, and back in time to the Renaissance and the Middle Ages.

Those to whom the exhibition appeals will, of course, be drawn to the provocative concept of enlightenment. The customary linguistic norm in the populism-saturated commentary spaces of our time is that the Christian West has it and is therefore mentally and culturally superior to the Islamic East.

Curator duo Michael Arzt from Hall 14 and Elham Khattab from the Cairo art initiative "Out of the Circle" aim to counter this interpretation. "In a nutshell, the exhibition shows that the European Renaissance and Enlightenment would not have happened without Islam," says Michael Arzt, artistic director of Hall 14. And Elham Khattab adds: "Maybe Western textbooks neglect the fact, but we have a long history of science and innovation."

The extremely diverse influences of the work of Islamic scholars down the ages, which incidentally include a number of learned women like the astronomer Mariam al-Asturlabi from the 10th century, do not, however, form the core focus of the exhibition. It is more concerned with promoting a change in perspective among visitors. 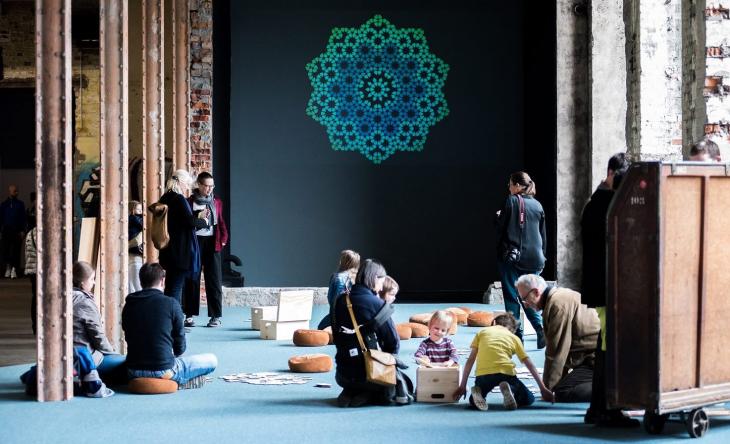 The extremely diverse influences of the work of Islamic scholars down the ages, which incidentally include a number of learned women like the astronomer Mariam al-Asturlabi from the 10th century, do not, however, form the core focus of the exhibition. It is more concerned with promoting a change in perspective among visitors

The works of Sukaina Joual, born in Morocco in 1990, for example, are extremely witty and provocative: the theme of meat runs through her work, in packaging, on slaughter knives, on neon signs. This seems obsessive – and at the same time highlights the West's own obsession with Islam. Only in the West do pub-goers discuss Muslim eating rules, only in the West do people talk about the typical "Halal" signs on restaurants – and even the doner kebab is a German invention.

The headscarf is also a symbol of our obsession with Islam, which is not always particularly knowledge-based. In the portrait photo series "We, they and I", the artist Feriel Bendjama presents this piece of fabric and – by extension – the Muslim woman from a variety of different perspectives.

Devout or smoking, sucking on a dummy, or with a moustache: Bendjama transforms the woman shown, herself by the way, into what she all too often is from a Western perspective – a projection of our own expectations and views.

Feriel Bendjama was born near Dresden in 1980, but grew up in Algeria. Manaf Halbouni was born in Syria and has lived in Dresden for over ten years. In the exhibition, he shows Arabic calligraphy, often praised as aesthetic, cast in brutal reinforced concrete that refers to the destruction of Syrian cities.

Halbouni is not one to shy away from confrontation: his installation "Monument", three upright buses in memory of the Syrian civil war, was interpreted by Pegidists and Identitarians as trivialising the Dresden victims during the Second World War and glorifying terrorism. Exactly the opposite is the case, replies Halbouni.

Dresden, Leipzig, Saxony: where place comes into play, an exhibition of contemporary art is bound to become political. The curator duo is of course aware of this. When Elham Khattab was working as director of the art initiative "Out of the Circle" at the Leipzig gallery for contemporary art a few years ago, she ran directly into a demonstration of LEGIDA, the local PEGIDA offshoot. 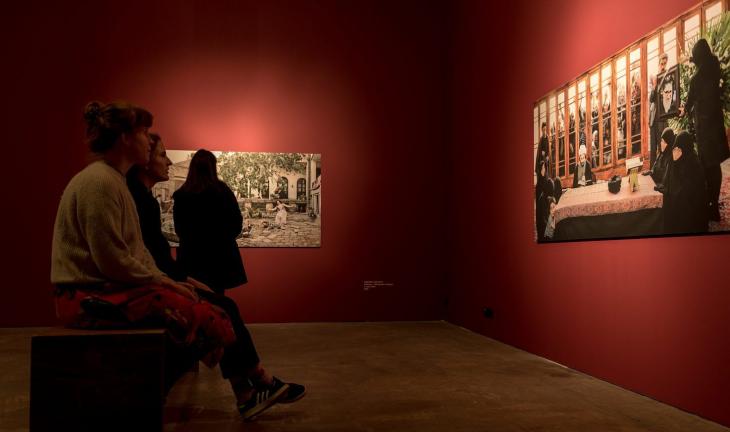 Most of the works shown in the Leipzig exhibition "Forgotten Enlightenments – Unknown Stories about Islam in Contemporary Art" are not new, but the cross-thematic and cross-format compilation makes it well worth seeing, writes Christopher Resch

At the time, this group was demonstrating against the alleged "alienation/Islamisation" of their cultural homeland. "These people made it very clear that Arabs and Muslims were not welcome here," says Khattab. "Thatʹs why I was so excited when Michael Arzt contacted me with the idea of providing people with more knowledge about Muslims and Islam."

Not only the West has cliched images of Muslims

And perhaps this has contributed to the fact that Khattab now regards Leipzig as her second home. She doesn't blame people for underestimating her at first because she wears a headscarf. "But it took them a while to understand me and my background."

The video by the artist Anahita Razmi struck a special chord with her, says Khattab. Precisely because she had to think about it – is it okay to show sounds from the call to prayer together with a dance performance? "Or is it me who exaggerating? Not only the West has cliched images of us Muslims. We ourselves also have them of ourselves." Razmi's video made her realise yet again how important it is for cultures to be open to external influences.

Most of the works shown in the Leipzig exhibition are not new, but the cross-thematic and cross-format compilation makes it well worth seeing. Sometimes the reference to the theme of Enlightenment, which floats above the exhibition, is not always clear. You need to be prepared to make that mental leap: as important as the Islamic heyday was for the European Enlightenment, the heyday of very different cultures is already very much in all of us. We have always influenced each – and not just since globalisation. Acknowledging this is an important step, requiring, precisely: enlightened thinking.

The devaluation of the Egyptian pound combined with rising food prices is taking its toll on Egypt. More and more people are slipping into poverty. Karim El-Gawhary reports from ... END_OF_DOCUMENT_TOKEN_TO_BE_REPLACED

Egyptian Sufis have been on the defensive against the country's Islamists for decades. Meanwhile, interest in mysticism is growing among the young members of Cairo’s middle and ... END_OF_DOCUMENT_TOKEN_TO_BE_REPLACED

Abortions are illegal in Egypt unless they are necessary to save a married woman's life. But that doesn't stop local women from having one. Egyptian society needs to acknowledge ... END_OF_DOCUMENT_TOKEN_TO_BE_REPLACED

Food prices doubled, salaries halved, banks restricting withdrawals: Egyptians now have the same problems as the Lebanese. But if things get worse here, the fallout will be far ... END_OF_DOCUMENT_TOKEN_TO_BE_REPLACED

Giessen, Eichsfeld, Kusel, Berlin – cars bearing old German number plates are the latest trend on the streets of Cairo. Many Egyptians regard the discarded plates as chic. What ... END_OF_DOCUMENT_TOKEN_TO_BE_REPLACED

END_OF_DOCUMENT_TOKEN_TO_BE_REPLACED
Social media
and networks
Subscribe to our
newsletter