Hafez in Europe
Persian Poetry as Reflected in German Romanticism

Together with German and Persian musicians, the baritone opera singer Holger Falk further developed German music by Johannes Brahms and Robert Schumann that was composed based on Hafez' poetry. By Ali Attar 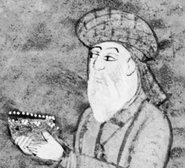 ​​Falk: "I know Hafez first and foremost through Johannes Brahms, the nineteenth century German composer. In Brahm's Opus 57 there are a few fantastic pieces by Friedrich Daumer, who translated Hafez. Daumer wrote the music based on Hafez's poetry."

Holger Falk is the initiator of a music ensemble that has set itself the task of reviving and further developing the German music of the nineteenth and twentieth centuries that was composed based on the poetry of Hafez – an old tradition of classical and Romantic German music that has since been forgotten.

Besides the baritone vocalist Holger Falk, other members of the Hafez ensemble include pianist Stefan Geier and three Iranian musicians: composer Farshad Mohammadi, who also plays the Iranian instrument santir (a kind of Persian dulcimer), percussionist Babak Massali, and the vocalist Maryam Akhondi.

​​The Hafez ensemble's music is a symbiosis of Iranian and German music. They simultaneously employ not only instruments such as piano and santir, but also vocals in German and Persian from the texts of the Persian poet and mystic Hafez, who lived in the fourteenth century.

Hafez's works arrived in Germany in a collected volume, the Divan, at the beginning of the nineteenth century. The German translation was received among important German poets such as Johann Wolfgang von Goethe, who dedicated his West-East Divan to Hafez.

While studying German music, opera singer Falk again and again came across the poems of Hafez that had been put to music: "It shames me to admit that at first I didn't know who Hafez was. Then I researched a little to find out if there were other composers who had incorporated Hafez's texts or translations of his works into their own music. I discovered there are around 50 works that use texts from Hafez, written by very different composers, mostly from the nineteenth century."

Holger Falk then began arranging the old German works in new ways, or composing in a way that combines the German and Iranian traditions. When he began looking for another musician who knew Iranian music modes (dastgah) as well as European music, he met Farshad Mohammadi, a musician and Iranian music ethnologist who lives in London.

Farshad Mohammadi already had some experience working together with British musicians. In his earlier work he also sensed a large gap between occidental and oriental music, but when he began concentrating on Hafez, he felt this distance had been overcome. 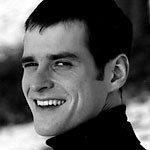 Holger Falk is the initiator of the Hafez ensemble

​​The pianist in the group, Stefan Geier, also focused on Hafez. He, too, feels that the poetic spirit of this Persian poet can overcome many cultural divides:

"I would say, Hafez represents ecstatic enthusiasm and the joy of life, seizing life, despite all the difficulties and conflicts, and this is mystically internalized. In general, the work of Hafez finds its most congenial counterpart in classical Persian music. Such a great artist, such a great poet as Hafez has a wide resonance."

Persian music only serves as a "living room" for Hafez, says Geier. A great poet like Hafez, however, does not just sit around in his living room, he goes out on the street and into other cities.

Despite different melodic systems in Persian and German music, the mystical spirit of Persian music can also be found in the music of the nineteenth and twentieth centuries, say the mystics. The two systems can be distinguished, however, by the fact that Persian music tends more toward improvisation, while in German music the harmony is central.

After the two musicians had traveled through Iran intensively studying Persian music, the Hafez ensemble gave its first concert. The program combining santir and vocals was well received by both its German and Iranian audience. Further concerts are already scheduled.

END_OF_DOCUMENT_TOKEN_TO_BE_REPLACED
Social media
and networks
Subscribe to our
newsletter