The Truth Is a Matter of Negotiation

The UN International Criminal Tribunal for the former Yugoslavia in The Hague has been occupied since 1993 with the war crimes committed during the Yugoslav Wars. Hans-Christian Schmid has now made a film showing how the West also places political decisions over individual's lives. André Tucic investigates

​​ As the country of Yugoslavia broke apart following the end of the cold war many ethnic and religious conflicts broke out, claiming countless victims. Collectively known as the Yugoslav Wars, they consisted of the Ten-Day War in Slovenia (1991), the Croatian War (1991–1995), the Bosnian War (1992–1995) and the Kosovo War (1999).

A study by the Research and Documentation Center in Sarajevo, financed by the Norwegian government, came to the conclusion that during the Bosnian War alone around 100,000 people were killed, 70% of them Bosniaks (Bosnian Muslims) 25% Serbs and 5% Croatians.

It is against this background that German film director Hans-Christian Schmid set his drama Storm, shot in the style of a political thriller.

Mysterious traces from a dark past

At the centre of Storm is the work of Hannah Maynard, prosecutor at the Criminal Tribunal for the Former Yugoslavia in The Hague, which was given the task of bringing war criminals to justice: a difficult process made harder by the difficulty of getting the accused extradited.
The attorney Maynard attempts to convict Goran Duric, a former commandant in the Yugoslav People's Army.

​​ Duric is charged with responsibility for the deportation and murder of Bosnian Muslims in Kasmaj, a small town in today's Republika Srpska. He is also alleged to have transported dozens of women to a town called Vilina Kosa, incarcerated them in a hotel and set up a ‘rape camp' there for himself and his henchmen.

Hannah finds a witness prepared to testify against Duric, but he increasingly tangles himself in contradictions. A delegation from the tribunal then travels to Bosnia to check the man's statements. During the investigation it becomes clear that he has lied and shortly after this he kills himself.

Hannah Maynard refuses to drop the case. She travels to Sarajevo for the witness's funeral and there she meets Mira Arendt, the deceased man's sister. 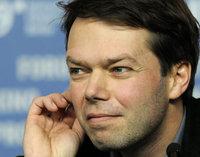 ​​ It is soon clear that the young woman knows more than her brother did. Hannah now tries to persuade her to become the next witness, but Mira is now living in Berlin with her family. She has never talked to her husband and son about past events in Bosnia, but eventually Hannah succeeds in convincing her to testify.

Just before the critical court hearing Duric's lawyer tries to prevent Mira's admission as a witness, successfully. As it emerges that this is thanks to diplomatic moves by the EU, Hannah realises that her opponents are not only in the dock; they are also in her own ranks.

Hans-Christian Schmid's film unfolds a dark panorama between an idealist's quest for the truth, the threats of Bosnian-Serb nationalists and international political interests – to whom the witness's experiences are just a footnote.

Schmid came to prominence with films such as 23, Crazy, Distant Lights and Requiem. For Storm, a German/Danish/Dutch co-production, he succeeded in attracting internationally renowned actors. Hannah Maynard is played by Kerry Fox, who, amongst other prizes, won the Silver Bear in 2001 for Intimacy. Anamaria Marinca, nominated for the European Film Prize for her role in 4 Months, 3 Weeks and 2 Days, plays the role of witness Mira.

As the plot unfolds, Hannah realises that her opponents are not only in the dock; they are also in her own ranks

​​Together with scriptwriter Bernd Lange, Schmid made extensive research into international law before drafting the plot of Storm. The figure of Hannah Maynard was based on Hildegard Uertz-Retzlaff, an attorney at the war crimes tribunal in The Hague.

"We were interested in the contradictions of a woman dedicated to doing her duty who, thanks to her persistence, is faced with becoming an outsider," Schmidt explained in an interview. "She is then confronted with a situation, where a system is pitted against her which till then she has always defended with conviction and passion."

The independence of justice

"The judiciary in the Balkan states is still not yet impartial. The police and military often don't receive adequate sentences," Lüke adds.

Time is running out

Bernd Lange: "The success of such a court affects us all personally." Pictured: the International Criminal Tribunal for the former Yugoslavia in The Hague, Netherlands

​​The Hague tribunal, founded in 1993, was the first of its kind in the world and it was on its initiative that rape was identified as a war crime for the first time. The court's full name is the International Criminal Tribunal for the former Yugoslavia and it is responsible for investigating the serious crimes committed during the Yugoslav Wars, beginning in 1991.

To date over sixty convictions have been made, there have been eleven acquittals and thirteen ongoing cases have been transferred to the respective courts in Croatia, Bosnia-Herzegovina and Serbia.

There are currently eighteen cases against forty-one defendants pending. "There have been eleven rape cases closed so far. This figure clearly demonstrates how slowly the process of dealing with these crimes is moving," says Lüke. Next year the Hague tribunal will close. The pending cases will then be handed over to the relevant national courts. Too soon, Lüke believes. "A justice system must first be established which is capable of acting impartially."

"One of the first presidents of the court once said that the tribunal was like a child, with its employees in the role of the parents," says Bernd Lange, the scriptwriter. "At the moment the child is learning to walk; it keeps stumbling and continually needs helping back on its feet."

An excellent metaphor for the particular responsibility of the court's employees, but also for the UN, says Lange. "I do not see an independent judiciary solely as a utopian idea; it is one of the pillars of our democracy. And as such the success of such a court affects us all personally."

Translated from the German by André Tucic

International Genocide Trial
Ruling on Serbia Individualizes the Blame
The UN's highest court cleared Serbia of direct responsibility for genocide in Bosnia during the 1992-95 war. Benjamin Pargan comments that Serbia now has less excuses to hand over war crimes criminals

END_OF_DOCUMENT_TOKEN_TO_BE_REPLACED
Social media
and networks
Subscribe to our
newsletter