Employing Beelzebub to Drive out the Devil?

Germany plans to introduce in the medium term support programmes for Islamists who would like to turn their back on extremism, similar to the ones that already exist for right-wing extremists. But how effective could such programmes be and would Islamists be drawn to them? Albrecht Metzger reports 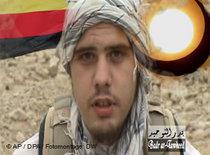 An opportunity to opt out of Jihad? The German Federal Ministry of the Interior and the Office for the Protection of the Constitution have been working for some time now on possible support programmes for Islamists who want to turn their backs on Islamist extremism

​​ People change. That is why it is possible for an extremist, regardless of his or her ideological orientation, to rethink their lives and return to the bosom of civil society. Sometimes, however, they need help from the outside in order to be able to complete the process successfully.

The reason for this is that it can be very dangerous for those who decide to make the break to turn their back on their former comrades-in-arms. They also need prospects for the life they will lead once they have opted out. Those who adhere to extremist ideologies generally move in the circles of sworn societies whose members support each other both materially and ideologically. Whoever chooses to leave an environment like this needs alternatives.

This is why there has long been a programme for former right-wing extremists that seeks to do just that, namely to protect them against possible acts of revenge perpetrated by angry neo-Nazis and to help them build a new life.

The search for special programmes for former Islamists

To date, no such programme has been set up for Islamists. The phenomenon is comparatively new in Germany; extreme right-wing groups have been active there for forty years, whereas Islamists, or at least Islamists with a propensity to violence, are a relatively new phenomenon.

The current trial in Düsseldorf of the so-called "Sauerland cell", whose members planned to carry out bomb attacks on American facilities in the country about two years ago, is attracting much attention. Most of the defendants have admitted their guilt and have provided the investigating authorities with deep insights into the violence-prone Islamist scene in the Federal Republic.

The main defendant in the case, Felix Gelowicz, has already stated that once he has completed his sentence, he would like to start a family and live a life according to the tenets of Islam. If he had opted out sooner, he would have avoided a prison sentence altogether.

There are currently a number of both state-run and non-governmental initiatives that aim to show young men like Felix Gelowicz the way out of Islamism. It is early days yet; as one observer put it, they are at the "brainstorming" stage.

​​In the medium-term, however, the intention is to create programmes for former Islamists similar to the ones that already exist for right-wing extremists. The question is how effective these programmes could be and whether Islamists, who live in an enclosed world, would be drawn to them. There is also the question as to the differences between right-wing extremists and militant Islamists and how these differences will shape efforts to help them turn their backs on the scene.

One organisation that has experience in this field is 'Exit Deutschland'. It works with former neo-Nazis who have left their old lives behind them and are now trying to make it easier for right-wing extremists to opt out of extremism. It begins with careers guidance and includes support when moving cities, which can be necessary in extreme cases. After all, right-wing extremists are not known for having qualms about using violence.

De-radicalisation, not opting out

Exit Deutschland recently began turning its attention to Islamism, albeit at a lower level. The programme in question is known as Exit Familienhilfe, which translates as Exit Family Assistance.

"To date, we have not worked with anyone who has left the Islamist scene," says Claudia Dantschke, who is responsible for Islamism at Exit Familienhilfe. "The first thing we do is advise families that turn to us when one of their children has joined an Islamic sect or an Islamist organisation. We help them assess the situation and find out whether it is dangerous or not."

​​ In many - but certainly not all - cases, the people involved are converts. According to Dantschke, even devout Muslim parents approach Exit. "They are looking for help outside the Islamic community and we can help fill a gap for them. It is not always necessary for the Federal Office for the Protection of the Constitution to get involved straightaway."

To date, Exit has had no experience of violence-prone Islamists. "So far we have had no contact with terrorism; but we would be willing to help if we were asked to do so," says Dantschke.

Code of honour among Islamists

As far as the fundamental willingness of Islamists to leave the scene is concerned, the Islamism expert sees one problem. "There is a propaganda barrier that is very difficult to break through. The people are religious; they feel like Muslims, and they are given the impression that they would be leaving Islam if they turned their back on the group."

According to Bernd Wagner, founder of Exit Deutschland, the code of honour among Islamists might even play a greater role than it does for right-wing extremists.

"Opting out is perhaps the wrong word," says Benno Köpfer of the Office for the Protection of the Constitution (BfV) in the state of Baden-Württemberg, "because you cannot opt out of Islam. This is why we prefer to speak of de-radicalisation."

Benno Köpfer is following the debate about programmes for former Islamists very carefully, especially because he and his colleagues are gradually realising that repression alone is not enough to drain the swamp of Islamism. In the state of North Rhine-Westphalia, for example, the state branch of the BfV is conducting talks with associations and mosques and is investigating the possibility of co-operation on potential projects for former Islamists. 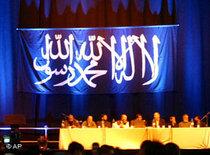 A new hope in the fight against radical Islam? Former members of Hizb ut-Tahrir are working against Islamist extremism in Great Britain

​​Other state offices could follow this example. "Our advantage is discretion," says Köpfer, "that's what makes us valuable as a contact. If someone wants to remain anonymous, the outside world will never know that he or she is talking to us. Confidentiality is what matters most to us."

There is, however, no consensus on the effectiveness of such measures. "If you encourage someone to opt out, you have to offer them alternatives," says one expert in Islamic studies who works with the BfV, but is sceptical about the programme for former Islamists and wishes to remain anonymous. "But there are no alternatives. If a right-wing extremist opts out, he can take up his place in society again. A former Islamist, however, will still be an Arab or a Turk, and will probably have to go on living with discrimination. The Office for the Protection of the Constitution can't help in that respect."

It is this feeling of being discriminated against in particular that often drives Muslims of migrant origin into the arms of the Islamists. There they find a new home and a feeling of security. "You are part of a nice community," says the man from the BfV, "you are somebody, you've found new friends. Where will you go if you opt out? Back to your old friends who now spend their time stealing cars? That's the alternative for a lot of them."

In this regard, England is much further along the road. There are already organisations there that help Islamists opt out. One particularly prominent organisation is the Quilliam Foundation, which was founded last year by former members of Hizb al-Tahrir.

In Germany, Hizb al-Tahrir has long been banned for anti-Semitic agitation. Because they themselves are former Islamists, the founders of the Quilliam Foundation know Islamist discourse, can argue accordingly and can approach Islamists.

The English police force is also trying to exert influence on the Islamist scene through middle men. Across the country there are so-called Muslim Contact Units, police units that maintain contact with mosques and help identify radicalisation trends.

The concept is controversial because it involves co-operation with Salafi mosques. There are a variety of different strands of Salafism, ranging from the peaceful to the jihadist. The police work peacefully with them in the hope of being able to cut off violence-prone Islamists from their source.

However, critics of this approach say that it is legitimising Salafism, an ultimately fundamentalist interpretation of Islam. As one man from the BfV puts it: "They are employing Beelzebub to drive out the devil."

Albrecht Metzger is an expert in Islamic Studies who works as a journalist. The main focus of his work is Islamism. He writes for a number of media including the die Zeit and Stern.

Ed Husain, "The Islamist"
Looking for a Different Kind of God
In his book, "The Islamist", Ed Husain describes how he became an Islamic fundamentalist at the age of 16, and why he later quit the radical movement. Susannah Tarbush welcomes the debate Husain's book has caused

Lawrence Wright's "The Looming Tower"
Al Qaeda and the Road to 9/11
American journalist and Pulitzer Prize-winning author Lawrence Wright makes the history of Islamism sound like a political thriller. Andrian Kreye has read the book, which is considered by experts to be the definitive work on the prehistory of 9/11

Interview with Peter Waldmann
Positive Multiculturalism as a Weapon against the Jihadists
According to the terrorism expert Peter Waldmann, ideology plays a secondary role in the radicalisation process of militant Islamists in the West. The main problem, he argues, are problems with their identity and acceptance in society. Peter Waldmann spoke to Sheryn Rindermann

END_OF_DOCUMENT_TOKEN_TO_BE_REPLACED
Social media
and networks
Subscribe to our
newsletter