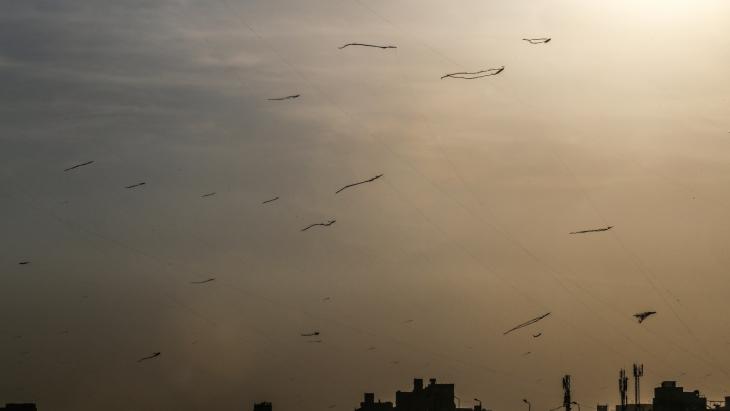 The coronavirus pandemic has turned lives upside down all over the world. In the Middle Ages, however, people lived with epidemics all the time. The best and most famous physicians worked in the Islamic world. By Dunja Ramadan

Abbasid polymath Abd al-Latif al-Baghdadi saw through the three young men pretty quickly. He met them at the al-Nuri hospital in Damascus, young Persians who had feigned pain in order to spend a few days in the hospital, with its muqarnas dome and leafy courtyard. The doctor treating them, al-Baghdadi wrote in his travelogue, did not let on. Only on the fourth day did he confront the patients and say with a smile on his face: "Traditional Arab hospitality lasts three days: so please go home!"

The incident took place in the 13th century, in what is now Syria's oldest surviving hospital. Nur ad-Din Zengi of the Turkish Zengid dynasty had it built in 1154. Until the start of the Syrian war in 2011 what is now the Museum of Medicine and Science in the Arab World attracted many visitors and tourists. Why the men voluntarily spent three days in a hospital would still not have made sense just a few centuries later – and certainly not in the age of COVID-19.

Images of overcrowded treatment rooms, of patients reduced to hoping for ventilator slots, of corpses being transported away from hospitals in refrigerated trucks have been circulating ever since the current pandemic started. These days, hospitals are seen by many as places best avoided – unless you can't breathe.

An oasis of well-being rather than an infirmary

All the more reason to reflect on the hospital as an institution. A glance back in time reveals how ideas varied among the different peoples at that time. While those who fell ill in the European Middle Ages were banished to so-called infirmaries outside the city gates, where the sick were isolated from society and mostly dependent on the mercy of wealthy donors, patients were treated very differently in the Islamic world. From the descriptions of these institutions included in travel accounts by contemporary Arab and Persian geographers, physicians and scholars, the impression is frequently more of fancy rehabilitation clinics or spiritual oases of well-being, than of mediaeval infirmaries.

Ibn Jubayr, the founder of the so-called 'rihla' literature (Arabic for journey), compared the al-Muqtadiri hospital on the banks of the Tigris in the 12th century to a "royal palace where all comforts are provided". These descriptions provide insights into an era when such hospitals were flourishing in the great Muslim metropolises of Damascus, Cairo, Cordoba and Baghdad. Al-Baghdadi, who at the age of 26 travelled to Syria, Palestine, Egypt, Armenia and Turkey, solves the mystery of the three young Persians a few lines later: It was the "excellent food and service at the hospital" that had attracted the men. 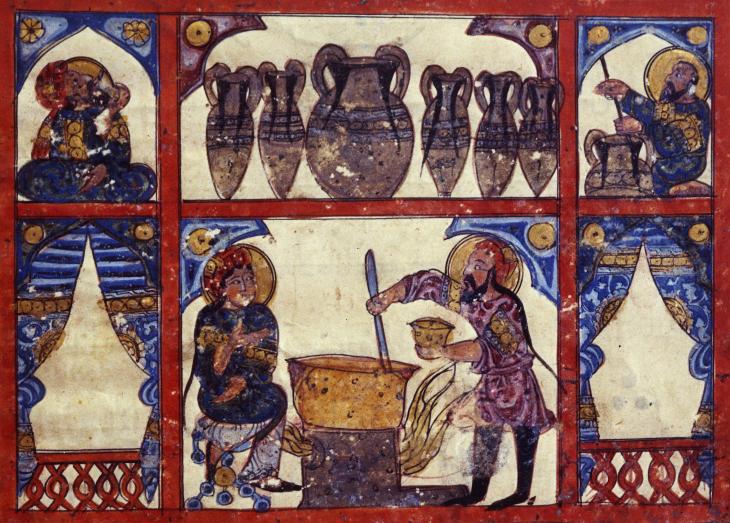 An apothecary prepares medicine in a Persian miniature from the 13th century: the best and most famous physicians worked in the Islamic world at that time, writes Dunja Ramadan. The hospitals, the "bimaristan", provided free medical treatment, clean rooms and tasty food. Under the Abbasid caliph Harun al-Rashid (763-809), of Arabian Nights fame, there are said to have been several hundred hospitals in Baghdad. Considered today to be the forerunners of modern hospitals, bimaristan had high ethical standards. They were run secularly, with doctors treating people of any race and religious affiliation

Indeed, in the early Islamic bimaristan, patients found free medical treatment, clean rooms and free – and apparently tasty – food. The name 'bimaristan' comes from Persian and can be translated as "house of the sick". Under the Abbasid caliph Harun al-Rashid (763-809), of Arabian Nights fame, there are said to have been several hundred hospitals in Baghdad. Considered today to be the forerunners of modern hospitals, bimaristan had high ethical standards.

They were run secularly, with doctors treating people of any race and religious affiliation. They were forbidden by law to turn away destitute or travelling patients. Muslim, Jewish and Christian physicians all found employment within their walls.

"All costs are to be borne by the hospital"

The policy statement of Qalawun Hospital, built in Cairo in the 13th century by the Mamluk sultan Saif ad-Din Qalawun al-Alfi al-Mansur, states that the hospital shall accommodate all patients, men and women, until they are fully recovered.

"All costs are to be borne by the hospital, regardless of whether people are from far or near, residents or foreigners, strong or weak, of high or low status, rich or poor, employed or unemployed, blind or visually impaired, physically or mentally ill, educated or illiterate. There are no conditions regarding recompense and payment; no one shall be challenged or even indirectly notified of non-payment. The entire service is provided through the generosity of God, the Generous One."

Qalawun Hospital, which continued to exist for 400 years into the 19th century, formed part of the Qalawun complex, still to be found on Al-Muizz Street in the Islamic Old City of Cairo. It has been a UNESCO World Heritage Site since 1979.

Home
Print
Newsletter
More on this topic
''The House of Wisdom'' by Jim Al-Khalili: The golden age of learning in the Arab-speaking worldCOVID-19 and the ongoing impact: Coronavirus in the time of DeltaScience and research in the Islamic world: Rebuilding the Muslim House of WisdomInterview with Angelika Neuwirth: "The claim that Islam lacks an Enlightenment is an age-old cliche"
Related Topics
Coronavirus, Dialogue of Cultures | Intercultural Dialogue, Health, History of Islam, History of the Near and Middle East, Islam and the West, Science
All Topics

"The people aren’t ready for democracy" has been the constitutional basis for Arab tyranny, its favourite slogan and its sacred narrative for more than a century. Yet, asks Khaled ... END_OF_DOCUMENT_TOKEN_TO_BE_REPLACED

A new global database shows a significant gap in reported COVID-related deaths, suggesting the actual worldwide death toll is short by at least 1 million. That's due in part to ... END_OF_DOCUMENT_TOKEN_TO_BE_REPLACED

Two decades after the attacks of 11 September 2001, the West faces the shattered debris of its failure – not only in Afghanistan, but also in Iraq, Syria, Libya and Yemen. What ... END_OF_DOCUMENT_TOKEN_TO_BE_REPLACED

In Ancient Egypt, the pharaohs had "solar boats" built to take them into the afterlife. One of these boats was discovered in 1954. It has now been moved to the Grand Egyptian ... END_OF_DOCUMENT_TOKEN_TO_BE_REPLACED

Attracting little attention from the world at large, Egypt's military regime has been mercilessly going after dissidents. Now, the first executions of prominent members of the ... END_OF_DOCUMENT_TOKEN_TO_BE_REPLACED

The village of Vakıflı (population 150) in the southern Turkish province of Hatay near the Syrian border is the last remaining Armenian village in Turkey. Lately, interest in the ... END_OF_DOCUMENT_TOKEN_TO_BE_REPLACED
Author:
Dunja Ramadan
Date:
Mail:
Send via mail

END_OF_DOCUMENT_TOKEN_TO_BE_REPLACED
Social media
and networks
Subscribe to our
newsletter