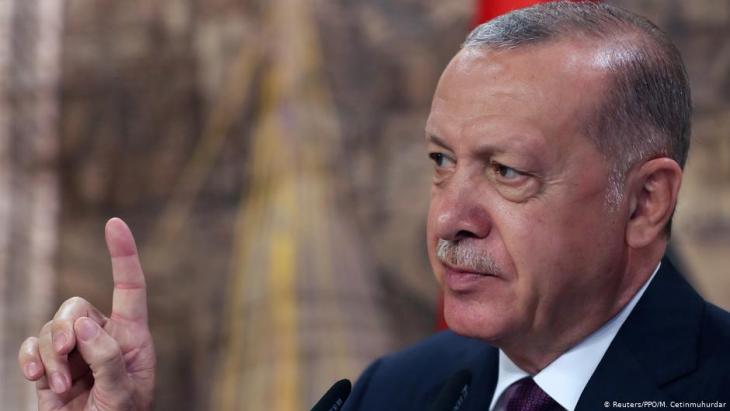 How much longer till Turkey's elections?
President under pressure – Erdogan's popularity nosedive

Turkey's parliamentary and presidential elections are scheduled for June 2023. But they are already casting a shadow. While the opposition is calling for early elections, President Erdogan is insisting on holding the elections in the highly symbolic year of 2023. For right now, his ratings are poor. Ronald Meinardus reports from Istanbul

In 2023 – if things go according to Erdogan's plan – Turks will not only celebrate the centenary of their republic with great pomp, but at the same time provide him with a mandate for yet another term in office, amid an atmosphere of national euphoria.

Erdogan has been in power for 18 years without interruption, first as prime minister and later – endowed with additional powers – as president. Currently, things are not going well politically for the politician who has been spoilt by success. High inflation and tumbling lira exchange rates, plus a growing army of unemployed, have destroyed the nimbus of the successful state leader.

Now a political earthquake is shaking the country on the Bosphorus. At the centre of the political affair, which has the potential to escalate into a national crisis, is a fugitive mafia boss. From his exile in Dubai, he has been publishing explosive accusations against the ruling party via YouTube, with Interior Minister Suleyman Soylu being the main target so far. Among other things, it is about drug smuggling, corruption and unsolved murders. Even though Sedat Peker, the name of the ex-gangster who has become something of a media star in Turkey overnight, has failed to provide evidence for his sometimes outrageous accusations, the case is fuelling the widespread theory about the decay of law and order – and the secret cooperation of those in power with the underworld.

All this bad news, coupled with far-from-convincing management of the COVID crisis, is having a negative impact on government popular support. If Erdogan does not want to hold early elections, it is primarily because the opinion polls largely agree that he and his party would lose.

Most popular statesman in the Arab world

Amid all the doom and gloom, there is however some consolation: demoscopic comfort for the president, who has taken a battering in recent opinion polls, is coming from a part of the world particularly close to Erdogan's heart: the latest "Arab Barometer" survey shows the Turkish president to be the most popular "regional leader". In Morocco, Jordan, Algeria and Tunisia, the Turk is well ahead of Iranian revolutionary leader Ali Khamenei and Crown Prince Mohammed Bin Salman of Saudi Arabia. According to Arab Barometer, the only places Erdogan scores less favourably are Libya and Lebanon. 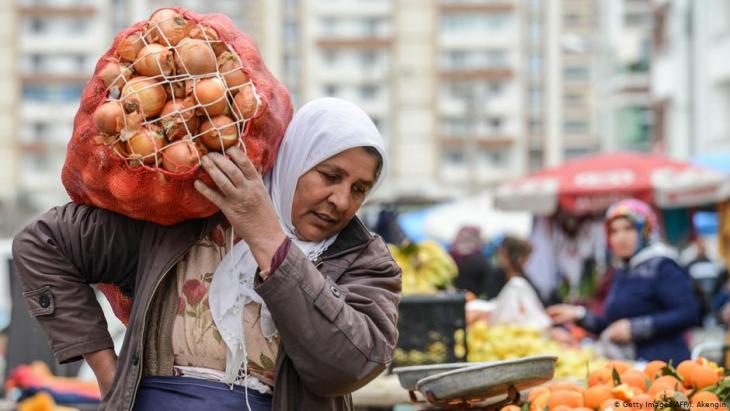 High inflation and a falling exchange rate for the Turkish lira are driving up prices for basic foodstuffs: pictured is a market in the city of Diyarbakir. The poor economic situation and a growing army of unemployed have destroyed Erdogan's nimbus as a successful leader. Currently, things are not going well politically for the once popular politician

Abdul-Wahab Kayyali, who was in charge of the survey, attributes Erdogan's good ratings to his strong democratic legitimacy compared to his competitors: "Erdogan enjoys considerable legitimacy through elections. Erdogan has repeatedly won elections that were by and large fair. Neither Bin Salman nor Khamenei enjoy this legitimacy." The current Arab Barometer survey focuses primarily on foreign policy.

While Turkey's foreign policy under President Erdogan has come under fire in the West – and especially in Europe – for its aggressive nature and is a key reason for the breakdown in relations with the EU, Ankara's tough stance has been far better received in the Arab world, according to the survey: "Public opinion in the Arab world seems to admire Erdogan's growing penchant for tough policies and for challenging Israel and the United States," writes David Garner in the Financial Times.

Abdul-Wahab Kayyali explains why Erdogan's approval ratings in this area are higher than those of his regional rivals from Iran and Saudi Arabia by morbidly relativising their respective military policies: "Although all three leaders pursue foreign policies that can clearly be described as imperial, Turkey's ethnic cleansing in parts of northern Syria pales in comparison to Saudi Arabia's genocidal war in Yemen and Iran's intervention in Syria, which also bears traits of genocide."

In Doha, Arabs from Morocco, Tunisia, Egypt and Algeria are gathering to celebrate the first ever FIFA World Cup to be held on Arab soil. The criticism from Europe? Over the top, ... END_OF_DOCUMENT_TOKEN_TO_BE_REPLACED

Canan Topcu came from Turkey to Germany as a child. In her essay, she describes how bothered she was by the racism she encountered in her country of origin when she travelled ... END_OF_DOCUMENT_TOKEN_TO_BE_REPLACED

All organisers use major sporting events like this year’s FIFA World Cup in Qatar primarily to advertise their country and promote a slick public image. This is not something we ... END_OF_DOCUMENT_TOKEN_TO_BE_REPLACED

Lamya Kaddor, MP for Germany’s Green Party, visited Qatar with a group of parliamentarians. In interview with Claudia Mende, she advocates a differentiated picture and urges that ... END_OF_DOCUMENT_TOKEN_TO_BE_REPLACED

COP27 in Sharm el-Sheikh is turning into a PR disaster for Egypt’s military regime. Instead of praise for the host, the news is full of solidarity for imprisoned activist Alaa ... END_OF_DOCUMENT_TOKEN_TO_BE_REPLACED
Author:
Ronald Meinardus
Date:
Mail:
Send via mail

END_OF_DOCUMENT_TOKEN_TO_BE_REPLACED
Social media
and networks
Subscribe to our
newsletter