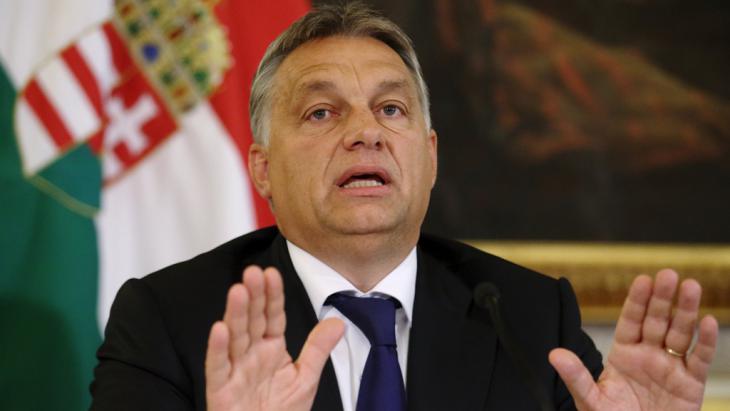 Although Hungary is just a transit nation for many refugees on their way to Western Europe, the country's government – led by right-wing nationalist Prime Minister Viktor Orban – has been conducting a campaign of xenophobia for months. Background by Stefan Buchen

"I embarked at Alexandria in stormy seas; I was overcome by a profound sense of melancholy as I watched the minarets slowly disappear. The journey meant I was taking leave of the greatest period of my life."

This is how Ignaz Goldziher, writing in his diary, described his departure via the Mediterranean to Europe in the year 1874. The young man from Budapest had spent several months in Egypt, Palestine and Damascus. Goldziher held discussions in fluent Arabic with "Islamic scholars" and "free thinkers" and partook of the water pipe in cafés. He described being among worshippers and "reverently rubbing" his "forehead" on the floor of the Azhar Mosque, saying he never felt like a "stranger" despite his "differing religious beliefs".

Ignaz Goldziher (1850-1921) was a Hungarian Jew writing predominantly in German. He experienced his trip to the Orient as a journey into tolerance, because in Christian Europe he was accustomed to the "humiliations of a society that excludes Jews".

Goldziher was the first to bring Europeans closer to Islam by way of academic analysis. His "Lectures on Islam", "Muslim Studies" and "Islamic Koran Interpretations" are founding works of modern Islamic studies in Europe. He cannot be suspected of pursuing a colonialist agenda in his endeavours, as he spoke out clearly against the "Europeanisation" and "religious conversion" of the Orient. 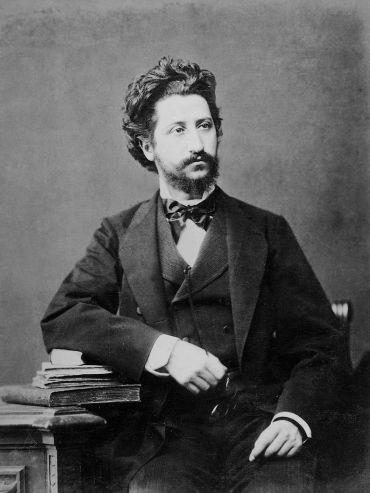 Ignaz Goldziher (1850-1921) experienced his trip to the Orient as a journey into tolerance, because in Christian Europe he was accustomed to the "humiliations of a society that excludes Jews". He was the first to bring Europeans closer to Islam by way of academic analysis

Today, such a degree of empathy for Islam from a professor at the University of Budapest and a member of the Hungarian Academy of Sciences – the scholar had to fight long and hard for both positions – sounds unreal and a little absurd. Goldziher's ideal of a dialogue between Europeans and Muslims has been swept away by a century of striving for hegemony, attempts at subjugation, wars and hatred.

The current mass exodus from the nations of the politically ravaged East comes as a result of this unfortunate history. In Hungary, the refugees are even triggering memories of a trauma that goes even further back in time. The nationalist government perceives itself on the very front line of defence in the battle against an invasion.

Hungary's Prime Minister Viktor Orban does not view the refugees as people in need of protection, but rather as "Muslim invaders", even as "warriors". He erects daunting fences, imposes draconian punishments on those who still manage to cross the border and places ads in Arabic in Lebanese newspapers, warning the "Orientals" against trying to enter his territory. It appears there is little difference between the "society that excludes Jews", as Goldziher described Hungary, and "the society that excludes Muslims" of today.

Orban explains that he is defending "European values". The Hungarian head of government is referring here to the "Christian Occident", which he sets against the ideal of a pluralistic and – in his view – defeatist society. Dramatic historic parallels are being drawn here. Orban is transporting his country back into the 16th century. In the year 1526, the Ottomans defeated the Hungarian army and subjugated the Danube nation. For 160 years, Hungary was placed under "Islamic" rule.

Is Europe marching towards an order to open fire?

Orban is playing on this sense of trauma. Mohacs, the place where this defeat took place in 1526, is located in the border region between Hungary, Serbia and Croatia, where the refugee route runs. Orban is daring to make a breathtakingly rhetorical recourse to the time of the "Ottoman Wars".

Not without success, as his policies have earned him open applause from Bavaria and Austria's Freedom Party, as well as tacit approval from many other European capitals. Is Europe marching towards an order to open fire? In view of the nationalistic charge emanating from Hungary, this is a monstrous question that must now be asked.

One may well suppose that neither Horst Seehofer nor Viktor Orban have ever heard of Ignaz Goldziher. His writings and his life story provide much food for thought. It is not at all the case that he lived in an ideal epoch characterised by tolerance and peace. On the contrary. The scholar was wedged between the hammer of anti-Semitism and the anvil of the oppressive social situation within the Jewish community of Budapest. 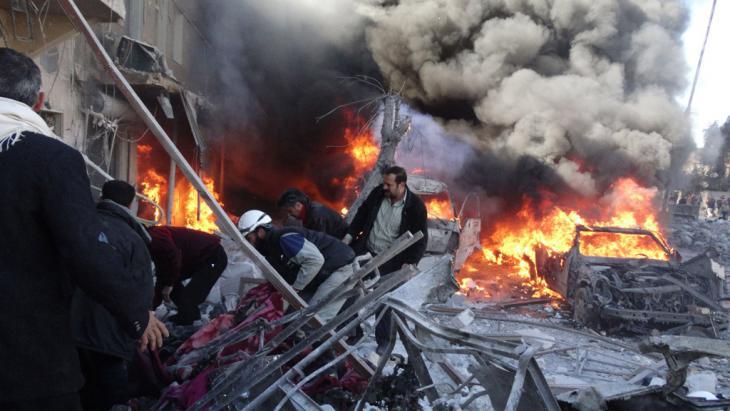 Gates of hell: anyone travelling against the tide of refugees down the Danube, following in the footsteps of Goldziher himself, will no longer find in the East the more tolerant antithesis to a hate-filled European society. Entering Damascus does not call to mind knocking "at the gates of paradise"

The devout Jew Goldziher sensed the threat of "dehumanisation" through nationalism and religious fanaticism. He saw the psychological risks people were exposed to as they entered the modern age. His refuge was the "universal religion of the prophets". He did not want to put all his faith in the benediction of "enlightenment" alone.

The research subject "Islam" brought him into amicable contact with many other "Orientalists" in Europe. These academic friendships also transgressed borders to nations such as France and England, which were hostile to his home country of Hungary, part of the Habsburg "dual monarchy". Amid the intensifying nationalistic fervour that led to the First World War, the scholar of Islam Goldziher espoused a different kind of Europe.

Anyone travelling against the tide of refugees down the Danube, following in the footsteps of Goldziher himself, will no longer find in the East the more tolerant antithesis to a hate-filled European society. Entering Damascus does not call to mind knocking "at the gates of paradise". "The old Caliphate city", as he describes it in his diary, is now more like the gates to hell. Islam and "the lives of the Mohammedan people and their relationship to doctrine", which Goldziher studied in such a pioneering fashion and researched with such great empathy, are now no longer recognisable.

Despite what heads of state may claim, the Russian attack on Ukraine is not a wake-up call for a self-confident Europe that defends its values. The war is accelerating the decline ... END_OF_DOCUMENT_TOKEN_TO_BE_REPLACED

At the EU's outer borders, the right of migrants to a fair asylum procedure continues to be systematically disregarded. Take Greece, for example: in the worst case scenario, those ... END_OF_DOCUMENT_TOKEN_TO_BE_REPLACED

Madrid's about-face on the Western Sahara conflict has enraged Algeria. Trade relations have been frozen unilaterally and a cut in gas supplies to Europe could be in the pipeline ... END_OF_DOCUMENT_TOKEN_TO_BE_REPLACED

Mourad al-Marouai was just nine when a landmine killed him on a beach in war-torn Yemen, a tragedy that will haunt his family forever. After a swim, the little boy "suddenly ... END_OF_DOCUMENT_TOKEN_TO_BE_REPLACED

A ceasefire has been in effect in Libya for the past year and a half. Yet after Russia's attack on Ukraine, another proxy war looms in Africa's most oil-rich country. Mirco ... END_OF_DOCUMENT_TOKEN_TO_BE_REPLACED

The Ukraine war has seen energy prices spike with oil producers in the Middle East making more money than ever. But will it put the brakes on long-planned reforms to diversify oil ... END_OF_DOCUMENT_TOKEN_TO_BE_REPLACED
Author:
Stefan Buchen
Date:
Mail:
Send via mail

END_OF_DOCUMENT_TOKEN_TO_BE_REPLACED
Social media
and networks
Subscribe to our
newsletter