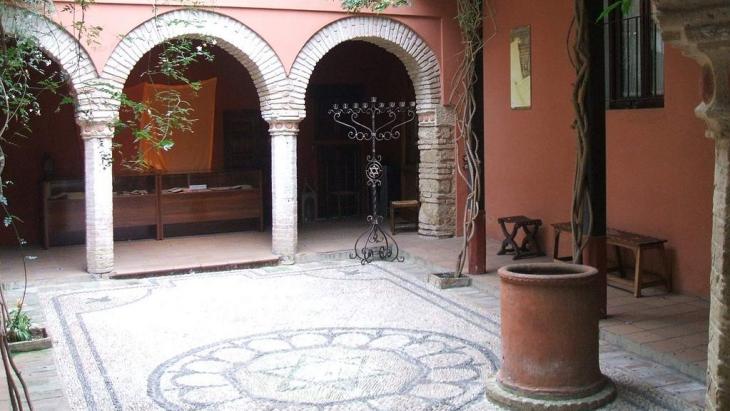 Known to Jews, Muslims, and Christians by three different names – Sefarad, al-Andalus, and Hispania, respectively – the Iberian Peninsula has been a centre of fertile intellectual, cultural and spiritual production for multiple religious traditions.

In his new book "Iberian Moorings", Ross Brann, Milton R. Konvitz Professor of Judeo-Islamic Studies and Stephen H. Weiss Presidential Fellow, compares the histories of the Jewish and Muslim traditions in the Iberian Peninsula between the tenth and thirteenth centuries, tracing how Islamic al-Andalus and Jewish Sefarad were invested with special political, cultural and historical significance across the Middle Ages.

For centuries, Brann wrote, scholars have celebrated the "Islamic Spain" of the medieval period and a "Golden Age of the Jews of Spain" during the same time.

"They designated al-Andalus or Sefarad as a place where exceptional social and religious tolerance prevailed and produced far-reaching intellectual and cultural achievement," Brann wrote. "Al-Andalus and Sefarad have long since metabolised and come to constitute tropes of culture with histories of their own, fertilised and constructed by the interface of memory and the history constructed from it, the literary imagination and geographical desire. The tropes persisted as powerful and comforting, if nostalgic, signs of Andalusi-ness and Sefardi-ness, even when al-Andalus and Sefarad were no more."

Turkish author and journalist Mustafa Akyol is one of the foremost pioneers of an Islam reconciled with modernity. Musa Bagrac spoke with Akyol for Qantara.de about his new book " ... END_OF_DOCUMENT_TOKEN_TO_BE_REPLACED

A bird's eye view of eight hundred years of history: Brian A. Catlos tells the story of Al-Andalus in the style of a streaming series and deconstructs the myths of the Reconquista ... END_OF_DOCUMENT_TOKEN_TO_BE_REPLACED

A heated debate is raging in the Islamic world about whether the religious and political spheres in Islam are one and the same. Before this matter can be settled, the terms " ... END_OF_DOCUMENT_TOKEN_TO_BE_REPLACED

On their fourth CD "Irade" (willpower), Masaa has left its piano sound behind, yet continues with its new guitarist to pursue a path that bridges jazz improvisation and Arabic ... END_OF_DOCUMENT_TOKEN_TO_BE_REPLACED

Muhyiddin Ibn Arabi (1165-1240) is one of the most influential Arab philosophers and mystics. James Morris, Professor of Islamic Theology at Boston College, explains why his ... END_OF_DOCUMENT_TOKEN_TO_BE_REPLACED

Internationally Bamiyan tends to be associated with the tragedy surrounding its empty Buddha niches. But in recent years the central Afghan province has also been an island of ... END_OF_DOCUMENT_TOKEN_TO_BE_REPLACED
Date:
Mail:
Send via mail

END_OF_DOCUMENT_TOKEN_TO_BE_REPLACED
Social media
and networks
Subscribe to our
newsletter