F.M. Esfandiary's novel "Identity Card" was published in the mid-1960s. A dissection of the inhuman absurdities of the Iranian bureaucratic system, it is a book that has lost nothing of its relevance under the mullahs, as Ilija Trojanow, translator of the newly published German translation, tells Nimet Seker 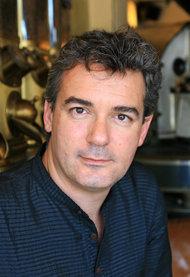 Man of letters and globetrotter: Ilija Trojanow, translator and editor of "Identity Card"

​​ Mr Trojanow, F.M. Esfandiary's novel was published over 40 years ago. Your translation is the first into German. What was it that brought the book to your attention?

Ilija Trojanow: The publication of the first edition in the USA. The Somali writer Nuruddin Farah, a very good friend of mine, gave it to me one day. When I began working on the "Weltlese" (world selection) series, I remembered it. I think it is still one of the most remarkable novels about homeland, its loss, return and the search for a new identity of one's own; one, however, that no longer fits the given identity patterns of one's home country. It is a very big and also a very evocative topic. In the 21st century it is one that is relevant to the lives of millions of people around the world.

The number of migrants is increasing all over the world; people are increasingly living, studying or working outside of their countries of origin. Of course it is a topic to which I feel very close, given my own life story.

To what extent was Esfandiary himself a migrant, a man between cultures? 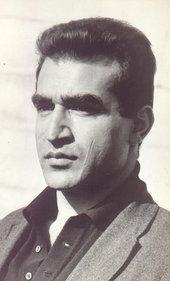 The writer F.M. Esfandiary: His novel "Identity Card" tells the story of a man who needs an identity card to allow him to leave Iran. The plot itself becomes a symbol of the search for identity

​​ Trojanow: He was from a diplomatic family; I myself got to know some of these children when I was growing up in Kenya. Life is very difficult for them, of course, because it is not just a matter of being uprooted once; they are constantly uprooting, moving to a new home every three or four years. This can sometimes have a traumatic impact. But he was obviously a real citizen of the world. He spoke many languages, travelled a great deal, and had friends from every phase of life, though he came from Iran originally.

The original manuscript of the novel was intercepted and confiscated at the Teheran post office in 1966. It did make it to publication, however. How did that come about?

Trojanow: It's not something that is unique in the history of literature. It is quite astonishing how often this kind of thing happens when intelligence or other state institutions seize manuscripts. It turns out that either another copy exists, or one has to write the book over again. In Esfandiary's case, the manuscript, which was written in Teheran, was re-typed, and with the help of two Americans, smuggled out of the country for publication.

In his foreword to the novel the author writes: "For those who do not know Iran, it may be helpful to point out that the following is a work of satire." That sounds very embittered. How much is this a novel about Esfandiary's own personal experiences?

Trojanow: The interesting thing about this novel is that it depicts Iran as a country subject to no particular political structure. It is set at the time of the Shah’s reign, but it could just as easily be today. Esfandiary describes phenomena such as bureaucracy, hypocrisy, dishonesty, corruption; things which have not changed at all over the years, irrespective of whether we are talking about before or after the Islamic Revolution. I find that fascinating because I deal very much with the culturalisation of problems and conflicts. I often have the suspicion that problems that arise and are carried on on a non-cultural level, then tend to be misinterpreted on the basis of false cultural explanations.

​​ We tend to look at Iran in a very particular sort of way; very seldom do I read that any of Iran’s problems are to do with an obsolete and torpid ruling elite, or with a blatantly imperialist attitude on the part of that elite, whose self-assurance rests on a history that stretches back several millennia. And with a level of corruption that is incredible and that is historically rooted. This means we are dealing with very deeply anchored ways of thinking and this needs to be discussed on very different levels, not just in the superficial sense of looking at who presently happens to be in power.

That is what is so interesting about the novel. Esfandiary creates a parable that clearly shows the powerlessness of the individual in the face of such structures. It would be too easy to refer to this as Kafkaesque; it is very much something that is universally human. It is the individual as the outcast, who chooses to go his own way. This figure however is not glamorised in any sense in the book. This is a man with many faults and weaknesses. His visit to a prostitute, for example, is very grimly described in terms of its moral dubiousness. In other words, he is in no sense a typical hero figure, but we do sympathise with him because we see that the individual is left bereft of value and dignity by exposure to such structures.

Esfandiary died in 2000. He was convinced that the 21st century could produce a society in which political, ethnic and national differences would be overcome. Why, then, did he write so pessimistic a novel?

Trojanow: The novel portrays life in the middle of the 20th century on the basis of his own experiences. It is actually a very typical novel for the 20th century, a century in which cultural and religious differences were politically exploited and led to unbelievable suffering. I think that someone who is motivated by the hope that we should not settle our differences by bashing one another’s heads in, that that kind of person, of course, is very much concerned that lessons should be learnt from the past and from history – and passed on as a warning parable to the readers of the future.

Ilija Trojanow was born in Sofia in 1965. He grew up in Kenya having fled there by way of Yugoslavia, Italy and Germany with his family. After completing his studies he founded the Marino publishing company. His novel "The Collector of Worlds" was awarded the Leipzig Book Fair Prize in 2006. "Kampfabsage Kulturen bekämpfen sich nicht, sie fließen zusammen" was published in 2007. Ilija Trojanow is editor of the "Weltlese – Lesereisen ins Unbekannte" series.

F. M. Esfandiary (who later referred to himself as FM-2030) was born in Brussels in 1930. He was son of an Iranian diplomat and grew up in England, Iran, Afghanistan and India. He participated in the 1948 Olympic Games in the Iranian fencing team. His was a member of the UN Conciliation Commission for Palestine, a writer, university lecturer, philosopher and futurologist. He died in New York in 2000.

Interview with Ilija Trojanow
"What Is the Other?"
The subject of Ilija Trojanow's acclaimed novel "The Collector of Worlds" is about real-life British adventurer Sir Richard Francis Burton, a polyglot colonial captain, who apparently converted to Islam to facilitate his entry into the inner circles of Muslims. Interview by Ulrike Sárkány

Stefan Weidner's "Fez"
Meandering Reflections
Following the success of his "Mohammedan Temptations," prominent translator and publisher of Arab literature Stefan Weidner has now brought out a second prose volume with a literary account of a trip to Morocco. A review by Lewis Gropp

END_OF_DOCUMENT_TOKEN_TO_BE_REPLACED
Social media
and networks
Subscribe to our
newsletter