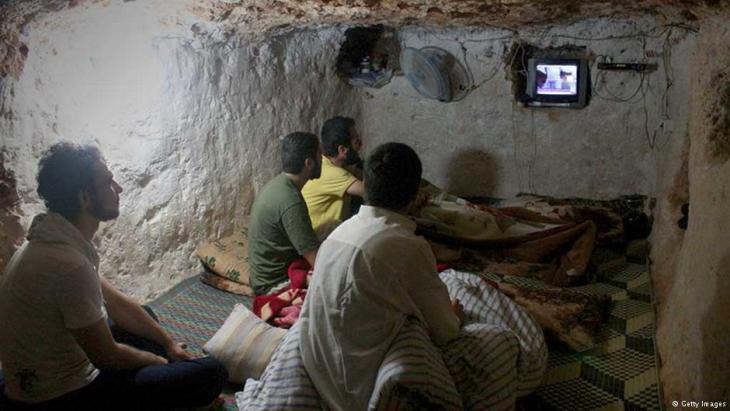 Independent media in Syria
Flourishing despite the violence

The vibrant alternative media landscape that has developed in the rebel-controlled areas of Syria in recent years is a thorn in the side of both the Assad regime and the radical Islamists. By Joseph Croitoru

The constant stream of fear-inducing, horror-filled propaganda with which the terrorist group Islamic State (IS) keeps itself in the headlines is overshadowing a very different media reality in Syria.

Far from being coincidental, this is intentional and systematic because for a number of years now, an independent media scene has existed in rebel-controlled areas of Syria. These media have proved to be a massive irritation both to the regime and to Islamic extremists in Syria, which is why both are doing everything they can to prevent independent reporting on events. As a result, the list of murdered Syrian journalists, especially citizen journalists, has steadily grown longer since the start of the popular uprising.

As the pressure increased, a group of Syrian journalists decided in early 2012 to form an independent professional association in clear opposition to the official pro-government journalist body. Today, it says that it has more than 150 members. The association has documented more accurately than any other body the level of violence to which journalists are exposed in Syria.

The association reports that between 2011 and the end of July 2014, more than 250 journalists and photojournalists were killed. Some of them were forced to vegetate for months, if not years, in state prisons before they died of injuries inflicted by torture. Others died as a result of bombings, while others were shot in the head by snipers or even executed.

Of late, an increasing number of media activists from Islamist rebel groups competing with IS have been added to the list of victims. In these cases too, they appear to have been systematically tortured before being killed. 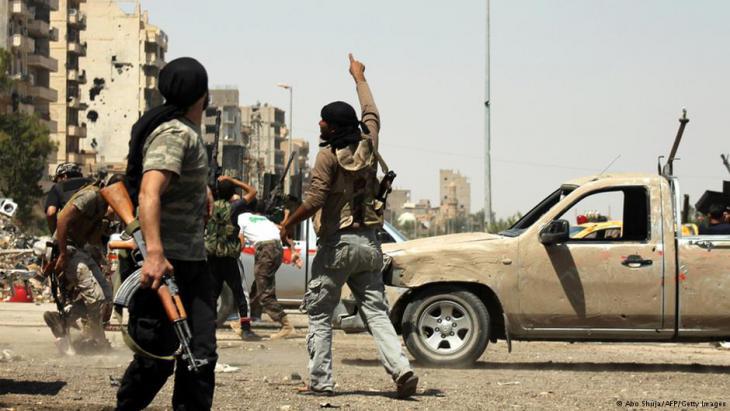 Rebels in the city of Aleppo. According to Reporters without Borders, Syria is the most dangerous country in the world for journalists. Last year alone, ten professional reporters and 35 civilian journalists were killed there

The independent Syrian journalists association does more than just document these horrors. It also supports local media initiatives, especially those attempting to bring activists from the various rebel camps together.

A recent example of these efforts comes from the rebel-controlled city of Daraa in southern Syria, where a group of some 30 young men have set up the Al-Nabaa (The News) media office. It makes use of Facebook and Twitter and operates its own YouTube channel.

A wide spectrum of opposition groups

Evidence of the group's aspiration to provide a common forum to the widest possible spectrum of opposition groups can be found in the video documentation of a meeting of opposition representatives. The purpose of the meeting was not just to foster mutual understanding and co-ordination. By releasing the video on the Internet, the rebels hope to draw attention to the problems faced by all groups and to emphasise how they feel abandoned by the Syrian opposition leadership abroad.

They report that the wounded in their ranks receive barely adequate care and that the situation could be enormously improved by the delivery of just a few ambulances. One officer in the Free Syrian Army (FSA) expressed his anger at the fact that, over the past four years, his group has hardly received any weapons from abroad, let alone heavy armaments.

The members of Al-Nabaa not only provide media coverage of such remarkably open discussions, but also cover military operations jointly carried out by various rebel groups in the region.

Western reports about the recent capture of the border crossing between Syria and Israel at Kuneitra by the Islamist Nusra Front have been qualified by a short video report from Al-Nabaa, which clearly shows that FSA fighters took part in the operation as well.

Reports from Daraa also constantly focus on the shocking scorched earth policy of Assad's troops. If they are forced to retreat, they frequently set fire to their abandoned base, usually a formerly civilian building.

Whenever rebels attempt to recapture such areas, they are countered with aerial bombardments of barrel bombs. This kind of attack has become a daily occurrence in the city. Al-Nabaa recently reported that one such an attack hit the city's large Abbas Mosque, a site of great symbolic importance. It was here, on 18 March 2011, that one of the first large-scale demonstrations against the Assad regime began. 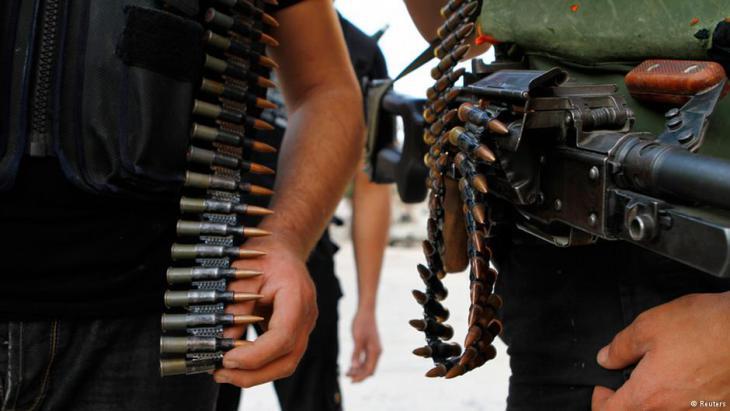 Syrian rebels with guns and ammunition: according to the independent Syrian journalists association, more than 250 journalists and photojournalists have been killed in Syria between 2011 and the end of July 2014. Some languished in prison for months before dying of injuries inflicted by torture, others were caught in the cross fire or deliberately targeted or executed

A network of independent radio stations

In its broadcasts on the Internet, the oppositional Syrian journalists association also promotes other media initiatives with which it co-operates. One of these is the Syrnet radio project, which was developed with the support of MICT, a Berlin NGO.

Since September 2013, MICT has built up a considerable network of independent radio stations in Syria. The aim is to strengthen opposition media efforts directly in the region. For a few years now, there have been a number of Western-supported radio stations that can be received in Syria, but they are mostly based in Jordan and Turkey.

MICT now has eight stations in various parts of Syria. It employs Pocket FM, a simple and efficient system conceived in Berlin. Pocket FM does not require any large or expensive broadcasting masts; instead every Syrnet station uses a number of small, portable aerials, which are hardly visible from a distance. In case of an attack, the aerials and the battery-run micro transmitter can be quickly moved to a new location.

Around the clock programming is ensured by eight local studios. This prevents any total breakdown in broadcasting and simultaneously ensures that listeners are informed about events in other parts of the country as well. Continuous operations are also guaranteed by an additional Internet feed and by a broadcast via Nilesat satellites. This means that people in countries neighbouring Syria, where millions of Syrian refugees are currently living, can also listen in.

Any reconciliation between Turkey and Syria’s Assad regime would have disastrous consequences for many Syrians, explains Syria expert Kristin Helberg END_OF_DOCUMENT_TOKEN_TO_BE_REPLACED

There are signs of an imminent normalisation of relations between Turkey and Syria. This would allow Erdogan to score political points domestically before the upcoming elections ... END_OF_DOCUMENT_TOKEN_TO_BE_REPLACED

As Syrian camps housing families of Islamic State fighters get more dangerous, there are calls to bring children out, even if the mothers don't want to go. The idea of separating ... END_OF_DOCUMENT_TOKEN_TO_BE_REPLACED

Where are the measures to deal with the looming challenges facing the Arab world? In this commentary, Marwan Muasher warns that the region is in grave danger of falling behind ... END_OF_DOCUMENT_TOKEN_TO_BE_REPLACED

At the end of every year, the team at Qantara.de gives you a run-down of the ten most-read articles on the site over the past 12 months. Here is a quick overview of the stories ... END_OF_DOCUMENT_TOKEN_TO_BE_REPLACED

Social engagement is often motivated by religious factors. A new book explores the background to these community efforts and appraises how effective they are in helping to ... END_OF_DOCUMENT_TOKEN_TO_BE_REPLACED
Author:
Joseph Croitoru
Date:
Mail:
Send via mail

END_OF_DOCUMENT_TOKEN_TO_BE_REPLACED
Social media
and networks
Subscribe to our
newsletter