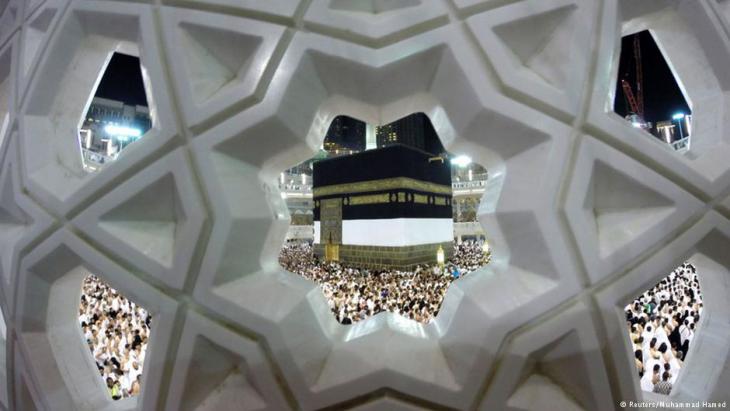 While the Hindu-nationalist government led by Narendra Modi has withdrawn the hajj subsidy to Muslims, public grants to members of the Hindu majority making pilgrimages remain in place. By Ronald Meinardus

The pilgrimage to Mecca is one of the five pillars of Islam. The Koran teaches that each and every follower of the faith who is able to afford it must make the journey to Mecca once in their lifetime.

In India, where some 180 million Muslims make up by far the largest religious minority, the Hindu nationalist-led government announced significant changes to its hajj policy early this year.

"With immediate effect, there will be no (public) subsidies for the hajj," announced the Union Minister of Minority Affairs Mukhtar Abbas Naqvi in New Delhi. The step – so said the minister – is aimed at "empowering minorities without appeasement policies".

Use of the term "appeasement" is a sideswipe at the opposition Congress Party, repeatedly accused by Modi's BJP of simply telling the large Muslim minority what it wants to hear and in fact running around after it, in a bid to win votes. The BJP minister's clear message was that the government had had enough of the "implicit pandering" to Muslims.

Shortly before announcing the subsidy withdrawal, Naqvi had visited Mecca and signed the annual agreement over the allocation of the Indian quota. "Last year, Saudi Arabia raised India's hajj quota by 35,000 and this year by a further 5,000 – making it 175,000,"  the minister from New Delhi was pleased to announce. 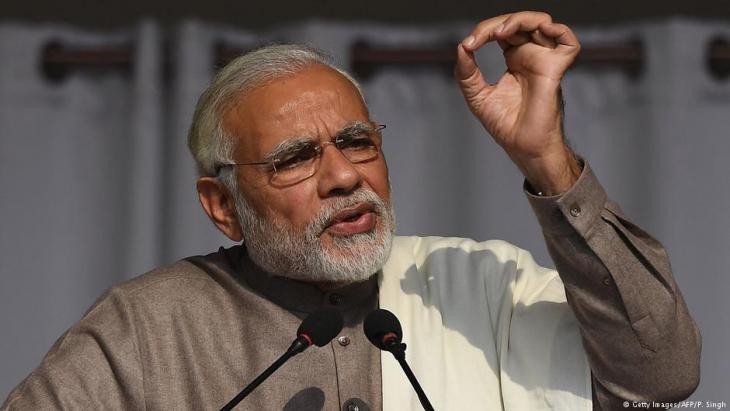 Out in the cold: the debate surrounding India′s hajj policy throws the tense relationship between the ruling BJP and the country′s Muslim minority into stark relief. The government clearly did not clear these amendments in advance with key organisations and decision-makers within the minority group – let alone involve them in the decision-making process

Minister Naqvi's explanation for the rise shows that the allocation of pilgrim numbers is not solely based on religion and proportional representation: "The popularity of Prime Minister Modi with the Saudi authorities helped us to secure this increase," he said.


India's central government is responsible for negotiating with the Kingdom of Saudi Arabia in all matters concerning the hajj. To this end, it maintains a well-staffed embassy in Jeddah.

Administration of the pilgrimages is the remit of the "Haj Committee of India" (HCI). This organisation, founded in 2002, answers to the Minister of Minority Affairs and has offices in all the states of this enormous nation. In line with the Saudi Arabian model, which allocates pilgrims internationally according to quotas, the HCI operates on a national level: The distribution of the Indian national contingent across the country's states is dependent on the size of the Muslim population in each area.

The ''German Khars'' are a family of craftsmen known in Srinagar for their skills repairing old German-made medical equipment. Their craft has been preserved for decades, but ... END_OF_DOCUMENT_TOKEN_TO_BE_REPLACED

Marrying for love is still quite a rare thing in India. Religion often gets in the way, as do caste and parental opinions. After the defamatory term "Love Jihad" started trending ... END_OF_DOCUMENT_TOKEN_TO_BE_REPLACED

With the construction of a controversial Hindu temple in the city of Ayodhya, Indian Prime Minister Narendra Modi is marginalising the Muslim community. With his rhetoric, he is ... END_OF_DOCUMENT_TOKEN_TO_BE_REPLACED

In India, ultra-nationalist musicians are providing a soundtrack for Hindu extremists with songs that glorify violence. The goal is to make the secular and pluralistic country a ... END_OF_DOCUMENT_TOKEN_TO_BE_REPLACED

Dozens of academics, writers and civic activists have been arrested in India on charges of sedition, terrorism and inciting violence. Sruti Bala asks why a country that sees ... END_OF_DOCUMENT_TOKEN_TO_BE_REPLACED

You might expect the advent of a long, bleak winter to bring everything to a standstill in Kashmir, but thanks to ingenious portable earthenware heating pots – kangdi – encased in ... END_OF_DOCUMENT_TOKEN_TO_BE_REPLACED
Author:
Ronald Meinardus
Date:
Mail:
Send via mail

END_OF_DOCUMENT_TOKEN_TO_BE_REPLACED
Social media
and networks
Subscribe to our
newsletter