At a time when even some rich democracies are electing con men as their political leaders, the success of Indonesian President Joko Widodo deserves wider acclaim and appreciation. "Jokowi" is providing a model of good governance from which the rest of the world can learn. By Kishore Mahbubani

That story is all the more remarkable because Jokowi has succeeded in one of the world’s most difficult countries to govern. Indonesia stretches 5,125 kilometres from east to west, making it wider than the continental United States, and consists of 17,508 islands. Moreover, few large countries can match its ethnic diversity. When the Indonesian economy shrank by 13.1% in 1998 as a result of the Asian financial crisis, many pundits predicted that the country would fall apart, like Yugoslavia.

Against this backdrop, Jokowi has done far more than govern competently. He has set new standards of governance that should be the envy of other large democracies.

For starters, Jokowi has bridged Indonesia’s political divides. Almost one year after Joe Biden won the 2020 U.S. presidential election, 78% of Republicans still don’t believe he was elected legitimately. Biden served as a U.S. senator for 36 years, but he cannot heal America’s partisan rifts. By contrast, the presidential candidate and the vice-presidential candidate whom Jokowi defeated in his 2019 re-election – Prabowo Subianto and Sandiaga Uno – are now serving in his cabinet (as defence minister and tourism minister, respectively).

More notably still, Jokowi has reversed the growing momentum of Indonesia’s most “Islamist” parties, partly by being inclusive. Whereas President Jair Bolsonaro has deepened divisions in Brazil, a country similar in population to Indonesia, Jokowi has reunited his country politically. As he told me in a recent interview, "The third pillar of Indonesia’s ideology, Pancasila, emphasises unity in diversity." To that end, his skillful coalition-building led to the passage last year of the so-called Omnibus Law, which aims to boost investment and create new jobs. 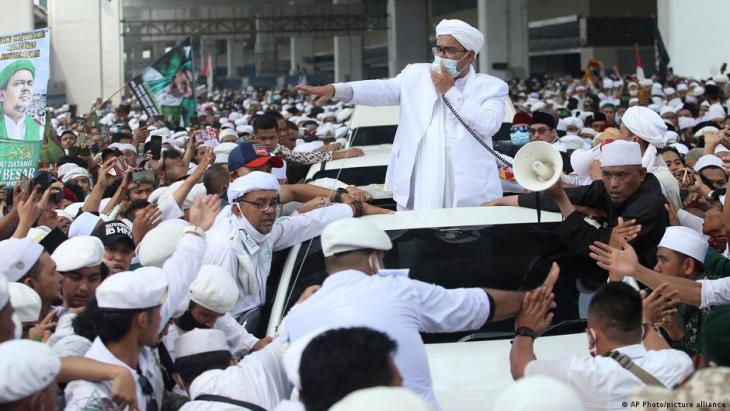 Joko Widodo has reversed the growing momentum of Indonesia’s most “Islamist” parties, partly by being inclusive. Whereas President Jair Bolsonaro has deepened divisions in Brazil, a country similar in population to Indonesia, Jokowi has reunited his country politically. As he revealed in a recent interview, "The third pillar of Indonesia’s ideology, Pancasila, emphasises unity in diversity"

Jokowi’s personal experience of poverty is key to understanding his achievements. After a successful political career – he was governor of Jakarta before becoming president – he could have naturally drifted into the company of billionaires, as many politicians do. But the poor remain his focus, and it is no surprise that his administration has delivered numerous programmes to help them.

In 2016, for example, the government redistributed land to the poor through the formalisation of land ownership. It has introduced the Indonesian health card (Kartu Indonesia Sehat) and a new national health insurance scheme, which are both aimed at providing universal health care. Likewise, the government launched the Smart Indonesia Card (Kartu Indonesia Pintar) to increase school enrollment and achieve universal education, and administers a cash-transfer programme for the poor (Program Keluarga Harapan).

Before Jokowi took office in 2014, Indonesia’s Gini coefficient of wealth inequality had been rising steadily, from 28.6 in 2000 to 40 in 2013. The coefficient subsequently declined to 38.2, its first significant decrease in 15 years. Yet, unlike many leaders who advocate large government programmes to help the poor, Jokowi is fiscally prudent. Indonesia’s public debt is low by international standards, at less than 40% of GDP.

At the same time, Jokowi is a staunch capitalist. As a former furniture exporter, he understands well the challenges facing small businesses. He has therefore used his popularity to push through painful measures, like reforming labour laws to allow firms to retrench in hard times and eliminating fuel subsidies.

Jokowi is also committed to infrastructure development. During his presidency, the government has developed bold plans to build highways across Indonesia, from Aceh in the west to Papua in the east. On Sumatra, a 2,000-kilometre stretch of railway is planned from Banda Aceh in the north to Lampung in the south. Other proposed projects include a 1,000-kilometre railway across Sulawesi and the development of long-distance railway lines in Kalimantan. 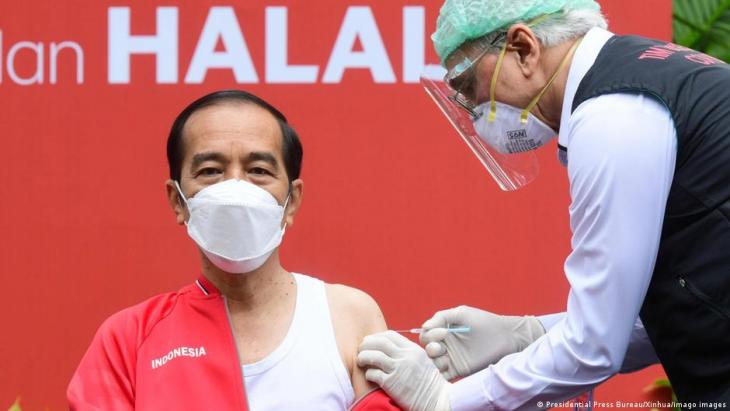 Prudent geopolitics: Joko Widodo has wisely maintained good relations with both China and the U.S. as their great-power rivalry gains momentum. He has encouraged the U.S. to invest more in Indonesia, as China’s investments have been much larger in recent years. Indonesia is participating in many projects tied to China’s Belt and Road Initiative. Jokowi also received a Sinovac jab to show his confidence in Chinese vaccines and send a broader political signal

Meanwhile, Jakarta’s metro train network is developing rapidly, relieving some of the world’s worst traffic congestion. On Java, more than 700 kilometres of toll roads (including the Trans-Java toll road) were built between 2015 and 2018, a feat once considered impossible, given that only 220 kilometres of roads were built on the island in the preceding decade.

Jokowi’s reforms helped to improve Indonesia’s ranking in the World Bank’s Doing Business index from 120th in 2014 to 73rd in 2020. By now, Indonesia should have been enjoying an economic boom, but COVID-19 hit the country hard. Still, Jokowi acted early and decisively to secure 175 million vaccine doses for a population of 270 million. Many of the doses came from China, and Jokowi received a Sinovac jab to show his confidence in Chinese vaccines and send a broader political signal.

But Jokowi has been geopolitically prudent, wisely maintaining good relations with both China and the U.S. as their great-power rivalry gains momentum. He told me that he has encouraged the U.S. to invest more in Indonesia, as China’s investments have been much larger in recent years. Indonesia is participating in many projects tied to China’s Belt and Road Initiative, including the Jakarta-Bandung railway, a tourism special economic zone in Java, the Kayan hydroelectric plant in North Kalimantan, expansion of the Kuala Tanjung port in Sumatra, and development of the Lembeh international airport in Sulawesi.

We live in paradoxical times. Modern social science has equipped us with all the knowledge we need to govern well, yet even some rich democracies are electing con men like Biden’s predecessor, Donald Trump, and UK Prime Minister Boris Johnson. This is why Jokowi’s success merits wider appreciation. The world can learn much from his model of good governance.

Kishore Mahbubani is a distinguished fellow of the National University of Singapore's Asia Research Institute.

Chinese President Xi Jinping's visit to Saudi Arabia in December 2022 may have rattled Washington, but it simply highlighted the Arabs’ desire to diversify their foreign relations ... END_OF_DOCUMENT_TOKEN_TO_BE_REPLACED

Iran has withdrawn its participation in the Frankfurt Book Fair, accusing the event of meddling in the country's domestic affairs. Organisers have denied the accusation. By ... END_OF_DOCUMENT_TOKEN_TO_BE_REPLACED

Analyst Iyad El-Baghdadi examines the ongoing tensions between the United States and the two Gulf states – Saudi Arabia and the UAE – and their geopolitical implications in ... END_OF_DOCUMENT_TOKEN_TO_BE_REPLACED

From the Euphrates to the Mekong, dams that ensure one country's water supply risk leaving others parched. But shared water resources can be a source of peace as well as conflict ... END_OF_DOCUMENT_TOKEN_TO_BE_REPLACED

For over fifty years, British photographer Peter Sanders travelled across the Middle East and further afield, seeking out the saints of Islam. His work uncovers a little-known ... END_OF_DOCUMENT_TOKEN_TO_BE_REPLACED
Author:
Kishore Mahbubani
Date:
Mail:
Send via mail

END_OF_DOCUMENT_TOKEN_TO_BE_REPLACED
Social media
and networks
Subscribe to our
newsletter