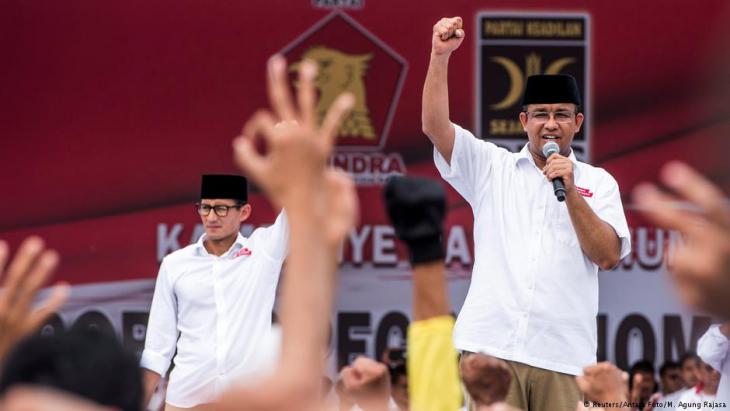 In future, Jakarta, the capital of Indonesia will be governed by a Muslim: during recent elections, the sitting Christian governor, Basuki Tjahaja Purnama, was beaten by his Muslim opponent Anies Baswedan. Christina Schott reports from Jakarta

"I honestly didn't know who to vote for," said Ivana Lee, a 32-year-old teacher in Jakarta who didn't cast a ballot. "One candidate is supported by Islamists. The other pushes the poor out. So I stayed home."

Lee has worked for years with Ciliwung Merdeka (Free Ciliwung), a community organisation in the slums along Jakarta's Ciliwung River. The organisation and 440 families were forced to relocate due to a water control project implemented under Governor Basuki Tjahaja Purnama, known as Ahok. This did nothing to improve his standing with the lower classes. "Many of us here are still waiting for the promised relocation housing," Lee said. "So they voted for Ahok's opponent."

That opponent is Anies Baswedan, the country's former education minister. With private polls handing him a resounding victory in the election, he has been declared Jakarta's next governor. Official results are expected in May.

The relocation played a minor role in the campaign, as did Ahok's anticorruption efforts and successes on infrastructure, education and health.

Ahok's religion was a more dominant factor: as a Christian belonging to a Chinese minority, many Islamic organisations viewed him unfit to govern the capital of the largest Muslim country in the world. 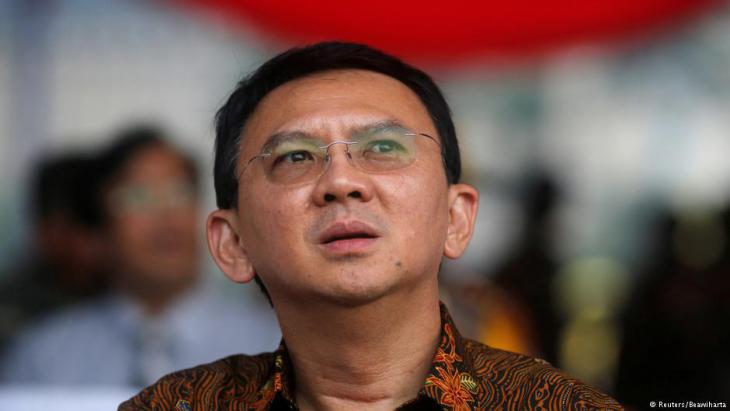 A waning political career: Purnama, known for his efforts to restore Jakarta, emerged from the first round of gubernatorial elections in February the clear favourite. During the run-off, however, the majority of those who had supported a different Muslim candidate during the first round put their weight behind the Baswedan campaign. Former Education Minister Anies Baswedan and the millionaire businessman Sandiaga Uno are seen as representing Indonesia′s economic and political elite, protectors of the status quo. During the campaign, Anies allied himself with radical Islamic forces opposed to Ahok who had supported Agus Harimurti Yudhoyono during the first round

"This election is a test of Indonesian pluralism's ability to stand up to the pressure from religious groups and populists," said Wimar Witoelar, a political analyst and campaign advisor to former President Abdurrahman Wahid, ahead of the election. Not only Jakarta, but all of "Indonesia is at a turning point."

The multiethnic state has in some ways been a model of religious tolerance. Yet since the beginning of democratisation in 1998, radical Islamic groups have asserted increasing political influence. Provinces have enacted Sharia, or Islamic law, to the detriment of religious minorities.

The Islamic Defenders Front (FPI), a radical Islamic group, carried out massive demonstrations in 2012 against Ahok for becoming the running mate to Joko Widodo in the Jakarta gubernatorial election. Widodo, known as Jokowi, went on to win. Ahok took over as governor when Jokowi was elected the country's president in 2014.

Ahok is currently on trial for blasphemy. At an event in September, he cautioned voters not to be swayed by claims that the Koran prohibits voting for non-Muslims. The statement was twisted in social media, with FPI taking to the streets of Jakarta claiming Ahok had insulted the Islamic holy book.

Opponents seized on the opportunity to bring down a then-popular governor. Anies Baswedan, a former university rector and moderate intellectual, donned more traditional Muslim clothing and courted FPI's Habib Rizieq, who has been repeatedly cited for incitement and other offences. 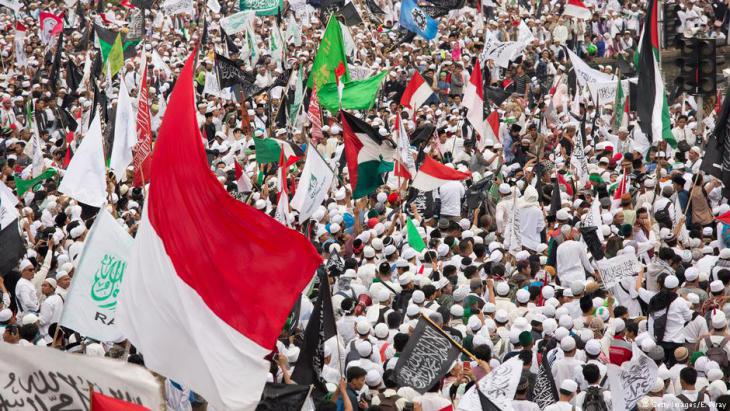 A remark with far-reaching consequences: Ahok, the former governor, was regarded by many Indonesians as straight, honest, someone who got things done. Until last autumn he seemed bound to be re-elected. Then he was heard commenting to a couple of fishermen that they should not let themselves be swayed by those quoting the Koran to prevent his re-election. The public outrage was huge. Many Muslims interpreted his remarks as being disrespectful of the Koran. The uproar played into the hands of his opponents. Half a million people took to the streets to demonstrate against him

Baswedan had supported Jokowi's bid for president and was awarded the education ministry in return. He lost his job in 2016 amid accusations of corruption.

″A risk for state government″

Jakarta's governor's race can be viewed as a bellwether of sorts for the country's next presidential election in 2019. "Baswedan's victory is a risk for the state government," said Tobias Basuki of the Centre for Strategic and International Studies in Jakarta. "He represents Gerindra, the party of Prabowo Subianto, Jokowi's rival, who presumably wants to run in 2019. Controlling Jakarta means the party can block Jokowi every step of the way."

Water buffalo and oxen have been part of the work in Indonesian fields for centuries. But the draught animals are no strangers to sport either, as can be seen in two traditional ... END_OF_DOCUMENT_TOKEN_TO_BE_REPLACED

According to the latest Reuters tally, more than 2.54 million people are now reported to have been infected by the novel coronavirus globally and 177,004 have died. As Muslims ... END_OF_DOCUMENT_TOKEN_TO_BE_REPLACED

Around the Islamic world, lockdowns and curfews are being extended and religious ceremonies are being cancelled outright in the hope of slowing the spread of COVID-19. Here’s the ... END_OF_DOCUMENT_TOKEN_TO_BE_REPLACED

While some are beginning to protest the lockdown, others are unable to bury their loved ones in accordance with Islam. Here’s the latest from across the region END_OF_DOCUMENT_TOKEN_TO_BE_REPLACED

Coronavirus continues unabated. Iran remains a hub of infection, war-torn Syria has recorded its first case and Yemen is bracing itself for the worst. Here’s the latest from ... END_OF_DOCUMENT_TOKEN_TO_BE_REPLACED

As COVID-19 sweeps across the globe, it is forcing religions to adapt and take action to prevent infection. But experts warn against using the crisis to fuel conspiracy theories. ... END_OF_DOCUMENT_TOKEN_TO_BE_REPLACED
Author:
Christina Schott
Date:
Mail:
Send via mail

END_OF_DOCUMENT_TOKEN_TO_BE_REPLACED
Social media
and networks
Subscribe to our
newsletter