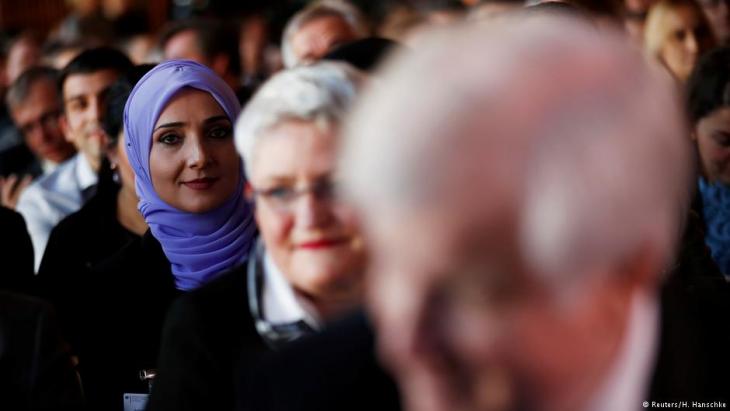 Germany's Interior Ministry has apologised for serving pork sausage at an Islam conference in Berlin last week. The "#BloodSausageGate" scandal has sparked a debate over integration and tolerance. By Chase Winter

Germany's Interior Ministry has come under fire for serving blood sausage at a national Islam conference last week, despite pork being forbidden for practicing Muslims. The issue has stirred a heated debate – one that touches on the fault line issues of integration and respect for different religions – between critics of the ministry and right-wing groups who justified the decision to serve the dish.

The ministry has defended its decision to serve the sausage consisting of pig's blood, pork and bacon at the evening buffet on Wednesday. It said the serving reflected the "religious-pluralistic composition" of the event, which brought together Muslim associations and leaders with officials from the federal and local governments.

The ministry added that there was a wide range of food at the "clearly excellent" buffet, with vegetarian, meat, fish and halal dishes available. "If individuals were still offended for religious reasons, we regret this," it said. Nonetheless, some have viewed the choice of blood sausage as a deliberate provocation by hardline Interior Minister Horst Seehofer.

In March, Seehofer caused a stir when he said in an interview that "Islam doesn't belong to Germany" and that "Germany has been shaped by Christianity," a comment he partially dialled back last week at the Islam conference.

Turkish-German journalist Tuncay Ozdamar, who first reported the "#BloodSausageGate" scandal, questioned on Twitter what message Seehofer had intended to send with the culinary decision. "A little respect for Muslims who do not eat pork would be appropriate," wrote Ozdamar, who himself claims to eat pork.

In comments published on the website Watson.de, Ozdamar said he had no objection to offering pork in schools with Muslim children because Germany is a multi-cultural country. "But if I convene an Islam conference and invite Muslims to engage in dialogue, solve the problems of religion that arise in everyday life, then I have to be a bit sensitive, tactful and respectful," he said. 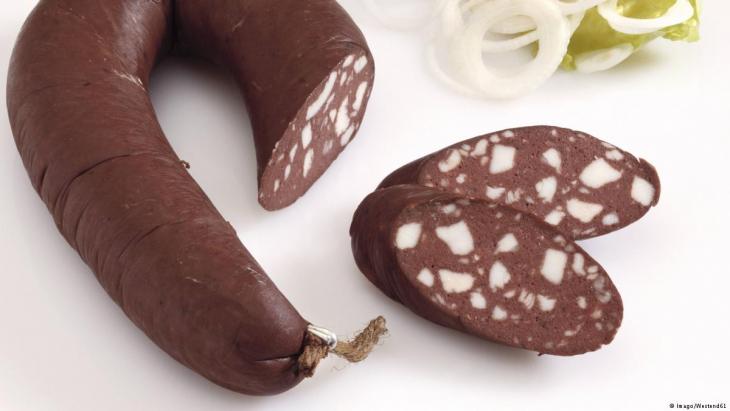 Sheer good manners: "If I convene an Islam conference and invite Muslims to engage in dialogue, solve the problems of religion that arise in everyday life, then I have to be a bit sensitive, tactful and respectful," says Turkish-German journalist Tuncay Ozdamar

Green Party politician Volker Beck also slammed the Interior Ministry, writing on Twitter that "appreciating diversity means also considering different habits." Ali Bas, a Green Party spokesman for religious issues, told Watson.de that the blood sausage was not clearly identified at the buffet, but was rather served on appetiser trays. The Interior Ministry had said the food servings were clearly marked.

Many Muslims abstain from eating meat if it is unclear whether it is halal. Blood sausage could potentially be confused with sucuk, a halal sausage widely consumed in Turkey and the Arab world.

The Interior Ministry reportedly served ham in the first year of the annual Islam Conference in 2006.

The far-right Alternative for Germany (AfD) quickly entered the discussion, accusing critics of the Interior Ministry of launching an attack on German culture.

"Tolerance starts at the point where the blood sausage is seen simply for what it is: a German delicacy that no one has to like, but that, just like our way of life, cannot be taken away from us," AfD lawmaker Alice Weidel wrote on Twitter. The post was accompanied by a picture of Weidel smiling in front of several blood sausages topped with basil leaves.

Ozcan Mutlu, a Green politician of Turkish descent, responded to the hysteria with a jab at the far-right.

"While the Twitter Nazis are fighting for the survival of the blood sausage and getting riled up over #BloodSausageGate, I'm drinking a beer at a German beer garden in Brooklyn to honour those sensible compatriots back home," he wrote on Twitter, using the hashtag "#87percent" to refer to the percentage of voters who did not back the AfD in the 2017 general election.

Iranian author Fariba Vafi is adept at describing everyday scenes and concealing within them something ambiguous, in parts strange and grotesque. She writes novels – which have ... END_OF_DOCUMENT_TOKEN_TO_BE_REPLACED

Her grandparents are Jews – born in Tunisia and Algeria. Director Cleo Cohen has now broken the silence about this with a very personal debut. By Nadine Wojcik END_OF_DOCUMENT_TOKEN_TO_BE_REPLACED

Life imprisonment for crimes against humanity: that was the sentence handed down to Anwar Raslan in the world's first trial of a member of the Syrian torture system. Matthias von ... END_OF_DOCUMENT_TOKEN_TO_BE_REPLACED

Every year in December, the team at Qantara.de takes a look back at the articles that proved most popular with our readers. This year is no different. Here is a run-down of the ... END_OF_DOCUMENT_TOKEN_TO_BE_REPLACED

With his new album, "A Voice Keeps Calling Me", the Persian santur player Kioomars Musayyebi is building bridges from Iran across the Arab world to European early music. By Stefan ... END_OF_DOCUMENT_TOKEN_TO_BE_REPLACED

Former lawyer Said Haider has invented a chatbot for those seeking advice on anti-discrimination issues – Meta is the first chatbot of its kind in the world. In conversation with ... END_OF_DOCUMENT_TOKEN_TO_BE_REPLACED
Author:
Chase Winter
Date:
Mail:
Send via mail

END_OF_DOCUMENT_TOKEN_TO_BE_REPLACED
Social media
and networks
Subscribe to our
newsletter