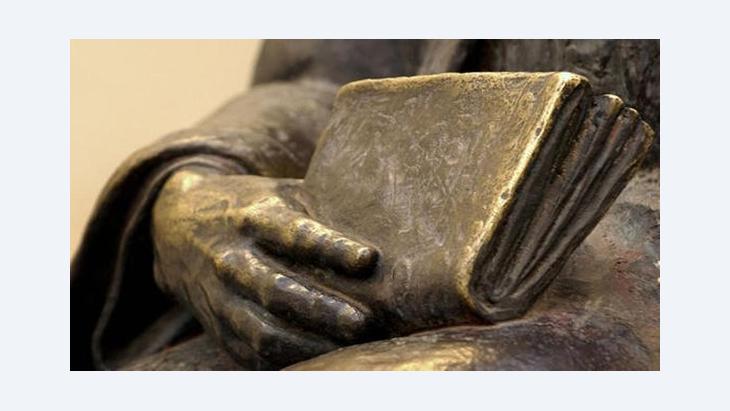 A new inter-religious research training group seeks to investigate how people began to think about religion and to determine how thinking about religion can be made into a fruitful undertaking in our modern age. Four academic institutions are working together on the post-graduate programme. By Stefan Toepfer

Do theologians belong to a kind of social university "precariat", a group with an uncertain existence and future? It's a question that springs to mind when one considers that although more attention is being paid to religion in the public sphere, "the interpretive competence of theology (theologies) and their academic character [are] increasingly being regarded as precarious." That, at least, is the view expressed in an application for a new inter-religious, post-graduate research training group that is itself intended to counter just such a development.

The group is called "Theology as a science: historical and systemic analysis of the formation processes of self-reflection in faith traditions," and is promoted by four academic institutions: the universities of Frankfurt and Mainz, the Sankt Georgen Graduate School of Philosophy and Theology in Frankfurt and the Hochschule für Jüdische Studien (College for Jewish Studies) in Heidelberg. Since April, 11 students have been receiving stipends to work on their doctorates; 12 mainly post-doctoral members are also involved.

They are all researching how theology came to be a science, an act of reflection on faith, and how it can be made plausible as such once more. One aim, say the initiators, has already been reached: "For us, the programme strengthens our position within the university," says spokesperson Claus Arnold, a Church historian in the Department of Catholic Theology at Frankfurt University. Arnold is one of 10 professors who are overseeing the work of the research students. A further 11 professors are also associated with the programme.

The inter-religious character of the group was an important aspect for its initiators. They want to show how the process of reflection on faith is a process common to all religions. "Theology is a specific way of thinking about religion; it is not dependent on a particular denomination," says Thomas Schmidt, professor of philosophy at the Department of Catholic Theology at Frankfurt University. 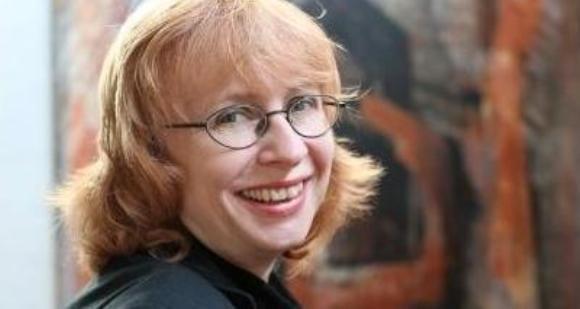 Impetus for both universities and religious communities: Hanna Liss is keen that the religious monopoly of interpretation of the Hebrew text tradition should not be left to "those who are at the best indifferent towards academic study of the traditional texts, and at worst opposed to it"

​​All the same, Christian, Jewish and Muslim theology differ in their approaches. This difference is taken into account in the new programme. The stipendiaries tend to adopt either a historical or a systematic, theological approach. The programme's aim is to show how people began to think about religion and how thinking about religion can be made into a fruitful undertaking today.

Mukkader Tuncel, for example, is working on exegesis of the Koran in the early Islamic period. Based on that, he wants to look at how the Koran could be interpreted appropriately today. Ulrike Kleinecke is studying the development of Jewish theologies of Christianity in America from 1945 to the present day. Eva Bucher is examining the relationship between Kant's religious and practical philosophy, while Ana Honnacker is looking at the relationship between faith and reason, based on a specific theory of religion. "The two are not mutually exclusive," she says.

Eight of the 11 stipendiaries are women. This is in line with the wishes of the research group’s initiators, who would like to see more female academics in theology. But there is more to this than just gender balance: "the women were generally better qualified," says Arnold. There were 28 candidates for the 11 places on the programme.

Impetus for universities and religious communities

The new programme can be expected to provide exciting impetus, not just for the significance of theology within the academic world, but also within the various faith communities. 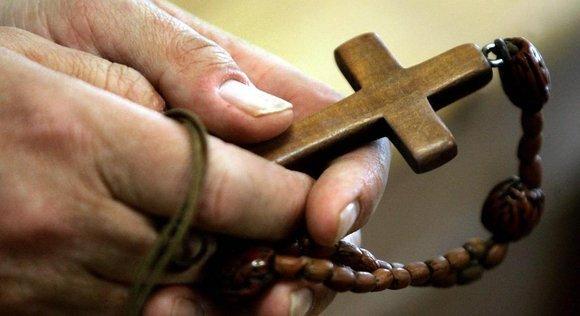 An approach common to all religions: according to Thomas Schmidt, professor of philosophy at the Department of Catholic Theology at Frankfurt University, "Theology is a specific way of thinking about religion; it is not dependent on a particular denomination"

​​For example, Hanna Liss, professor at the Heidelberg College for Jewish Studies and deputy spokesperson of the research training group, points to debates within the Jewish community. She insists that the "religious monopoly of interpretation of the Hebrew text tradition" should not be left to "those who are at the best indifferent towards academic study of the traditional texts, and at worst opposed to it." Disputes over how theology views faith traditions can also be found in Christianity and Islam.

The research training group, which includes several seminars and two summer schools (in Istanbul and Jerusalem), would like to contribute "to the establishment of Muslim theology in the German academic context." In this aim it has an important partner in the Institute for the Study of the Culture and Religion of Islam at Frankfurt University and its director, Ömer Özsoy.

As far as Jewish Studies are concerned, the research training group can call not only on Professor Liss, but also on Christian Wiese, the Martin Buber Professor of Jewish religious philosophy at Frankfurt. Mechthild Dreyer and Rainer Berndt of Mainz University and the Sankt Georgen Graduate School of Philosophy and Theology respectively will strengthen competence in the field of the philosophy and theology of the Middle Ages.

The programme is financed by the German Research Foundation, with €1.5 million being made available for the first four years. Its support may be extended to nine years, which would mean that three intakes of young academics could profit from the Foundation's involvement. Stipends are awarded for three years.

The research training group's first public event will take place on 15 November. The writer Navid Kermani will be a guest at this event.

Translated from the German by Michael Lawton.

The New Patrons seek to sponsor art projects initiated by citizens in order to better dovetail art and life. Anyone can become their client. In Berlin, the impressive comic " ... END_OF_DOCUMENT_TOKEN_TO_BE_REPLACED

Since 2015 there has been a surge of interest in Syrian writing in German translation. In this series of interviews, writers, poets, publishers, and artists in Berlin talk about ... END_OF_DOCUMENT_TOKEN_TO_BE_REPLACED

Tents, mud and cold: refugees contend with miserable conditions in Bosnia & Herzegovina. With the European Union demanding that Bosnia accommodate the asylum-seekers, its ... END_OF_DOCUMENT_TOKEN_TO_BE_REPLACED

Last year was one of a kind. 2020 saw the rapid spread of the coronavirus pandemic, putting a stop to the hajj. Though peace in the Middle East remains a pipedream, there was ... END_OF_DOCUMENT_TOKEN_TO_BE_REPLACED

When news broke that a vaccine against COVID-19 developed by a Turkish-born couple in Germany had promising results, many media reports placed the ethnic background of these ... END_OF_DOCUMENT_TOKEN_TO_BE_REPLACED

A German IT company has started an academy to train Palestinians in software development. Despite the pandemic's challenges, it has managed to run its first boot camp in Ramallah ... END_OF_DOCUMENT_TOKEN_TO_BE_REPLACED

Christianity merging with other 'religions

I will keep it short,Christ is not a Religion and so mentioning Christianity in the same scope as the other religions,in my opinion,cannot be TRUTHFULLY done. The neo-christian wants for all people of differing faiths to get along in the world.Islam and any other truly followed religion such as materialism and pantheism,Mormonism and all the rest cannot "blend" with true Christianity as it all revolves around the Messiah. That is like telling an alcoholic to take a drink,it won't harm you. Taking all other faiths and 'lumping' them together,diminishes what REAL Christians believe,that Jesus is THE only answer.We can still get along and don't need a production described in the article to do it.

Has everyone--including the Christian professors--forgotten about the Jesuit Thomas Aquinas's books trying to prove just that--it's a science or that it uses reason to prove the existence of God??? If so, you need to go back and use his conclusion as a point of reference or has he missed something with his 12 books over 15-20 years of study? He had to admit that God and therefore religion of any sort is based on faith and faith alone. There is nothing wrong basically with it being on faith alone simply because much of what is believed to be good or bad in material items (steel, apples,dams etc) were believed by many from faith since we don't have the time or means to prove it inductively each time. The "god-particle" that just came out last week is based on science but for most people, scientists and populace, it is believed on faith that the theory they had must be true. It can always be changed if scientists find that something else caused it.

Reason and faith are opposite facets of thinking in life but they are still used for both religion (theology) and science. Use Thomas as one of your references, not just the philosophers of the 20th century.

END_OF_DOCUMENT_TOKEN_TO_BE_REPLACED
Social media
and networks
Subscribe to our
newsletter