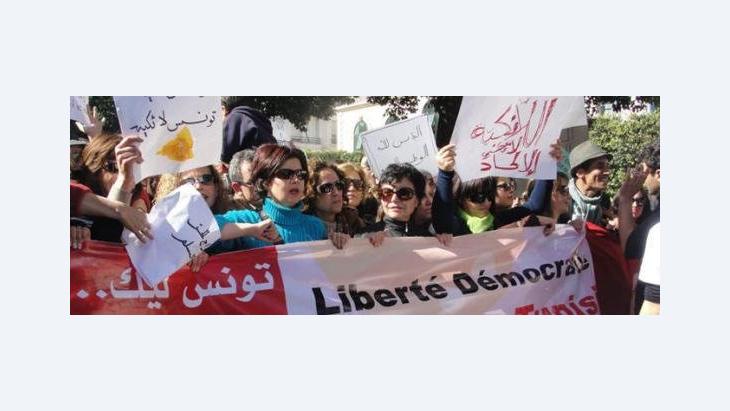 ﻿Artists of all types have played important roles in the uprising that have swept across the Arab World. From its offices in Cairo, Alexandria and Tunis, Germany's Goethe Institute has been close to the action. The institute's President Klaus-Dieter Lehmann tells Aya Bach what the Arab Spring revolutions mean for Germany's foreign cultural policy

The Arab world is in a state of massive change and the effects are being seen in the cultural world. What can the Goethe Institute do to support the process?

Klaus-Dieter Lehmann: It has been surprising for all of us to see how large of a role culture actors and artists have played in the revolutions in Egypt and Tunisia. You see street theater, singers, painters and dancers on Tahrir Square, which is about 50 meters from the Goethe Institute. Many of these people have come to see us in the Goethe Institute because we have set up a "Tahrir Lounge". 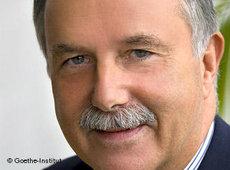 The Goethe Institute has a good reputation among artists, Lehmann said

​​All we really did was set up a room, but a lot of artists quickly found out about it because they had known the Goethe Institute because they were visitors or learned languages there. The space is used to discuss the new era's culture – it's an open space and a place for debate. We have brought employees from the Federal Commissioner for the Stasi Archives to Cairo because they have experience dealing with state secret services. That's when people can talk about how to deal with secret files and hear about how Germany dealt with the issue. Our work encompasses everything from cultural to sociopolitical issues.

What can the Goethe Institute do without getting itself too involved in the political arena?

Lehmann: I think we create an important role for ourselves by addressing education needs. That means making it possible for people to learn German so they have a chance of coming to Germany. We also put them in contact with German cultural actors, artists and filmmakers – the people who can help them use their own talents and their own skills. Another possibility is to support the publishing sector, which had been run by the state.

The Goethe Institute has been active in the region for many years. Has that helped artists there network internationally?

Lehmann: That has only been partially successful because the state's repressive policies did not make it easy to access the rest of the world. We have always tried to make an international exchange of ideas possible, and now, in fact, I think that it could become much easier to do so. But one thing is clear: these countries are driven by their young people, by cultural activities and by the Internet. This is something we've seen in our blogs. One is called "Transit" and helps the people who want change but are geographically scattered to find each other. Bloggers have been very important in all of these developments.

In addition to building international networks, supporting local artistic and cultural life is also traditionally important for the Goethe Institute. What local partners have you counted on during the recent uprisings? 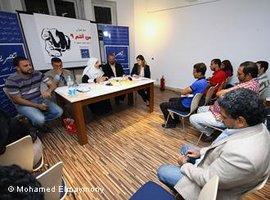 ​​Lehmann: We've been working with individual people. There are few structural relationships, which is a weakness at the moment. It's wonderful working with individuals, but we also have to find organizational ways of connecting, expanding and improving things. We're currently interested in finding ways of getting artists to form new groups and associations. There is a lot of interest right now. But it will at some point eventually be exhausted and lose some of its focus. That is why we are working on setting examples of how organizations can be developed. We are not talking about the content itself. It is about providing support that ranges from topics like dealing with conflicts to equal rights to the constitution.

Many artists in the region feel their own governments are being called on to support culture and the arts. Does that mean that the Goethe Institute may have to pull back from some of the work it does?

Lehmann: That is a difficult question. I think artists expect that we remain available. I think that they are consciously breaking out of their tight corset and want to be able to see what's going on elsewhere. There is a reason that many well-educated people are leaving the country at the moment. We are actually there to encourage people to stay in the country. If this exodus continues, the country's situation will become hopeless. There won't be an elite, and that's what they need. Without economic development, a new cultural self-image is not enough to create a better world.

Political analyst Taqadum al-Khatib argues that Egypt can, in co-ordination with its European partners, develop a common vision to solve the complex conflict in Libya. For this to ... END_OF_DOCUMENT_TOKEN_TO_BE_REPLACED

The upheavals of the past year in the MENA region are arguably as momentous as those of the Arab Spring in 2011. Yet perhaps the biggest difference is that our interest seems to ... END_OF_DOCUMENT_TOKEN_TO_BE_REPLACED

In 2019, the long-running Penguin Classics series released its first novel translated from Arabic: Tawfiq al-Hakim’s "Return of the Spirit", conveyed into English by William ... END_OF_DOCUMENT_TOKEN_TO_BE_REPLACED

Equality in divorce, a ban on polygamy: reformers of Islamic family law have a clear agenda. They are exploiting the ambiguity of traditional jurisprudence. By Joseph Croitoru END_OF_DOCUMENT_TOKEN_TO_BE_REPLACED