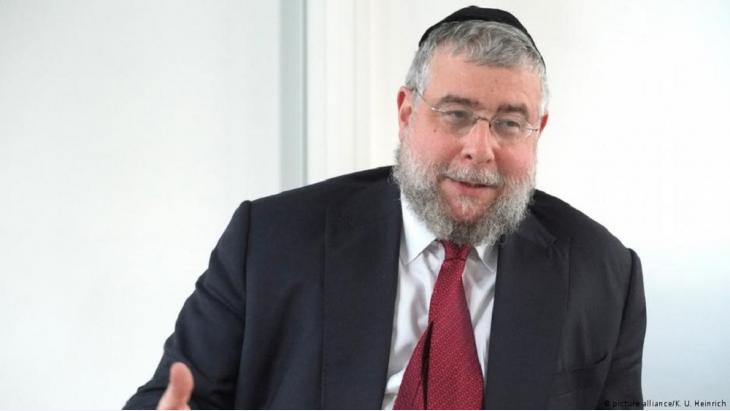 People these days are seeking orientation in a rapidly changing world. In response, all religions – each unique in their customs and traditions – need to pull together, says Chief Rabbi Pinchas Goldschmidt

These are tumultuous times – the waves of pandemic, global warming and migration are high and far-reaching. Most importantly: they are all permanent. COVID-19 isn't going away anytime soon, and neither are the pressures of migration. And we, whose comfort zone has already become somewhat less comfortable, must learn to live with both the pandemic and the new arrivals.

Of course, it is inaccurate to compare the pandemic with immigrants. The former is a serious disease and the latter are good people seeking a better life. They have only one thing in common: both come in spurts.

While we are busy with 3G rules and vaccinations, the next major migrant group – this time via Belarus – is already making its way to Europe.

The choice between Third World and third shot

Much has been written about the understandable motives of immigrants. No one abandons their homeland, the landscape of family and childhood, lightly. But when not only a few, but masses do so, their reality has obviously become unbearable. The old motherlands are plagued by war, corruption, oppression and violence. That makes it hard to resist the pull of freedom, dreams and hopes. And in the end, the choice between the Third World and a third corona shot is an easy one. 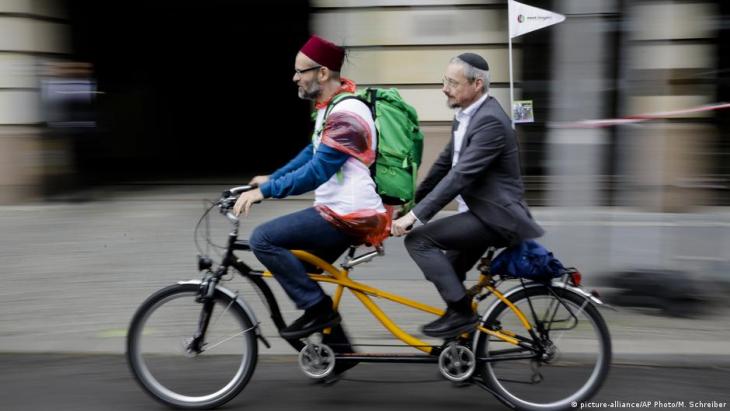 Tandem tour against hate: rabbis and imams, accompanied by police and media, jointly set an example against violence, bullying and incitement towards Jews and Muslims with their bicycle demonstration in Berlin in June 2018

As clear as the migrants' motivation may be – what of ours? Do we, the lucky ones born in the hemisphere of compassion, know what we desire and what we must do? Political populism, as usual, offers easy solutions: lock up everything and everyone! Hopefully, this human abomination will somehow disappear on its own. Their politicians will talk about a "Europe for Europeans", the racists among them will preach "white supremacy", many will spread fear of the "blacks" and "southerners" who want to grab our "wives and daughters". Finally, brainwashed thugs will be incited to commit new atrocities.

Is this approach likely to keep migrants away from the shores on which their hopes are pinned? Probably not, but it will undoubtedly leave another scar of violence and racism on the psyche of the West, which has not yet fully recovered from the atrocities and injustices of the past.

Farewell to monolithic ways of life

There is another way: if we comprehensively mobilise civil society, religious and private sectors to form a partnership for a better world. Humanity needs more sustainable policies – it is busy today with environmental issues, in the fight against global warming or for more sensitivity to the needs of the LGBT community, women, or the helpless among us.

Now more than ever, the world needs a global welfare policy: absolute attention to the quality of water, air, sustainability, as well as the uniqueness of every human being. In addition, fair wages and good healthcare in all three worlds – First, Second and Third.

And we in the West must understand that our way of life will never again be monolithic. We no longer live in societies where everyone is like us and we are like everyone else. Our world and that of our children is very diverse and offers a different, surprising cultural richness that we have never had before. Migrants are a blessing. Migrants have always driven the societies in which they found their new roots – from the biblical Joseph in Egypt to U.S. Vice President Kamala Harris in the White House. Millions of second-generation people everywhere are making their own progress and creating more progress as a result. 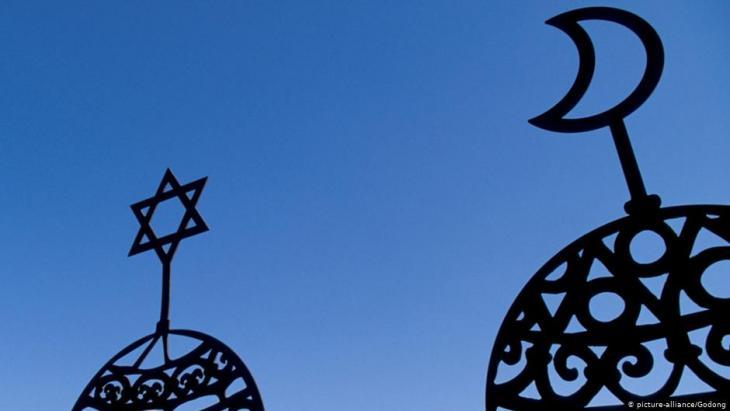 Christians, Jews and Muslims live in Europe. This results in a common responsibility for society. "It is time for priests, rabbis and imams to offer the West in general and Europe in particular a functioning model of freedom, faith and security," says Chief Rabbi Pinchas Goldschmidt

Yet none of this happens by itself. It can either be the result of bitter struggle or of pre-planned, responsible and value-oriented policies. Religious communities have a special role to play here. And, of course, interfaith dialogue. Many are deeply afraid of the growing power of Islam. So let's be honest: the West is essentially based on an operating system that is Christian in origin, but largely secular. It no longer has the wherewithal to deal publicly with challenges of a religious, let alone non-Christian, nature.

Now is the age of clergy and spiritual women and men. The faith communities cannot afford to stand on the sidelines, indifferent and uninvolved. They must offer new models of common existence. Not only between people of different faiths and origins, but alsoat a fundamental  quite fundamentally between religions and their believers on the one hand and the state and its laws on the other.

Let us not be driven into the conflicts that so many expect. Church, mosque, synagogue, in interaction with secular parliaments, must create common and at the same time shared spaces. For those who want to respect and preserve both the values of liberal democracies and religious traditions and customs.

It is time for priests, rabbis and imams to offer the West in general and Europe in particular a working model of freedom, faith and security.

Chief Rabbi Pinchas Goldschmidt is president of the Conference of European Rabbis (CER) and initiator of the newly founded Institute of Freedom of Faith and Security in Europe (IFFSE).

Jewish-Muslim dialogue: Rabbis and imams together

Migrants and the EU: Is Europe ready for a post-COVID migration wave?

Interreligious dialogue: Like a UN General Assembly of religions

Since returning to power in Afghanistan, the Taliban have steadily eroded the rights and opportunities of women and girls, particularly their access to education. But Afghans are ... END_OF_DOCUMENT_TOKEN_TO_BE_REPLACED

The book "The Invention of the Maghreb: between Africa and the Middle East" prompts us to review basic terminology. This includes terms that we use almost every day as if they are ... END_OF_DOCUMENT_TOKEN_TO_BE_REPLACED

Tunisia has been going through a severe economic and political crisis in recent years. More than one in three young people there are unemployed. For many skilled, qualified and ... END_OF_DOCUMENT_TOKEN_TO_BE_REPLACED

At the end of every year, the team at Qantara.de gives you a run-down of the ten most-read articles on the site over the past 12 months. Here is a quick overview of the stories ... END_OF_DOCUMENT_TOKEN_TO_BE_REPLACED

The government in the Netherlands, one of the last European nations to abolish slavery, has made an historic apology. But some feel that there is still a long way to go. By Ella ... END_OF_DOCUMENT_TOKEN_TO_BE_REPLACED

To celebrate the bicentenary of the deciphering of the Rosetta Stone, the British Museum is running an exhibition entitled "Hieroglyphs: unlocking ancient Egypt" until February ... END_OF_DOCUMENT_TOKEN_TO_BE_REPLACED
Author:
Pinchas Goldschmidt
Date:
Mail:
Send via mail

END_OF_DOCUMENT_TOKEN_TO_BE_REPLACED
Social media
and networks
Subscribe to our
newsletter