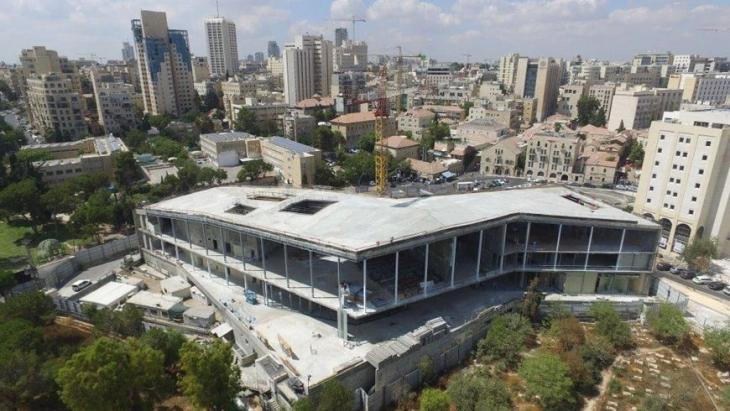 Interfaith initiatives from Morocco to Jerusalem

Landscape architecture is a field that grapples with social inequality and spatial complexity – two characteristics that Jerusalem embodies. Sarah Turkenicz compares the Museum of Tolerance in Jerusalem with the Akrich tree nursery in Morocco and argues for a more sympathetic design approach when dealing with interfaith relations

The Museum of Tolerance (MOT) is located at the heart of modern Jerusalem on Hillel Street, a vibrant area that is at the intersection of the expansive Independence Park and the urban city centre. The building is intended to host a variety of different activities: exhibition spaces, an education centre, a theatre, and includes numerous restaurants, cafes and shops.

As a student walking by this site on my daily commute, I began to question. Who is this building for? Tolerance for whom and in what capacity? And more pressingly – why here? My apartment overlooked the ancient Muslim cemetery that dates back to the 7th century, known as Mamilla (Ma′man Allah in Arabic) – the location chosen by the Simon Wiesenthal Center to site their architectural project for tolerance.

According to the project′s chief excavator, Gideon Suleimani, 400 graves containing human remains buried according to Muslim tradition were exhumed or exposed during excavations on the museum site, many dating back to the 12th century. Another 2000 graves remain under the new structure, the lowest layer dating back to the 11th century. Apart from the burial ground′s general historical significance, it also marked the final resting place of a number of prominent Muslim warriors and scholars. 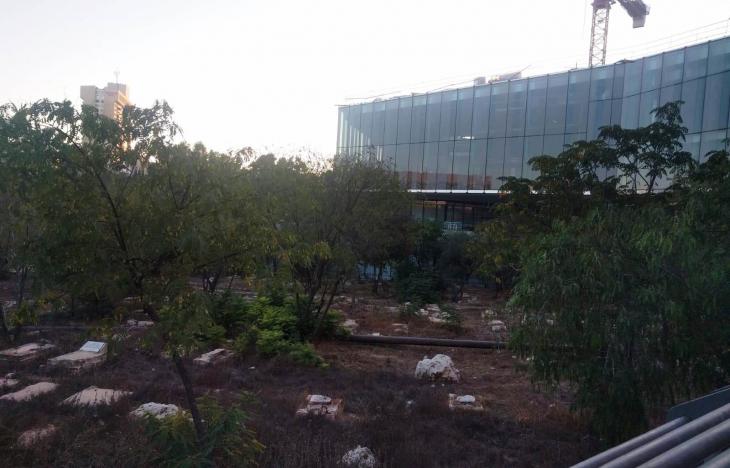 An "act of colonialism": for all its good intentions, many Palestinians, not to mention the Muslim religious authorities, consider the Museum of Tolerance Jerusalem to be merely part of a larger strategy aimed at physically and culturally removing Palestine from Jerusalem. So how could the situation be alleviated?

With museums often encapsulating history in countries that are post-conflict, how does this design play out in the milieu of Israel, where conflict is ongoing and ever-evolving, and narratives are notoriously complex and contradictory?

MOTJ is surrounded by acres of green space and Muslim heritage, yet this was overlooked in favour of the prestigious building project. Planning permission was granted to the Museum of Tolerance, yet, ironically, it has had the effect of silencing the very people with whom it was hoping to build bridges.

From Syrian war crimes to U.S. hypocrisy in the Julian Assange case, the global "erosion of human rights standards" is of critical concern, UN Special Rapporteur on Torture Nils ... END_OF_DOCUMENT_TOKEN_TO_BE_REPLACED

Turkey is the second-largest exporter of TV series in the world, boasting a growing presence on international screens from Pakistan to Chile. The "dizis" offer audiences an ... END_OF_DOCUMENT_TOKEN_TO_BE_REPLACED

There were signs of a return to something akin to normality at the weekend as mosques in Saudi Arabia and the Al-Aqsa mosque in Jerusalem re-opened for the first time since COVID- ... END_OF_DOCUMENT_TOKEN_TO_BE_REPLACED

Jordan is not only waging a vigorous battle against coronavirus, but also against the Middle East peace plan proposed by U.S. President Donald Trump. By Birgit Svensson END_OF_DOCUMENT_TOKEN_TO_BE_REPLACED

The anti-Israeli Quds Day did not take place this year – a first both for Iran and Lebanon's Hezbollah. While Hezbollah leader Nasrallah sees his organisation in a state of siege ... END_OF_DOCUMENT_TOKEN_TO_BE_REPLACED

The corona crisis has led to an upswing for the Palestinian textile industry, but has done little to relieve the dire straits in the territories. Without international support, ... END_OF_DOCUMENT_TOKEN_TO_BE_REPLACED
Author:
Sarah Turkenicz
Date:
Mail:
Send via mail

END_OF_DOCUMENT_TOKEN_TO_BE_REPLACED
Social media
and networks
Subscribe to our
newsletter