International Festival of Sacred Music in Fes
From Mystery to Revelation

The Festival of Sacred Music has been held in the city of Fes since 1994. This year for the first time, the programme of Islamic, Jewish and Christian music has been widened to include Buddhist, Hindu and animist songs. Detlef Langer was there 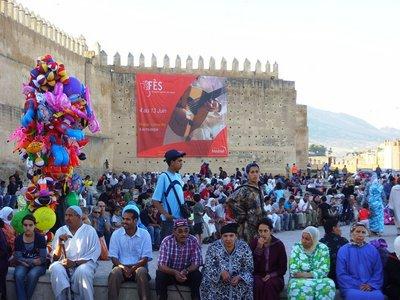 The festival Musiques Sacrées du Monde in Fez took place for the 16th time: this year's festival theme was "Journey of Initiation: from mystery to revelation"

​​ The sounds resonate for a long time to come, and frequently nudge the memory: the muffled King drums from Burundi, the sharp vocal acrobatics of the Tunisian musician Dhafer Youssef, or the rhythmically swaying Sufi brotherhoods issuing beseeching calls to God. The 16th festival of Musiques Sacrées du Monde took place in Fes, for a week until June 12th, in the palaces, gardens and squares of the ancient Moroccan royal city.

When political tensions between the West and the Islamic world were heightened following the first Gulf War, Muslim intellectual Faouzi Skali was concerned about keeping the lines of communication open. His response was to initiate this festival of religious and spiritual music from all over the world.

"I wanted to create a space where people could meet and discover the beauty of every religion and culture," he says. "There is a huge wealth of spiritual tradition that we are familiar with and that we should preserve. We and also the next generation needs it, otherwise we will have a world without a soul."

The spirit of worldliness

Festival founder Skali sees the Sufi traditions of Islam in Morocco at the core of this musical encounter in Fes. But the event is also defined by a spirit of worldliness that has shaped the history of this city and which continues to work its magic to this day. 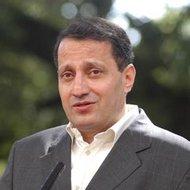 ​​ In the Middle Ages, Fes was a favoured haunt of global greats such as the Aristotle commentator Ibn Rushd, known as Averroes, the Jewish philosopher Maimonides, the mystic Ibn Arabi and the cartographer Al Idrissi. It was in Fes that Ibn Battuta dictated to the poet Ibn Juzayy, in accordance with the wishes of the Moroccan Sultan, the wonderful recollections of his journey around the world ("Rihla").

And so the predominant tenor of this year's gathering was in perfect harmony with the prevailing mood of this city. The festival theme was: "The journey as initiation. From mystery to revelation." The organisers aimed to capture the spiritual dimension of travel, and receptiveness to other countries, customs and religious world views: for the first time, apart from the sacred music of the three monotheistic religions, the music of Buddhism, Hinduism and animism was also performed in Fes.

In the afternoons, musicians gathered under the glimmering leaves of the mighty oak in the gardens of the Batha Museum, and it was always particularly impressive to experience this encounter between diverse musical traditions. 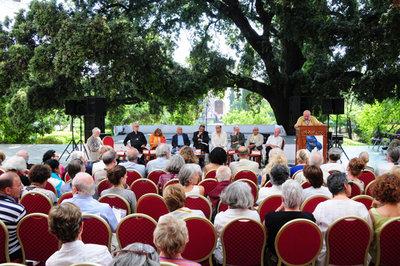 Travel in writings: The festival not only featured concerts in the gardens of the Batha Museum, but also talks and lectures

​​ For example, the joint concert performed by the Constantinople Ensemble with the Barbara Furtuna Choir. In the Constantinople Ensemble, brothers Kiya and Ziya Tabassian uphold Persian musical tradition on the zitar and the tombak. The Barbara Furtuna Choir on the other hand is a male voice quartet that had the crowd in raptures with its polyphonic Corsican song and blend of spiritual and folk-style music.

On other days, festival audiences were treated to the poetic, ecstatic song of the Bengali Bauls from northern India, Jewish lute music from Baghdad and the animist-ritual art of "gwoka" drum music from Guadeloupe in the Caribbean in inspiring combination with US jazz musicians David Murray and Archie Shepp. For a week, the courtyard of this former vizier's palace was well and truly open to the outside world.

A multi-cultural feast for the elite

Another festival venue had been set up in front of the Bab Al Makina, an entrance to the Royal Palace. The wife of King Mohamed VI, who was herself born in Fes, and her sister, resided here during the festival. Clearly the reason why all evening events at this location were set apart from the rest with a huge police presence and beefy ticket controllers. In fact, the high ticket prices, around 30 euros (38 US dollar) for one concert, were enough to ensure that the events could be enjoyed "in the best company" – together with the cultural tourists jetting in from Europe.

As the gentle evening breeze wafted over the battlements of the palace walls, the Cambodian Royal Ballet performed on the stage in front of the large portal, conjuring up the mythical Apsara with gracious movements. And the Catalan musician Jordi Savall eulogised the multi-cultural heritage of Jerusalem with Jewish, Arab and Christian music. 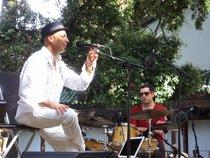 ​​ For the "common folk", festival planners organised a Festival in the City for the ninth time, for free and on public squares. This festival was held in the city's modern district, on the Ait Skato square, but also near the old city in front of the famous Bab Boujiloud. A few of the highlights from the official programme were also presented here, for example the afore-mentioned drummers from Burundi, but the selection is generally is more popular and modern here. It also includes Moroccan hip-hop and Moroccan pop stars such as Abdelaziz Stati, who drew 40,000 fans to his concert alone.

"These performances," says the man responsible for the Festival in the City, Zineb Mrabet "are aimed at building a bridge to the people of the city, to the people who cannot go to the Bab Makina."

On the other hand, the "Sufi Nights" in the gardens of the old city palace Dar Tazi, which are also free, have more to do with the original concept of creating a space for spiritual music. It was here every evening after the big concerts that Moroccan Sufi brotherhoods – and sisterhoods – performed and joined together in ecstatic rhythms and songs with the audience, most of whom were Moroccan.

The enthusiasm was a direct demonstration of just how large the intellectual and spiritual influence of these Islamic brotherhoods is, even in contemporary Morocco. They are also known as Tarika – people who are travelling together on the same road to God. 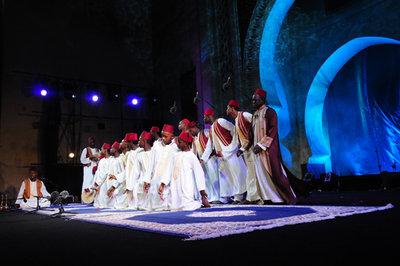 ​​ But what was originally conceived by initiator Fauozi Skali as the core element of the festival, has actually become more of a niche event due to its positioning on the sidelines of what is increasingly becoming a music event on the cultural tourism trail. No wonder then that from 2007, Skali founded a separate Festival of Sufi Culture in Fes, focussed solely on international Sufi culture. This year marked the fourth such festival, which also takes place at the Batha Museum, and several weeks previously, from April 17th to 24th.

This Sufi route to spiritual experience with the help of ecstatic music and dance may seem above all exotic to European music lovers, and for some Christian churchgoers also strange. But Christianity is also familiar with the Pentecostal Church, and gospel song. And it should also make us stop and think when musicologists point out the fact that Europe also had a period of "Sufi" influenced music and song culture, before it was suppressed by the Roman Catholic church hierarchy: the culture of the troubadours and their minnesang.

Perhaps it is exactly this realisation of our own cultural loss that makes Sufism so appealing to us, the European cultural tourists.

In addition, this festival developed another sort of attraction, which unfolded during the Night of the Medina, when festival visitors were invited to take part in a "journey" by night through the streets of the old city of the Fes, to listen to oriental sounds emanating from in a variety of hidden houses. Although by day these streets were seething with jostling crowds, and full of noises from the various shops, now they were replete with shadows and mysteries, with whispering residents, and police officers beneath street lamps showing the way.

So alongside the hum of activity there were also moments of reflection and contemplation that rounded off this festival of tolerance in elegant fashion. The organisers in Fes have succeeded in giving Morocco an event that builds cultural and musical bridges and celebrates the diversity and commonalities of sacred musical traditions on a high level.

END_OF_DOCUMENT_TOKEN_TO_BE_REPLACED
Social media
and networks
Subscribe to our
newsletter