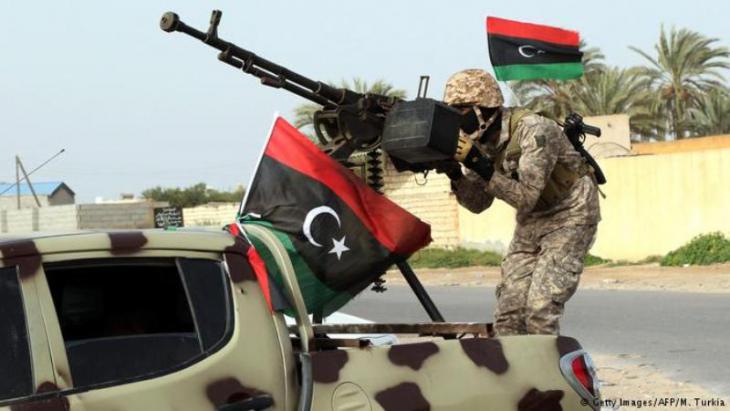 Internecine struggles
Libyaʹs free for all

Libya is today the scene of political chaos that is difficult to fathom from the outside. Two governments, one in the west and one in the east, are fighting for supremacy. And even within the power blocs there are military conflicts between the different militias. By Karim El-Gawhary

IS may have lost its Libyan territory, yet it is anything but certain whether the jihadists will soon be a thing of the past. And Europe's only concern when it comes to Libya is how to prevent refugees and migrants from departing from the Libyan coast and heading for Europe.

Libya is above all one thing: a disintegrating state in which two blocs are struggling to gain the upper hand: the government in Tripoli, in the western part of the country, recognised by the UN, and a self-proclaimed government under General Khalifa Haftar in eastern Benghazi.

"Libya today has two primary characteristics. It is experiencing a civil war and the collapse of the state," notes Libyan political expert Emadeddin Badi in an interview with Qantara.de, summarising the situation. "We have two governments. But neither has managed to gain control over the whole territory, or to exercise a monopoly on state power. One of the governments, based in Tripoli, has international legitimacy through the UN. But now they are being challenged internally, within the area that they supposedly control," says Badi, referring here to the fights among various militias within Tripoli in the past several weeks.

Get rid of one Gaddafi – and ten appear in his place

"We got rid of one Gaddafi and got ten Gaddafis in his place," wrote a frustrated Libyan woman on Twitter recently. For 40 years people in Libya expected something from a person, namely Gaddafi, and not from a state, Badi says. "Many people are now drawing parallels between what it was like before and what it is like today, because they are dissatisfied with the outcome of the revolution. What they don't realise is that we are still living under the same system that Gaddafi created, because nobody has ever changed it," he explains. 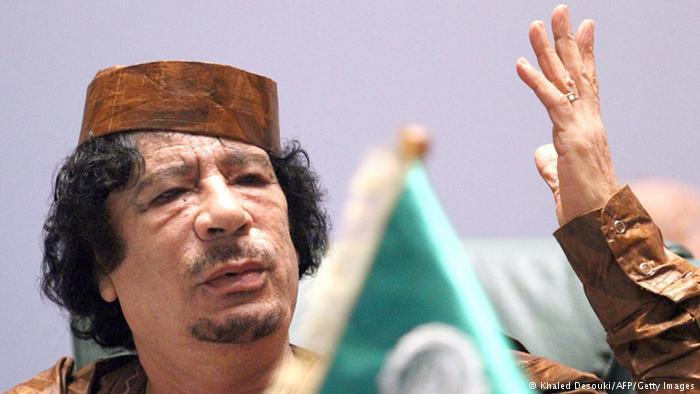 One, two, many Gaddafis...: "Many people are now drawing parallels between what it was like before and what it is like today because they are dissatisfied with the outcome of the revolution. What they don't realise is that we are still living under the same system that Gaddafi created because nobody has changed it," says Libyan expert Emadeddin Badi

A way out will be hard to find, Badi continues. "The problem is that the political leaders in the country are trying to shut each other out through their policies. And that makes it difficult to bring them all together at one table."

Foreign powers including Egypt, Qatar, the United Arab Emirates are involved in the Libyan conflict. Yet Russia and the Europeans have also contributed their share to this situation, because the local conflicts in Libya are being exploited by powers outside the country for their own ends. "Everyone supports the armed group they believe will further their own influence in Libya. And the countries have divergent ideas as to how Libya can be stabilised and what it should look like in the end," notes Badi, who has been enlisted by the Carnegie Foundation to analyse the situation in Libya. "So everyone is pursuing their own interests instead of pulling together towards a common goal," he says.

Arab youth express their hopes and wishes for the New Year, spanning everything from civil and political rights, to education, to arts and culture. By Rafiah Al Talei END_OF_DOCUMENT_TOKEN_TO_BE_REPLACED

Ankara is seeking to improve its relations with several states in the Middle East – such as the United Arab Emirates, Egypt and Israel. There are several reasons for this. ... END_OF_DOCUMENT_TOKEN_TO_BE_REPLACED

Despite Syria's lengthy civil war, dictator Bashar al-Assad is now being courted by many governments in the Middle East as if nothing ever happened. The reasons for this vary. By ... END_OF_DOCUMENT_TOKEN_TO_BE_REPLACED

Racism exists in the Arab world. People with dark skin are discriminated against and often see their rights curtailed. Activists have had enough of such treatment and are starting ... END_OF_DOCUMENT_TOKEN_TO_BE_REPLACED

Unauthorised immigration to Europe went down at the peak of the pandemic. As EU countries re-open, migrant flows are back up. What does it mean for the EU – and for migrants? By ... END_OF_DOCUMENT_TOKEN_TO_BE_REPLACED
Author:
Karim El-Gawhary
Date:
Mail:
Send via mail

END_OF_DOCUMENT_TOKEN_TO_BE_REPLACED
Social media
and networks
Subscribe to our
newsletter