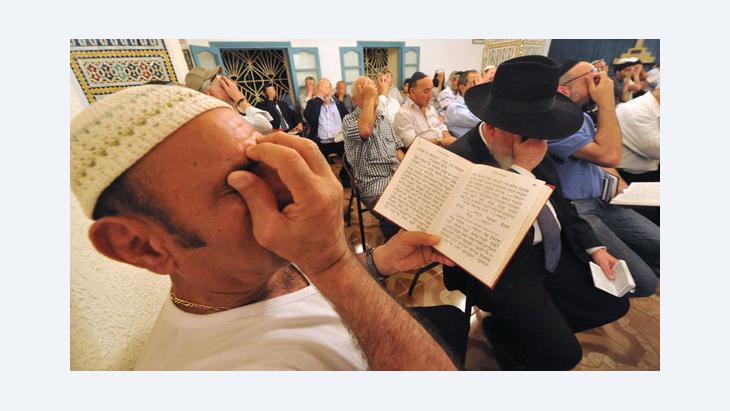 Before the founding of the state of Israel in 1948, about a quarter of a million Jews lived in Morocco. In the 1950s and 1960s, many emigrated to the new Jewish state, leaving a diminished Jewish community behind. Hind Al-Subai Al-Idrisi takes a closer look at interreligious dialogue in Morocco, a predominantly Muslim country that is now ruled by a moderate Islamist party

Like several countries in the Middle East, Morocco witnessed a popular movement that fell short of a revolution. But citizen demand for government reform did lead to a number of changes. These changes included a referendum on a new constitution, limiting the Moroccan monarch's authority, as well as elections, which led to a victory for the Justice and Development Party, an Islamic political party.

While many people feared an Islamic political party might not respect the faiths of non-Muslim nationals, Morocco is showing its commitment to the promotion of co-existence between Moroccans of different faiths under the Justice and Development Party.

Morocco is considered one of the most stable countries of the region, with more or less peaceful co-existence between the various religions and cultures that make up the Moroccan social fabric. As a testament to this, the city of Fez, classified by UNESCO as part of the global human heritage, held a significant event on 13 February 2013: the inauguration of the newly renovated Fez Prayer Synagogue. 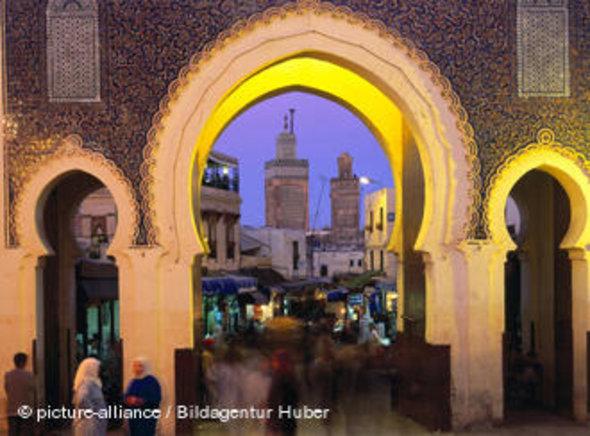 Looking into the Medina in Fez: the restored Slat-al-Fassiyene synagogue in Fez is situated in the Mellah, the Jewish quarter of the Medina, the old quarter of Fez

The celebration was headed by Morocco's prime minister and leader of the Justice and Development Party, Abdelilah Benkirane. He pointed out that: "The event underscores the identity of Morocco as a land for peace, tolerance and peaceful co-existence between followers of all divine religions and is a lesson for the 21st century, which Morocco sends to all the world."

The Fez Prayer Synagogue is one of the oldest Jewish synagogues in the city. It was built in the seventeenth Century in the Mallah district of the Old City and is considered a historical landmark for Jewish Moroccan culture. The synagogue has played an important role in the religious life of the Jewish community, whose members were once 30,000 strong and are today estimated to be between 3,000 and 7,000.

﻿While most Jews left Morocco after the state of Israel was established, the Moroccan monarch gave a message during the inauguration ceremony of the Fez Prayer Synagogue to remaining rabbis and representatives of the Jewish community in Morocco in which he called for the renovation of other synagogues in Moroccan cities. Not only is this effort re-establishing these building as places of worship, it also creates spaces for intercultural dialogue.

Within this context, Morocco is also witnessing other interfaith events encouraged by the King and the Justice and Development party. The latest example was an event called "Interfaith Co-existence and Dialogue in Morocco," which was a meeting of three religious leaders from three separate religious communities: the head of the Moroccan Catholic Church, the Jewish community leader in Morocco and the chief of the local Scientific Council of Anfa, a district in Casablanca. It took place on 31 January in Casablanca's Siqala Square. 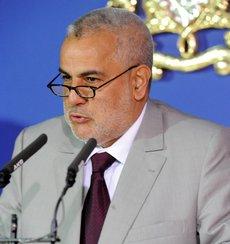 The celebration marking the opening of the restored synagogue, which has in the past been used as a carpet workshop and a gym, was led by Morocco's prime minister and leader of the Justice and Development Party, Abdelilah Benkirane, who read out a message from King Mohammed VI

The leaders sat at the same table to talk about interfaith co-existence in the country and took questions on the subject. They were joined by a number of young Moroccans of various religious orientations. The young people asked them many questions about the three Abrahamic religions, which were answered in a respectful climate of tolerance.

Many people asked about the freedom of religion in Morocco. While it is illegal for Muslims to renounce Islam, the three religious leaders stressed the importance of accepting all faiths and granting permission for all of them to practice their traditions. The Muslim leader explained that there is "no coercion in religion (Koran 2:256)," and that this should be lived out in daily life by embracing diversity.

Young people are considered among the most important elements of a society. Making them familiar with dialogue, co-existence and acceptance of the other, despite religious, ideological and cultural differences is an important step for any society that strives for positive change.

Through events like these, Morocco is preparing a new generation, one that is even more capable of co-existing with members of other religions.

Home
Print
Newsletter
More on this topic
Interview with Abdelilah Benkirane: Islam Is Not a Static ReligionThe Writer Edmond Amran El Maleh: A Moroccan Jew with Arabo-Berber RootsInterview with Simon Levi: ''A Culture is Never Lost''
Related Topics
Christians in the Islamic world, Dialogue of Cultures | Intercultural Dialogue, Dialogue of Religions, Jews in the Islamic world, Minorities in the Muslim world, Places of Dialogue
All Topics

The façade of a twelfth-century cathedral is an unlikely place to find a message in Arabic script carved in stone, but so it is in the Portuguese city of Coimbra. Marta Vidal ... END_OF_DOCUMENT_TOKEN_TO_BE_REPLACED

The country's national election on 8 September will likely bring new government. But neither experts nor locals expect it to bring long-promised change, writes Cathrin Schaer END_OF_DOCUMENT_TOKEN_TO_BE_REPLACED

The coronavirus pandemic has turned lives upside down all over the world. In the Middle Ages, however, people lived with epidemics all the time. The best and most famous ... END_OF_DOCUMENT_TOKEN_TO_BE_REPLACED

A bird's eye view of eight hundred years of history: Brian A. Catlos tells the story of Al-Andalus in the style of a streaming series and deconstructs the myths of the Reconquista ... END_OF_DOCUMENT_TOKEN_TO_BE_REPLACED

In his new book, "Tangier/Gibraltar- A Tale of one city: An Ethnography", Dieter Haller looks at how shared experiences and practices have created a unique relationship and a ... END_OF_DOCUMENT_TOKEN_TO_BE_REPLACED

While Europe and North America experience something like a return to normality with relatively high vaccination provision and take-up rates, the rest of the world is struggling to ... END_OF_DOCUMENT_TOKEN_TO_BE_REPLACED
Author:
Hind Al-Subai Al-Idrisi
Date:
Mail:
Send via mail

END_OF_DOCUMENT_TOKEN_TO_BE_REPLACED
Social media
and networks
Subscribe to our
newsletter