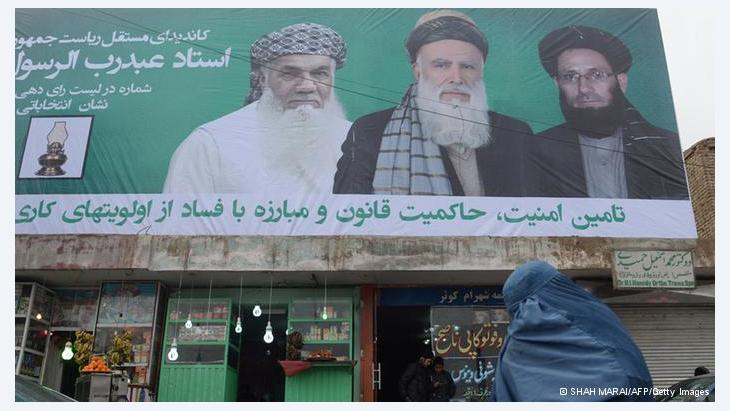 Having already served two terms, Afghan President Hamid Karzai cannot run for president in the election in early April. The end of his twelve years in office marks the end of an era for the country. Ulrich von Schwerin spoke to Thomas Ruttig of the "Afghanistan Analysts Network" about the political situation in Afghanistan after over a decade of Karzai

Hamid Karzai was derided as the "Mayor of Kabul" and defamed as a puppet of the Americans. What status and what kind of influence does the president actually have in the Afghan political system?

Ruttig: The term "Mayor of Kabul" was catchy, but it was inaccurate from the start – both in terms of his constitutional rights as well as with regard to the reality of the situation. It is true, however, that Karzai was chosen by the Americans, who wanted to create a political system in their own image: a presidential system without a prime minister. They wanted to work in Afghanistan with a man who would be able to get certain things done.

In the beginning, the Americans mobilised the mujahedeen, their old allies from the Cold War, to defeat the Taliban. This allowed the warlords to occupy their old power centres once again. Examples include Ismail Khan in Herat and Rashid Dostum and Atta Mohammed Nur in the North. Karzai's power was, therefore, initially limited. However, as the years went by, he put his own people in place in the provinces and significantly expanded his political influence.

So he strengthened central power over the periphery?

Ruttig: Karzai stabilised his rule, but his governance remained problematic. He has access to power, he can lead the way, but he has not made enough use of his office to improve the living conditions of the Afghan people, that is, to fulfil the basic responsibilities of the state. This is due not only to corruption, but also to the fact that he has increasingly represented minority interests, particularly those of the Pashtuns in the South.

What role does parliament play in Afghan politics?

Ruttig: Afghanistan has a strong presidential system in which the parliament has only limited power to restrict the president. In practice, Karzai has frequently ignored parliament. The basic problem with the Afghan system is the imbalance between the executive and legislative branches, the absence of "checks and balances". Ultimately, parliament has only one powerful weapon: the ability to impeach ministers, and this it has done repeatedly.

Another problem is that parliament is fragmented. Although parties are permitted, they are not allowed to draw up lists of candidates for the elections and do not form parliamentary groups. In addition, many MPs see themselves as representatives of their districts and try to get as much as they can for them. This comes at the expense of their presence in parliament and their legislative duties. In addition, an election always represents an investment that must be repaid. That naturally opens the door to corruption. 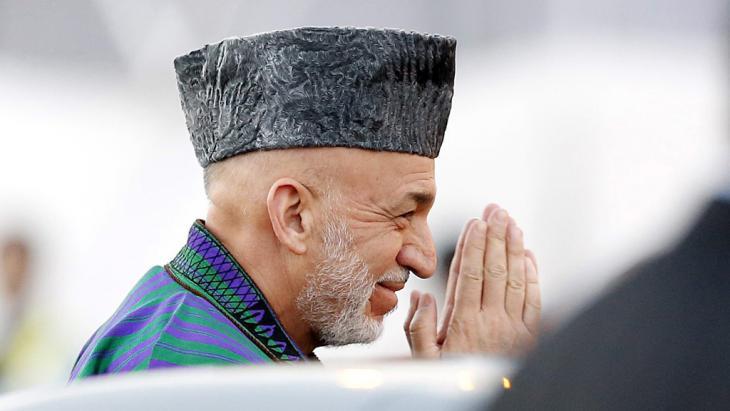 In April, Afghans will go to the polls to elect a new president. After two terms and a total of 12 years in office, the incumbent president, Hamid Karzai (pictured here), cannot run for president again

Ruttig: If you ask me, it is not yet possible to say whether the glass is half full or half empty. Although the power of many warlords has been restricted, Karzai had to submit to them. This is related to his initial course, when the Americans forced him to ally with the warlords. He didn't want to do that at all. He had initially pursued more of a pro-reform and pro-democracy course until he realised that the West's democracy rhetoric was a far cry from the practical reality.

Today, the power of many warlords has been limited by their assimilation into government functions. On the other hand, they now have different means at their disposal than merely open violence. And the process is not irreversible. After the withdrawal of foreign troops, some of the control will disappear, and the pieces of cake to be divided up and shared out will get smaller. Moreover, because militarisation of the country has increased, the violence threshold is low. The security forces are large and fragmented, and there are many militias that are scarcely controllable. These armed factions represent a huge explosive force.

So you don't think there will be a lot of changes after the departure of the old generation?

Ruttig: Some of the oldest warlords are now gone, but you have to be prepared for the fact that those who are still alive will be around for one or two more decades. At the same time, there is a kind of dynastic tendency, with sons succeeding warlords and party leaders. This is evidence of that fact that Afghan socialisation has not gone away, even though some of these sons have studied in the West.

The old social structures are still there. They have been partly undermined by war and violence, but the ingrained hierarchical thinking still exists. As long as the head of the family is there, he determines what direction to take. This is why many of those in the younger generation are following the same path as their elders. And once you find yourself in an official position, you quickly forget your earlier criticisms and simply make money as long as possible.

How close are the links between politics and ethnic identity?

Ruttig: Although the ethnic component plays an important role, it is often exaggerated. The ethnic groups are not homogeneous but internally divided. There are rival leaders within each group. In addition, all the political parties try to show that they are not simply mouthpieces of a specific ethnic group. After the end of the Taliban regime, the younger generation in particular tried to establish multi-ethnic, pro-democracy parties, but they have never received the support they deserved from the West and are, unfortunately, now marginalised.

All presidential candidates have mixed teams, but that is also because of an unwritten rule that the head of state should be Pashtun and his two deputies should come from smaller ethnic groups. Ultimately, Afghanistan has never moved away from thinking along ethnic lines. This makes it difficult to form new identities and new political camps grouped around pertinent issues. To this day, it is all about: do you have the power or do I? As a result, all campaign platforms sound the same. 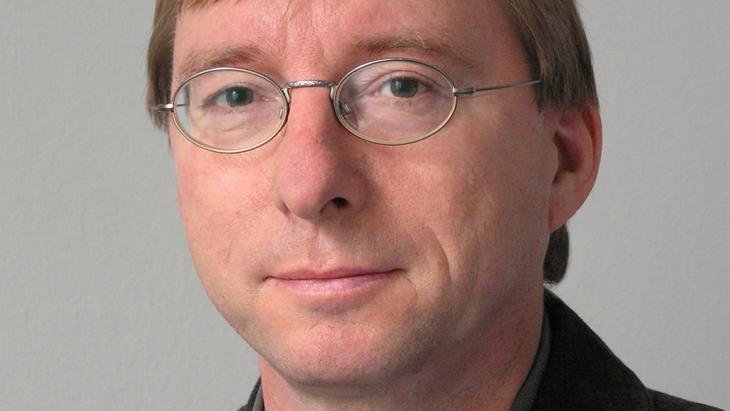 Thomas Ruttig is co-founder and co-director of the "Afghanistan Analysts Network", a group of independent experts. He worked in Afghanistan as a diplomat, journalist and consultant for more than 10 years and has also worked there for the UN and the EU

What about the role of the judicial system? Is it more independent today?

Ruttig: The judicial system is anything but independent; it is extremely subordinate to the Executive and is controlled by Karzai's ally Abdul Rasul Sayyaf. This is one of the most problematic areas. It has much to do with the fact that there are three legal systems in place: the Sharia, tribal law and modern law. These systems collide. What's more, at the top there are some relativists who say: not all human rights correspond to how we see things in Islam, and when in doubt, Islamic law takes precedence.

Does that not reflect the legal views held by many Afghans?

Ruttig: I think that is a problematic way of looking at it. Religion and tribal law are of course deeply rooted. But we must not forget that tribal law excludes half the population: women. Moreover, in everyday Islam, women are subordinate to men. In addition, much of what is sold as traditional is in no way traditional. Social structures have been badly damaged by 30 years of war. The tone is often set by armed groups that legitimise themselves as being religious and brook no opposition.

Are there approaches for a progressive interpretation of Islam?

Ruttig: I see much less room for manoeuvre in Afghanistan than in some Arab countries or in Turkey. The reason for this is that the social trend here is conservative, due in part to systemic violence. The only push for new ideas has come from the ranks of the Shia in Afghanistan. But orthodox Sunnis have often dismissed these ideas as blasphemy. In these circumstances, public discussion of progressive theories is impossible. There is no freedom of thought, which of course does not mean that there are no such thoughts.

Is it conceivable that there could be a settlement with the Taliban after the withdrawal of international forces?

Ruttig: That is the subject of intense discussions. For some of the Taliban, the motivation to fight would be eliminated by a withdrawal. But even if they were to participate in government, the political system would not change; at the most, existing Islamist tendencies would be intensified. That would not be a solution. Also, the Americans want to keep troops in the country, and many of those would be "Special Forces", the toughest of the tough, who are already causing a great deal of conflict today. That would be enough to motivate the insurgents to continue fighting.

Just as the Islamic Revolution fundamentally changed Iran 43 years ago and had an impact far beyond the country's borders, the current wave of protests sweeping the country is set ... END_OF_DOCUMENT_TOKEN_TO_BE_REPLACED

One year ago the Taliban returned to power, seizing Kabul; the U.S. and its allies made a panicked exit from the country. Of all the books written on the subject, four stand out ... END_OF_DOCUMENT_TOKEN_TO_BE_REPLACED

Jonas Poher Rasmussen's Oscar-nominated animated documentary “Flee” focuses on the life of a refugee from Afghanistan. Based on a true story, it centres around the question: when ... END_OF_DOCUMENT_TOKEN_TO_BE_REPLACED

The Biden administration could have used Pakistan’s economic crisis to compel the country to sever its longstanding ties to terrorist groups. Instead, the U.S. protects and ... END_OF_DOCUMENT_TOKEN_TO_BE_REPLACED

No country in the Islamic world is influenced as strongly by the traditions of Sufi culture as Pakistan. Yet the Sufis there have been under attack from Islamic hardliners for ... END_OF_DOCUMENT_TOKEN_TO_BE_REPLACED

On 15 August 2021 the Taliban overthrew the government in Afghanistan and seized power. One year later, the country is facing multiple challenges that demand immediate global ... END_OF_DOCUMENT_TOKEN_TO_BE_REPLACED

Comments for this article: "The violence threshold is low"

By claiming Karzai represents 'minority' interests, i.e. those of the Pashtuns in the South, the author must surely mean 'particular' instead, as the Pashtuns are the largest ethnic group in Afghanistan?

END_OF_DOCUMENT_TOKEN_TO_BE_REPLACED
Social media
and networks
Subscribe to our
newsletter