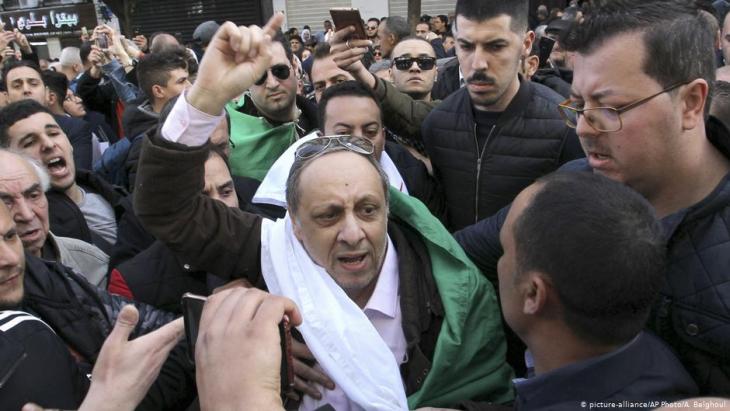 Presidential elections or constitutional assembly? Algeria's opposition continues to argue over ways to overcome the crisis. A proposal by the Jil Jadid party could finally break down the entrenched fronts. Sofian Naceur spoke to its leader, Soufiane Djilali

The Algerian regime is currently facing an opposition divided into two camps. Where is Jil Jadid in all of this?

Soufiane Djilali: Jil Jadid does not take a dogmatic stance. We're searching for a formula to resolve the crisis. The current regime, although represented by official institutions, is actually led by the military. The army wants to restore the legitimacy of the president in order to rid itself of the current government leadership, which represents a risk. It is therefore systematically calling for presidential elections to be held soon.

One section of the Algerian opposition wants to hold elections quickly and introduce reforms as soon as there is a new head of state. But this part of the opposition also distrusts the current regime and fears that it might manipulate the elections. So it is demanding negotiations and insisting on transparent elections.

The other opposition faction has adopted a more radical position and wants constitutional reform to happen first, meaning they want to change the nature of the regime even before elections are organised. We, however, believe that this could destabilise the country.

Djilali: How are representatives to be appointed for such a transition? How should they be selected? None of the parties represents a majority of the population. And the protest movement is disorganised and riddled with contradictory ideas. It is therefore not possible for the protest movement, the regime or the opposition to appoint legitimate leaders for a transition. To try to bring about institutional change before elections would only lead us into flagrant contradictions. 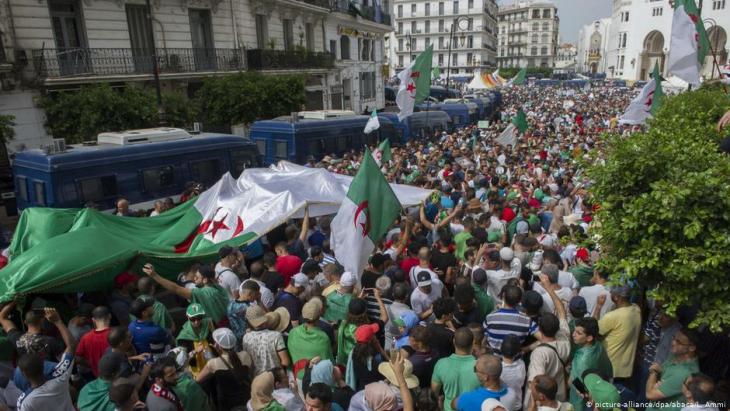 No to political stagnation: even after the political resignation of Algerian President Bouteflika, the demonstrators are still demanding the establishment of a democratic state and an end to the military's dominance in state and society. They want the presidential elections postponed on July 4 to be held without any participation by the military, Bensalah and General Gaid Salah

If we were to strive for immediate system change, we would have to keep the current regime until the reforms were completed. That would take years. In order to reform the constitution, very broad-based debates would first have to be held and that would instantly revive all the disparate ideologies in the country.

The secularists would want a secular constitution, the Islamists an Islamist one. Some prefer a presidential system, others a parliamentary one. To answer these questions alone is very complicated and would take a long time – without even addressing much more complex aspects such as language or identity – are we Arab, African, Berber?

The Algerian state's insufficient response to a recent spate of femicides has driven hundreds of women to defy coronavirus lockdown restrictions to take part in street protests, ... END_OF_DOCUMENT_TOKEN_TO_BE_REPLACED

EU parliamentarian Dietmar Koester criticises the Union's failure to speak up when faced with human rights abuses committed by its Middle Eastern allies, while pointing out that ... END_OF_DOCUMENT_TOKEN_TO_BE_REPLACED

On the 10th anniversary of the Arab Spring we can’t quite escape that substance called remembrance. Yet, eschewing facile modes of nostalgic remembrance and/or tragic lamentation ... END_OF_DOCUMENT_TOKEN_TO_BE_REPLACED

In her third and most recent novel, Paris-based Algerian author Kaouther Adimi writes almost prophetically about a rebellion by a handful of children against the rigid and ... END_OF_DOCUMENT_TOKEN_TO_BE_REPLACED

Mass protests began in Egypt on 25 January 2011. They triggered the overthrow of long-time ruler Mubarak. Ten years later, many human rights activists and journalists are in ... END_OF_DOCUMENT_TOKEN_TO_BE_REPLACED

END_OF_DOCUMENT_TOKEN_TO_BE_REPLACED
Social media
and networks
Subscribe to our
newsletter