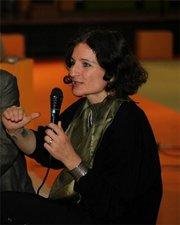 Almut Sh. Bruckstein Çoruh: "When one leaves this exhibition, one doesn't see sides any more. No right or left, no East or West, and not even any clear borders between classical and contemporary categorized works"

​​ The director of the Berliner Festspiele said that the "Taswir" exhibition aims to counter the mistrust and lack of understanding facing Islam. To what extent can one achieve something like this with art?

Bruckstein: Joachim Sartorius, in one of his very first sentences at the opening, said, "An exhibition that has emerged from discussions with artists can achieve what is so difficult for politics and what the German Islam Conference has been unable to do, namely, provide immediate contact with objects and people." He referred to the meeting with contemporary artists as an essential moment for coming into contact with what otherwise remains so foreign to us. This exhibition allows us to show something that is completely utopian in the realm of politics.

Does this mean the exhibition illustrates that there is more between the cultural worlds that binds than divides?

Bruckstein: I would go even further and say that the exhibition renounces any "regional" definition of what is "Islamic." It is not chronologically ordered. In no sense does the exhibition aim to provide a sketch of the history of so-called "Islamic art" from its beginnings through to the present day. And it is not conceived in terms of regions – the more than 50 participating artists are names on the international art scene.

The exhibition doesn't try to show how contemporary artists from the so-called "Islamic world" come to grips with their own roots. It isn't meant to be a dialogue between cultures, which perhaps seems somewhat surprising.

​​ A dialogue presumes two opposing collectively characterized sides. When one leaves this exhibition, one doesn't see sides any more. No right or left, no East or West, and not even any clear borders between classical and contemporary categorized works. What the exhibition, however, does show is a poetic association of artistic positions, classical and contemporary, that are organized along certain issues.

These are issues like drawing as a trace of the absent, linking such works as the Persian miniature from the 16th century depicting the sandals of the Prophet and a piece by Rebecca Horn entitled "Waiting for Absence." These are general issues that span time and location. One could say, they are human issues – the sort that Aby Warburg might have called "emotional formulae".

You thereby deconstruct the categories of Western art history with respect to Islam. For instance, you display a Picasso in connection with a richly decorated Koran manuscript. How are these links established?

Bruckstein: We posed the question as to the visual form of calligraphy. It manifests itself as one of the most paramount art forms, especially in valuable Koran manuscripts, Persian quatrains, and in Ottoman calligraphic arts.

There is a visual dimension to the script. In the Sakıp Sabancı Museum in Istanbul, I saw Picasso's lithographic work for Pierre Reverdy's "Le Chant des Morts" and the question arose as to the connection between Picasso and the phenomenon of the line in Ottoman calligraphy. In the "Picasso and Koran" room, we are concerned with the phenomenon of the line in visual, acoustic, and melodic form. 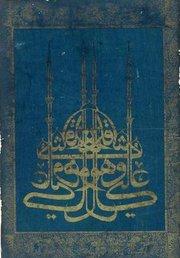 "One of the most paramount art forms": late 19th century Ottoman calligraphy panel (Levha) in the shape of a mosque

​​ One can listen to a Tajweed, for example (Koran recitation, ed.), with 15 different versions from various times and locations. And then Goethe stands there in the room and says, "Don't only read, always sing! and every page is yours."

The visitor enters a mini-cosmos where three sides of the room are covered in a Maghreb Koran manuscript from the 12th-13th century and the fourth side is a gigantic Picasso wall with unbelievably large red lines.

This is a correspondence that is not only intended to be visual, but also physical. What I mean by physical is that there is a performative dimension to the text, which wants to be sung. There is also a connection between text and movement, as recitation is, of course, a physical act.

With all its poetical associations, the exhibition also strikes a certain political tone.

Bruckstein: I think that the political tone is the result of an act of extraction from the extremely monolithic history of Islamic culture that Europeans have constructed. The pure detachment of these objects from the history of "Islamic ruler dynasties", or from wherever they are typically classified in museums, is a political act in itself.

In public debate, "Islam" is often referred to as some kind of monolith, and the public has no real understanding of what this means. This kind of debate has a very violent and distancing political function. This exhibition would have been completely impossible had we also chosen to single out the collective "other," because the objects and the artistic positions are so intertwined.

How have you integrated the miniatures?

Bruckstein: It was done via a detour through the visual imaginative power of poetry. This is how I conceived the room called "Prophet and Portrait – Face and Effaced Face." It is devoted to the pictorial representation of the Prophet, but this issue reaches even further. It has to do with how the painter has an effect on his model.

We exhibit a wonderful Shahnemeh miniature from the 16th century that portrays a very plastic veiled Mohammed pointing his finger at the moon with his face turned toward his companions. They in turn look to the moon and point their fingers at him – a circular reference.

​​ It is as if the Prophet were saying, "If you want to see my face, then look at the moon, as the moon is the metaphor for the perfect beauty of (my) countenance." In addition, the room features a quote from al-Ghazali, which says, "The smile of his lips was like the beauty of the full moon."

I played with this metaphor of the full moon throughout the room. Of course, this is also a Buddhist and an Indian metaphor. A Korean moon vase is also on display here, as the moon has the same significance in the Korean tradition. It is a game with poetic metaphors, and this is essential in miniature painting.

To what extent can classical Islamic art be brought together with contemporary art? The show must have encountered a hail of criticism. 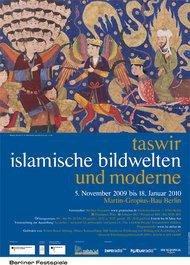 Persian, Arabic and Ottoman pictorial traditions viewed in the light of contemporary artistic activities: The exhibition "Taswir - Pictorial Mappings of Islam and Modernity"

​​Bruckstein: Certainly. The critics said that the objects on display had been torn from their proper context and that this was an act of artistic violence. What is exciting and paradoxical about this is that my method of curating corresponds to the principle of citation.

There is hardly a constellation or arrangement in the exhibition that does not follow a precedence – a literary or artistic source, an association with a discussion, or even other exhibitions. And citation is, of course, the most traditional of all methods.

What I practice as a curator, therefore, exactly conforms to a traditional reading of things. The most conservative form of transmission, such as a Hadith or a Midrash, makes use of citation.

And to constantly cite means to cite something out of one context and to place it in another. A citation is at one and the same time traditional and also radically transformative. The exhibition could be characterized as a tightrope walk between these two poles.

According to western Oriental studies, there can only be one order, and that is determined by the cultural otherness of Islamic sources. It serves as the foundation of their categories. Despite thirty years since Edward Said's criticism of Orientalism, this historically construed European order remains so self-evident that it receives no public reflection. This gesture of citation undermines these thought categories in a productive way.

The exhibition runs until 18 January 2010 in the Martin-Gropius-Bau (Berlin) and is presented by the Berliner Festspiele in cooperation with ha'atelier.

Almut Sh. Bruckstein, initiator and director of ha'atelier - platform for philosophy and art, initiator and co-director of the international project "Jewish and Islamic Hermeneutics as a Cultural Critique" at the Institute for Advanced Studies, Berlin (2002-2005); Martin-Buber-Professor at the Johann Wolfgang Goethe-University, Frankfurt on Main (2004-2006).

END_OF_DOCUMENT_TOKEN_TO_BE_REPLACED
Social media
and networks
Subscribe to our
newsletter