A School for Democracy in Iran

Amir Sheikhzadegan is of the opinion that the supporters of Karroubi and Mousavi have learned from the earlier experiences of the reform movement under former president Khatami and have made a conscious decision to demonstrate peacefully and voice realistic political demands. Alessandro Topa spoke to the Iranian sociologist 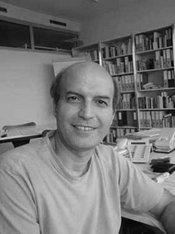 Amir Sheikhzadegan: "What we are now seeing for the first time is a decentralised grass roots movement"

​​What are your views on the events of recent weeks, Mr Sheikhzadegan?

Amir Sheikhzadegan: I am very concerned. For me, it has been a mixture of hope, joy, mourning and fear. Now the period of confession has begun: arrested journalists, politicians and demonstrators are being forced to make statements that they were working towards a "velvet revolution" on behalf of foreign powers. In this way, the leadership is externalising the problem. The message it is sending out is that of an innocent people being led astray by the enemy.

People in Europe are surprised about the various forms of protest, but most particularly about the fact that so many people are taking part in the demonstrations. How does this democratic awareness, which is now being demonstrated openly for the first time in years, fit into the history of the country?

Sheikhzadegan: An important aspect is the historic decoupling of anti-imperialism and the fight for democracy. In the ideology of the revolutionaries, these concepts were absolutely inseparable. Even under Mossaddeq, the most liberal Iranian leader of the twentieth century, there was a strong anti-imperialist impetus. At the latest since the opening up of the political system under Khatami, it was evident that people were no longer interested in anti-imperialism.

Sheikhzadegan: Because Iran was no longer dependent on the USA or any other major power. In the meantime, the democracy movement has completely emancipated itself from anti-imperialism.

Are there any other historical factors relating to the social and political change in Iran that would make it easier to understand current developments?

Sheikhzadegan: Before and after the revolution, the pro-democracy movement was led by national-liberal politicians, intellectuals and clerics like Mehdi Bazargan, Ali Shariati and Ayatollah Taleghani. As a political leader, Khatami was also a typical intellectual.

Impetus for the Iranian democratic movement: the liberal Islamic politician and leader of the Iranian "Freedom movement", Mehdi Bazargan (right), was the first prime minister of the Islamic Republic

​​What we are now seeing for the first time is a decentralised grass roots movement. This has nothing to do with Kant or Voltaire, but with the day-to-day lives of the Iranians. People are saying: "It would be a step towards democracy if my vote were to count. It would be an important step if I could express my opinion without suffering repression." Before, there were philosophical debates about the constitution, the division of power or the role of parliament  which are ultimately abstract things for many people in Iran.

Does this mean that the arrival of the movement in people's day-to-day lives and the making of justified demands, like the women's movement with the "one million signature campaign", was important for the depth and cohesion of the movement?

Sheikhzadegan: Yes. The democratic movement used to be an urban phenomenon that was carried by the upper middle class and the intellectuals, including some bazaris. Today, however, people in all walks of life are talking about things like civil rights  even in the villages. At conferences, I am constantly meeting colleagues who study or teach in the South and East of Iran. They bemoan the civil rights situation in the country.

In what way have the experiences of the reform movement, which has experienced a new impetus since 1997 under Khatami, shaped the current protest movement?

Mohammed Khatami is often seen as the failed reform president, but during his term in office, the press did became more dynamic

​​Sheikhzadegan: On the one hand, the press became more dynamic under Khatami. This provided a platform for a broad discussion of questions relating to civil society: from the criticism of the arbitrary nature of the judicial system and the reception of complex theories about democracy to reflections about the social role of art. This heightened Iranians' political awareness. On the other, people began to take a closer look at the way the regime dealt with this political change. They noticed and revealed the system's mechanisms of repression.

The people had several opportunities to look behind the religious façade of the system  e.g. on the occasion of the serial murder of intellectuals or during the show trials against Tehran's Mayor Karbaschi. This shaped their political circumspection: How does the regime react to this activity or that? How can we overstep the boundaries of repression a little more each time? It was a bit like a school for democratisation …

…Do you mean today's protest movement?

Sheikhzadegan: Exactly. The movement surrounding Mousavi and Karroubi is in many ways the result of the lessons learned in the first reform movement: there is the peacefulness of the demonstrations and the emphasis on Islamic convictions, for example, in the shouts of "Allaho-Akbar". Then there are the very realistic, virtually modest demands that comply with the law. What's more, they have learned from the history of the Iraqi and Afghan people: they know how dangerous a power vacuum or the toppling of a regime can be.

In other words, you see a strong line of continuity between the old and new protest movement in Iran?

Young women in particular from all classes of society support the great new hope of the "green protest movement", Mir Hossein Mousavi

​​Sheikhzadegan: It is the same movement, just more realistic and more experienced. No new issues have been added, but these issues are being formulated more clearly and in a more generally comprehensible manner.

Are there any other notable aspects of the most recent protest movement?

Sheikhzadegan: The role played by women! The Islamists exploited Iranian women to get into power. This is why they have been fighting tirelessly for 30 years to improve their status in society, an improvement they originally hoped to get from the revolution. Today, census figures from 2007 tell us that 52 per cent of students are female; women are also active in almost every area of society, even in parliament and also in leading positions in business. In the long-term, this is a highly significant trend, especially because a so-called "Islamic feminism" has emerged within religious circles.

A lot of veiled women took part in the silent protests in Tehran, but there were also people of all ages and from all classes of society. How would you assess the heterogeneous character of the movement?

Sheikhzadegan: This is a national uprising. I do not agree with the argument that it is mostly the lower classes and the people in the country that support Ahmadinejad's policy. I myself come from a district in southern Tehran and know from my own experience that Mousavi has supporters in all classes. People want a change towards greater political participation – that is a broad social consensus.

"The clerics are changing from spiritual leaders into scholars of Islam alone"  Shia scholars in Qom waiting for the Grand Ayatollah Montazeri, who was put under house arrest by Khamenei in 1997

​​Do you believe that the clergy, which has frequently voiced criticism in recent times, could make a comeback? I am thinking here of Ayatollah Montazeri and Ayatollah Sanei's outspoken support for the protests?

Sheikhzadegan: There are too many variables to predict what will happen in the future. But I don't believe that we will experience a comeback of the clergy. The Shia Taqlid system, according to which every believer follows in his actions a Grand Ayatollah as the "source of emulation", no longer plays as great a role as it used to. The clerics are changing from spiritual leaders into scholars of Islam alone. That being said, the clerics still have enough influence to combat the increasing militarization of political structures.

In terms of the power constellation in Iran, one often hears of a struggle between two economic systems: the guardians of the revolution on the one hand, who control the lion's share of imports through companies like Khatam Al Anbia, a business empire, of which Ahmadinejad is the face, and on the other the old links between the clergy and the bazaar economy, whose figurehead is the "Pistachio billionaire" and chairman of the Assembly of Experts, Rafsanjani. Is an internal war being waged for control of the Iranian economy?

Sheikhzadegan: It's not quite as straightforward as all that. Let me give you an example: Ahmadinejad also has important bazaris on his side; he enjoys the support of the hejat-e mo'taleffe, a follow-up organisation to the radical Islamic fedajan-e eslam. This group controls the import of iron, tea and many other strategic goods.

How would you assess Ahmadinejad's increasingly vocal nationalism? At the first conference after his re-election, he said that one could not define the word "civilisation" without using the word "Iran".

For the fundamentalists, on the other hand, nation and state are almost one and the same thing, and nationalism is just a means to strengthen existing power structures. The ideology of the "Islamic Internationalists" played a very similar role at the start of the revolution. Today, the conclusion has obviously been reached that it is easier to gain people's loyalty to the system by appealing to their national pride.

Amir Sheikhzadegan studied sociology and ethnology at the University of Teheran before emigrating to Switzerland in 1986. His doctoral thesis was a comparative work on the seizure of power by political Islam in Iran and Algeria. He gained a doctorate from the Sociological Institute at the University of Zurich, where he lectures and is involved in a long-term analysis of social change and political discourse in Iran.

Political Power Struggle in Iran
Fighting a Losing Battle
According to the Iranian writer Faraj Sarkohi, the great hope of the Iranian reform movement, Mir Hossein Mousavi, has manoeuvred himself right off the playing field in the aftermath of the elections. Ali Akbar Hashemi Rafsanjani, on the other hand, is emerging from the political crisis as the winner

Abolhassan Banisadr
"The Regime Cares Nothing about Human Rights"
In the background of Iran's election fraud a power struggle is raging over the successor to Ali Khamenei, whose son Mojtaba is favoured by many conservatives and radical powers within the regime, writes former Iranian President Abolhassan Banisadr

Controversial Election Results in Iran
A Silence that Speaks Volumes
Iran's Shia clerics are obviously unhappy with the current situation; their silence is deafening. In the run-up to the election, Mahmoud Ahmadinejad obviously made a number of enemies amongst the clergy. Bahman Nirumand has the details

END_OF_DOCUMENT_TOKEN_TO_BE_REPLACED
Social media
and networks
Subscribe to our
newsletter