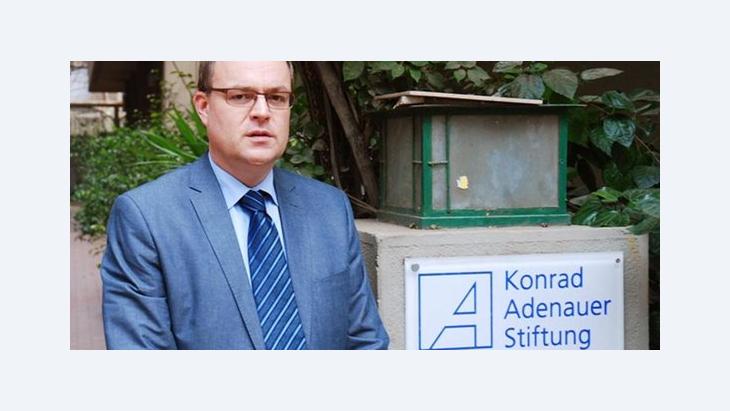 Egypt in the Grip of the Generals

﻿Even under the newly-elected President Mohamed Mursi, Egypt's old regime remains highly influential and will likely control the Nile nation in future, says Andreas Jacobs, who led the Cairo office of the Konrad Adenauer Foundation until late May. Björn Zimprich spoke to him

﻿Mr Jacobs, Mohamed Mursi is Egypt's new president. Are you surprised by the result?

Andreas Jacobs: Everyone I spoke to over the past few days assumed that Mursi had won the elections. The ruling military council presumably thought the same. Over the past days and weeks, it made sure that an election victory of this kind would be to some extent acceptable.

Huge restrictions were imposed on presidential powers. This made it possible for a Muslim Brother to assume presidential office while at the same time allowing the current military system of government to retain its power behind the scenes. Viewed in this context the current result may be surprising, but had been hinted at over recent days.

At 51.7 percent, Mursi's victory was a relatively close one. How does one explain the good performance of Shafiq, a clear representative of the old regime?

Jacobs: There are many people, among them critics of the old regime, who prefer the stability of that regime to the uncertainties presented by an Islamist in the post of president. This fear of the Muslim Brotherhood is mostly prevalent among Christians, the old elites, the urban middle classes and intellectuals. 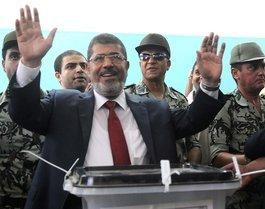 Weak president, strong military: Before the results of the election were announced, the army passed constitutional amendments to secure comprehensive powers. Analysts say there is still no way of countering the political will of the Military Council

​​In addition, the Muslim Brothers lost a lot of support over recent months because of their political manoeuvring. This would presumably explain why many people voted for Shafiq in the end.

With Mursi at the helm, will Egypt now become an Islamic Republic, so to speak?

Jacobs: From a purely legal standpoint, Egypt has long been an Islamic state. Up to now Islam has enjoyed constitutional status and that is unlikely to change. Whether the political system will now undergo a process of Islamisation depends on the showdown now beginning between the forces of the old regime and the Muslim Brotherhood. I think that this will trigger strong resistance on both sides. Presumably some superficial Islamisation measures will be imposed, for example as far as the media or the sale of alcohol are concerned. This could have a negative impact primarily on tourism and culture.

Many people were surprised by the outcome of the first round of the presidential race. What's your assessment of this result?

Jacobs: It was first and foremost a surprise because most observers and commentators had been referring only to state controlled media and the urban elites. These sources put moderate candidates and the leftwing surprise candidate Hamdeen Sabahi in front. If research had however been carried out in Upper Egypt and the Delta region, it would have probably yielded a quite different impression. Here, many people still support either the old regime or the Muslim Brotherhood.

What role do opinion polls play in this context? The forecasts, which were so often misleading, have come in for some heavy criticism recently.

Jacobs: None of these opinion polls are representative. Egypt does not have a reputable practice of opinion polling or a tradition of empirical social research. In this respect I would assume that either the polls were badly carried out or that they were quite simply commissioned for political gain.

Jacobs: That wasn't a surprise. It had been rumoured for months that parliament could be dissolved. Many representatives of the old regime viewed the makeup of the new parliament with great horror. Many Egyptians perceive a parliament consisting of politically inexperienced Salafists and Muslim Brothers as ignoble. This meant that its dissolution was not criticised to the extent that might have been expected. 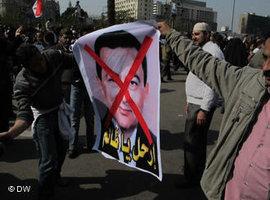 Dr. Andreas Jacobs: "The Egyptians have toppled their dictator thereby gaining a completely new political self-confidence – and they won't ever allow that to be taken from them again"

​​This move must be seen as an integral part of the military's strategy to safeguard its power in the event of the presidential office changing hands. An Islamist-dominated parliament and a President from the Muslim Brotherhood would, taken together, present too much of a danger to this claim on power.

In short: Does Egypt have a democracy or are we still talking about a military dictatorship?

Jacobs: We are still talking about a military dictatorship.

What does this mean for Egypt's future? Do you still harbour hopes of a democratic transformation?

Jacobs: The problem is that as far as the time frame for a transformation of a regime of this nature is concerned, our expectations are much too high. The current upheaval can indeed set something in motion that may lead to greater democracy and the rule of law in the long term. The Egyptians have toppled their dictator thereby gaining a completely new political self-confidence – and they won't ever allow that to be taken from them again. But at the moment we're witnessing a very strong counter movement.

Even with a Muslim Brotherhood president at the helm, the old regime is highly influential and will probably control the nation in future. That's why it could be decades before a sustainable democratic process has been truly established. This has nothing to do with the fact that this is a middle-eastern nation. Processes of this kind need time wherever they occur.

You make it sound as though the development process is very organic and predictable. Is it however not the case that liberal forces, the much-touted “Tahrir Youth”, made strategic and organisational errors?

Jacobs: Yes of course, but they are not alone. The same has also occurred in other places. There was no concept in place for the post-Mubarak era. The only demand was first and foremost: Mubarak must go! And when he really had gone, the revolutionaries were left without a unifying bracket, so to speak.

Targeted by the military: In late December 2011, raids were carried out on 17 Egyptian and foreign NGOs, including the Konrad Adenauer Foundation. The organisations were accused of receiving illegal funds and inciting unrest

​​They spent too long celebrating their victory and neglected to apply themselves to the political groundwork involved in setting up parties and hammering out concepts. This is why the liberal and secular camp is weak and fragmented.

Until late May, you managed the Konrad Adenauer Foundation (KAS) in Egypt. Your foundation has had an office there for several decades. How far could the KAS perform a supportive role before and after the revolution?

Jacobs: We've been in Egypt for 35 years, and that means we have many contacts and partners who helped us before and directly after the revolution to offer a whole series of political educational programmes.

Personally speaking, I found this to be a very exciting time and it was quite thrilling to see how quickly we were able to continue our work after Mubarak's resignation. It meant that at least up until May/June 2011, many things were possible that were not possible before. I think we made good use of this period.

Your work in Egypt was then suddenly interrupted in December 2011 when public prosecutors ordered the closure of the KAS office and brought an action against you and your staff. Did you expect this development and what is your assessment of it?

Jacobs: There was no warning of any kind. The move came as a complete surprise to us. But in the second half of 2011, a whole series of measures were taken against actors – individuals and groups – who were viewed in some way as politically uncomfortable or furthering the revolutionary cause. It started with bloggers and youth activists, went on to affect football clubs and Copts, and finally foreign NGOs.

Why was the Konrad Adenauer Foundation selected for closure?

Jacobs: We still don't know exactly why. We presume that an example had to be made and that we were selected as a fig leaf in order to dilute the anti-American nature of the operation. Apart from us, it only affected US-American organisations.

What are the current prospects for the future work of the KAS in Egypt? Have you been able to reopen the office and continue your cooperation with partners?

Jacobs: We have no ongoing operations in Egypt at the moment and we've not yet received our documents and computers back. We're waiting for the Egyptian side to let us know as soon as possible whether we can work again in Egypt, and when.

Home
Print
Newsletter
More on this topic
The Muslim Brotherhood's Morsi Egypt's New President: Damned to CooperationEgypt after the Presidential Election: The Military Hands over Power ... to ItselfThe Parallel World of the Egyptian Military: An End to the Oasis for the Privileged
Related Topics
Arab Spring, Arabellion, Egypt Revolution 2011, Egypt's army, Muslim Brotherhood
All Topics

Political analyst Taqadum al-Khatib argues that Egypt can, in co-ordination with its European partners, develop a common vision to solve the complex conflict in Libya. For this to ... END_OF_DOCUMENT_TOKEN_TO_BE_REPLACED

The upheavals of the past year in the MENA region are arguably as momentous as those of the Arab Spring in 2011. Yet perhaps the biggest difference is that our interest seems to ... END_OF_DOCUMENT_TOKEN_TO_BE_REPLACED

In 2019, the long-running Penguin Classics series released its first novel translated from Arabic: Tawfiq al-Hakim’s "Return of the Spirit", conveyed into English by William ... END_OF_DOCUMENT_TOKEN_TO_BE_REPLACED

Equality in divorce, a ban on polygamy: reformers of Islamic family law have a clear agenda. They are exploiting the ambiguity of traditional jurisprudence. By Joseph Croitoru END_OF_DOCUMENT_TOKEN_TO_BE_REPLACED